By SayProsper01 (self media writer) | 2 months ago 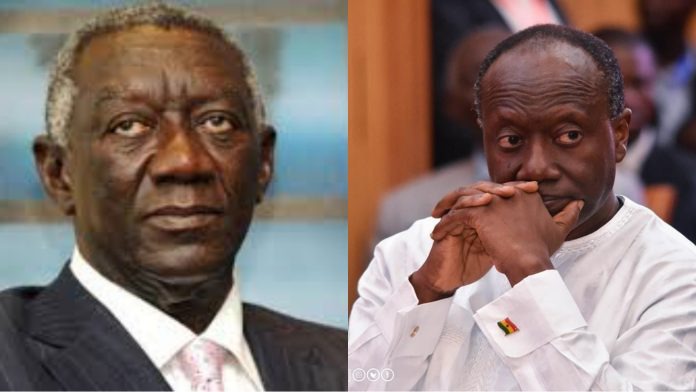 According to a statement issued by Dr. Kwabena Osei-Adubofour, his Senior Aide and Spokesman, reports circulating on social and traditional media implying President Kufuor wishes to persuade MPs to back down on their appeal is false.

He claims the former President despises the growing tendency and misinformation being spread with malice on a subject on which Mr. Kufuor has not spoken.

He adds that if he wants to remark on a national problem, he will do so when it is appropriate, but he does not want to get pulled into people's "terms and agenda."

Former President Kufuor has not invited any of the 98 NPP MPs to a meeting.

Former President John Kufuor's Office has come across some media reports, both social and traditional, claiming that the former President has extended an invitation for a meeting with him to the nearly a hundred NPP members of Parliament who are demanding the sacking of the finance minister, ostensibly to dissuade them from their stance.

We desire to draw the general public's notice to the fact that the aforementioned articles are false.

The former President's administration strongly opposes the growing tendency of misinformation that aims to drag President Kufuor into subjects on which he has not spoken.

The former President is as concerned as, if not more concerned than, others about Ghana's well-being and stability, and is doing everything he can to help the country overcome the seemingly intractable problems that are currently engulfing our society, and he would be the last person to engage in petty and uninformed politics in the circumstances.

Mr. Kufuor would not hesitate to remark publicly on national matters at any moment he deemed appropriate. But he would never be dragged in on other people's terms or agenda.

Content created and supplied by: SayProsper01 (via Opera News )