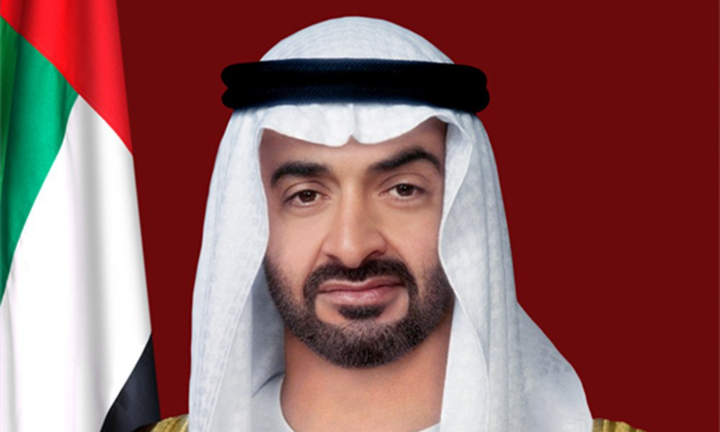 Former President Sheikh Khalif Bin Zayed passed away on May 13, 2022, and as the laws in the Gulf nation demanded, a new President had to be appointed immediately to continue steering affairs.

Sheikh Mohamed was eventually appointed as the new President by the Federal Supreme Council on May 14, 2022, and as courtesy demands, President Nana Addo Dankwa Akuffo-Addo took to his Twitter handle to send his congratulatory message.

" The people and Government of Ghana and I congratulate the newly elected President of the United Arab Emirates, His Excellency Sheikh Mohamed Bin Zayed Al Nahyan. It is my sincere hope that the new President will continue on the path of delivering unity, security, progress and prosperity to the people of the UAE", he tweeted among others. 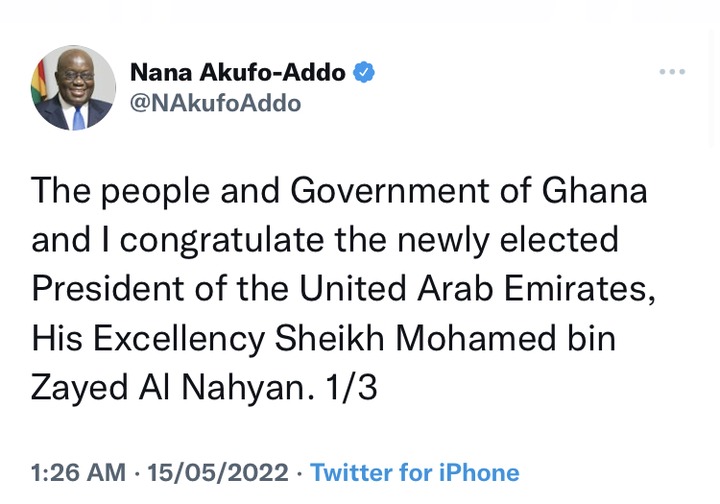 This kind gesture of the President on behalf of himself and the people of Ghana appears not to have found the better side of tweeps who responded and criticized the President for the gesture.

Whilst others supported the move, others express unhappiness on why the President would be quick to send congratulatory and condolence messages to foreigners but hardly makes statements on issues in his jurisdiction. 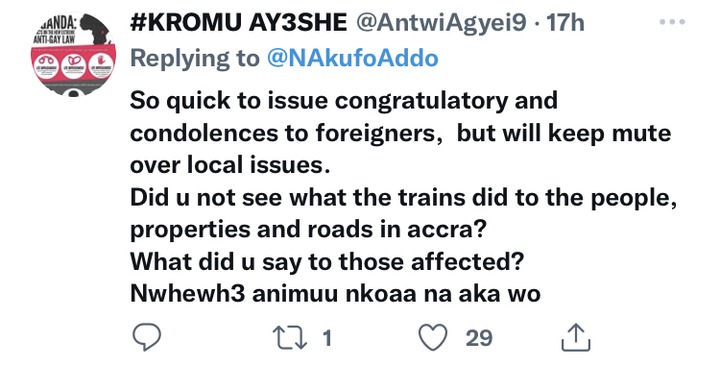 Others also accused him of remaining quiet on the recent flooding in Accra that has affected some businesses and homes in the Metropolis. 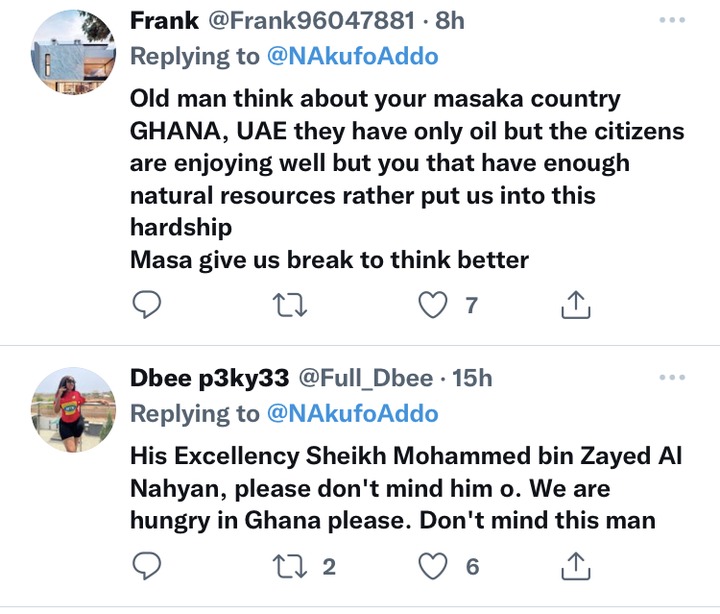 Some tweeps suggested it is too early for the President to send this kind of message because the family and all of UAE are still mourning. 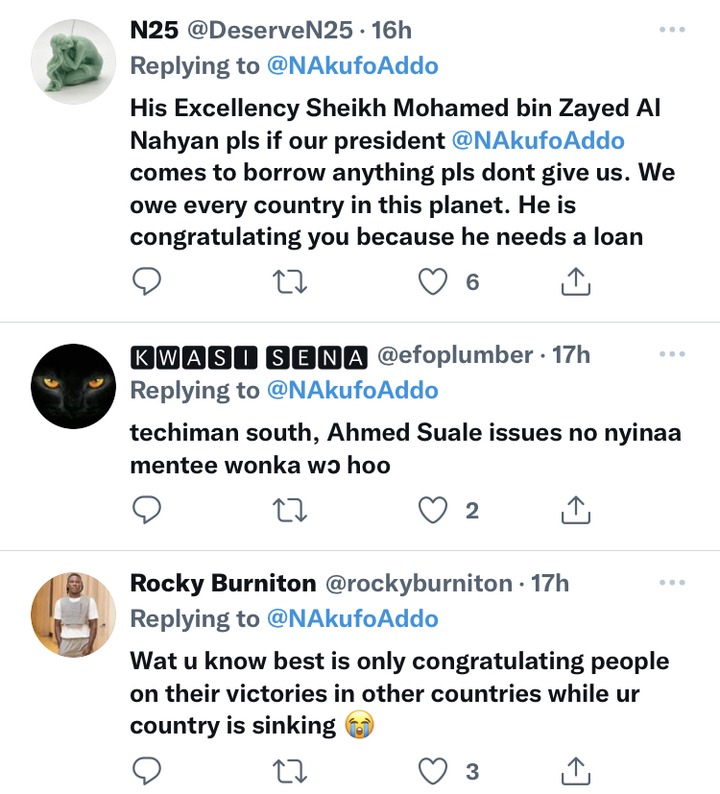 Some sweeps also supported the gesture and indicated that it was a step in the right direction diplomatically.

10 Most trending and profitable business in Ghana.

Who Remember This Kumawood Actor? See How He Looks In July, 2022.

5 Ghanaian celebrities who made fashion a glam