"You Shouldn't Have Posted This"- Ghanaians To NtimNation 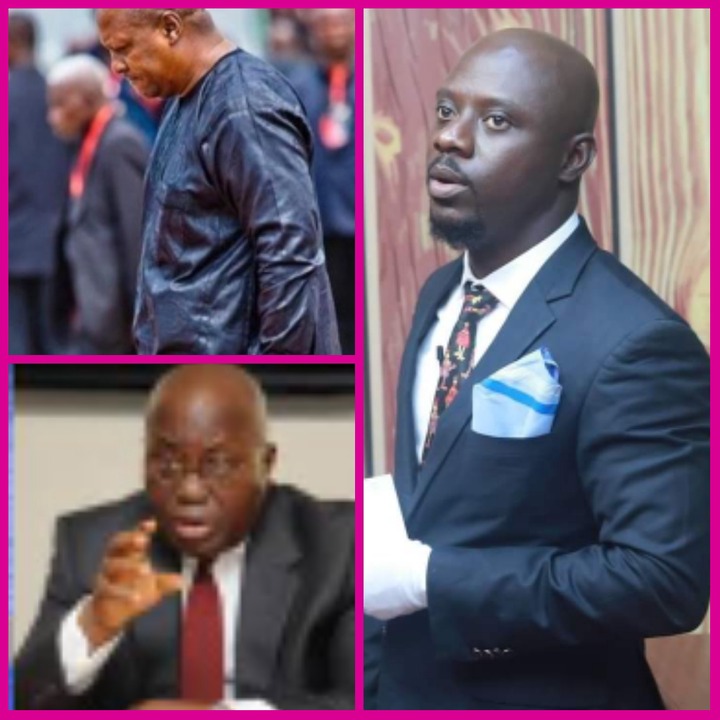 Ghanaians have told celebrity, NtimNation that he shouldn't have posted a message when Celebrities in the country are mute on recent happening in the country after Nana Akufo-Addo retain power.

NtimNation in a message sent to Ghanaians have stated that the reasons why Celebrities are no more commenting on Political issues in the country is that immediately they started criticizing things ongoing in the country, people start to associate them to a political party in the country and pour insults on them although they get some support. He then went ahead and told Ghanaians that they should come together and let them fix the country and leave NDC and NPP aside.

But Ghanaians have reacted massively to his message and told him that he shouldn't have posted that message because the same celebrities he is trying to defend are the same people who defended, criticized and organized massive demonstration during former President, John Dramani Mahama's administration. Ghanaians who wants fairness for both Political parties in the country said that irrespective of any political party in power, Celebrities must criticized and speak on behalf of the masses.

Someone reacting to NtimNation's post stated that: NtimiNation Massa you shouldn’t have posted this bro! You either been scared/coward or you trying not to step on people toes!!! We were here in this country where celebrities organised demonstrations upon demonstrations, you had sarkodie recordings tracks addressing issues! What has changed now? Why are people been killed for expressing their views/anger? Massa you gotta be real! It’s either you say it as it is or you keep mute! Go to your brothers (clemento) and read what he wrote there! Massa Yɛni abre ooo, it’s either you on our side or you pleases the politicians 😞.

"If you really love your country, it doesn't matter how you are branded. With time those with conscience will see what you actually stood for. Ghana first" someone told him.

Another Ghanaian feels that: I think it would have been better if you have never posted at all my friend. Your silence could have been better than this post. When precedence are set, we follow them regardless. The likes of some of these useless celebrities have clearly shown their quick ways of judge in the past years and what stops them from doing same now? I petty my colleagues who make noise about these celebrities day in and day out. If they think some issues are worth talking about and even making songs about then, then I think they all need to talk into everything that happens in the country.

"I support you. If they keep on been quite and all the people in Ghana are dead and don't have money, we will see who will stream their song and go to their shows" someone fumes.

Someone said: People are asking these people to speak up today because most of them spoke yesterday. We begin to think their stomachs are now full that’s why they’re quiet because everything they spoke against in the past is happening in a 1000% folds today. They can’t say everything is about NPP and NDC. No, because sadly that has always been the case. And they spoke anyway.

See the message he posted which have generated this issue.