Reactions All Over As Sammy Ablakwa Sends A Direct Message To The NPP. Bawumia In Deep Trouble. 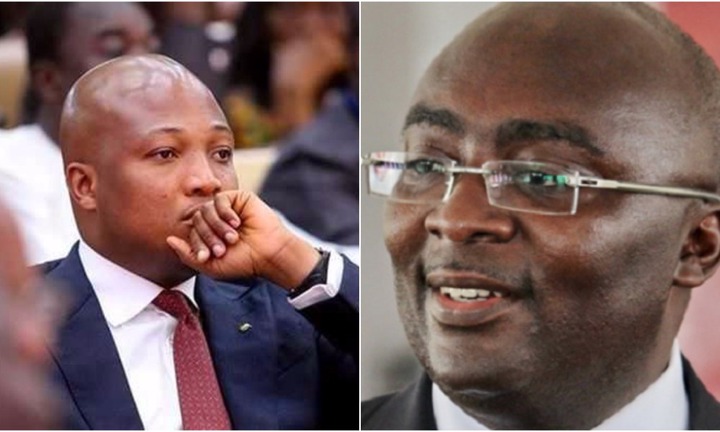 The New Patriotic Party yesterday renewed their mandates in relation with their national party executives in an open elections as the Accra Sports Stadium. Many series of moments were captured as the unexpected happened and has left many in shock.

Sammy Ablakwa has taken to his official twitter page a post to access the current government and made some stunning analysis in addition. After the elections, John Boadu lost the seat to husband opponent which was the master shock of the day. John Boadu haven being endorsed by all the 16 regional NPP chairmen still lost after even sharing and alleged amount of money to vote for him. This left many marvel led and has given Sammy Ablakwa the opportunity to relay a message to the camp of the Vice President in his preparations to succeed the party’s flagbearership position. 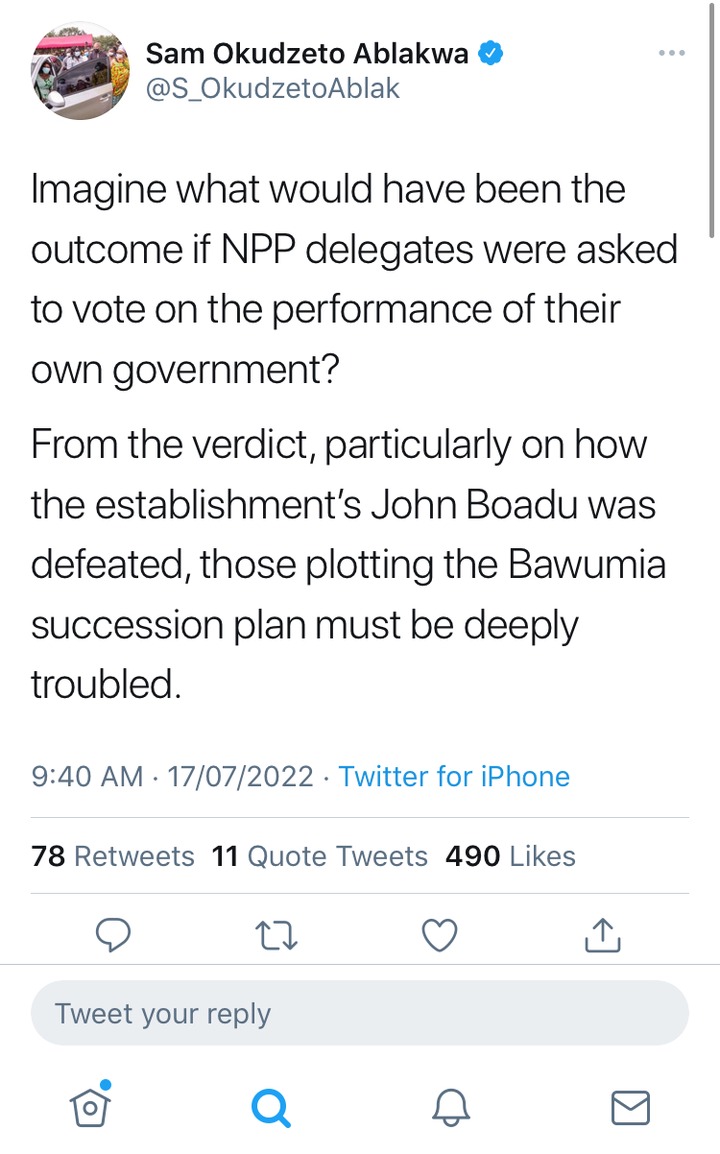 Sammy Ablakwa shared in a post that, “ Imagine what would have been the outcome if NPP delegates were asked to vote on the performance of their own government? From the verdict, particularly on how the establishment’s John Boadu was defeated, those plotting the Bawumia succession plan must be deeply troubled”.

This message looks quite simple but very critical when analyzed with a close mind. This is enough to be a wake up call to the Vice President and His team to tighten their belts very well for it is not as easy as they see it to be.

This stunning statement made by Ablakwa has left many reacting and find below some of the comments I gathered: 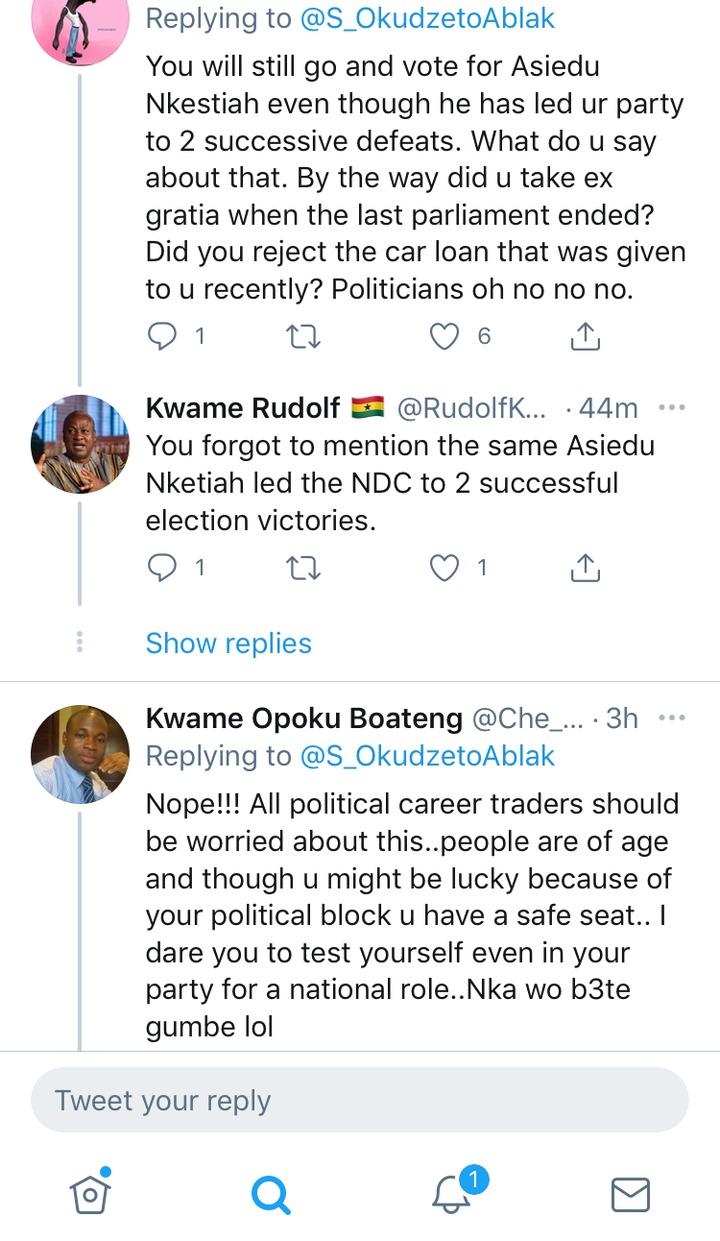 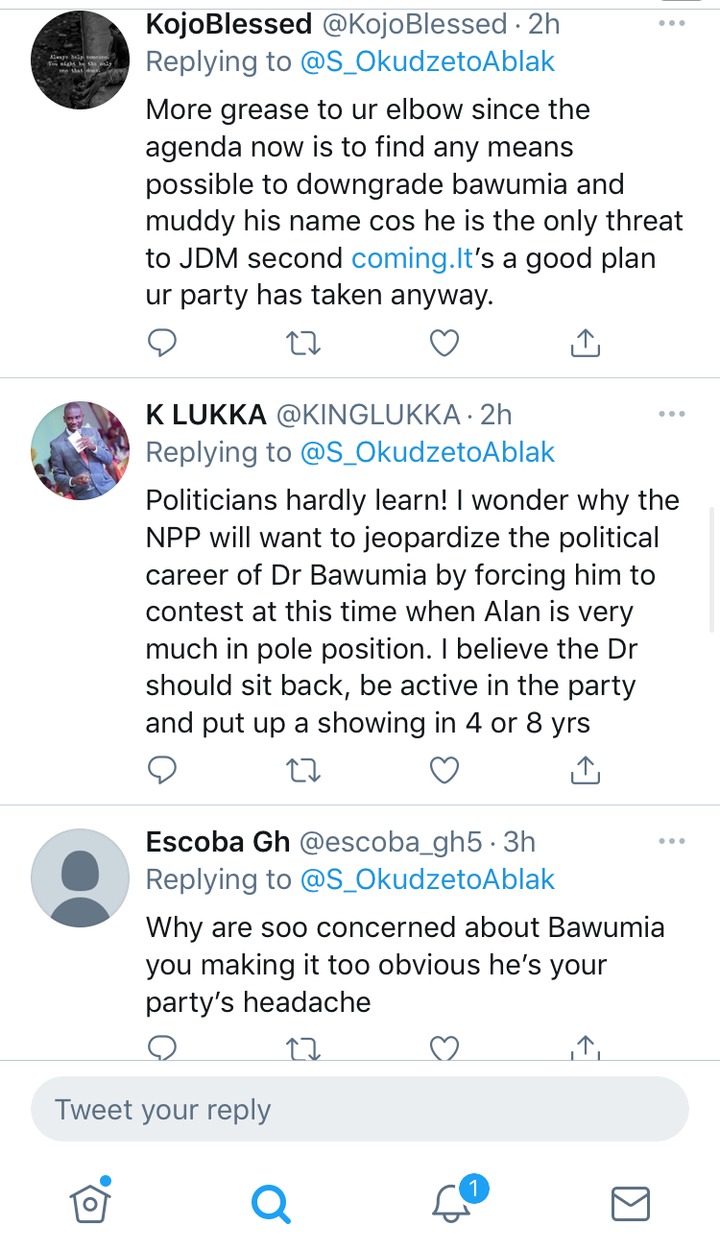 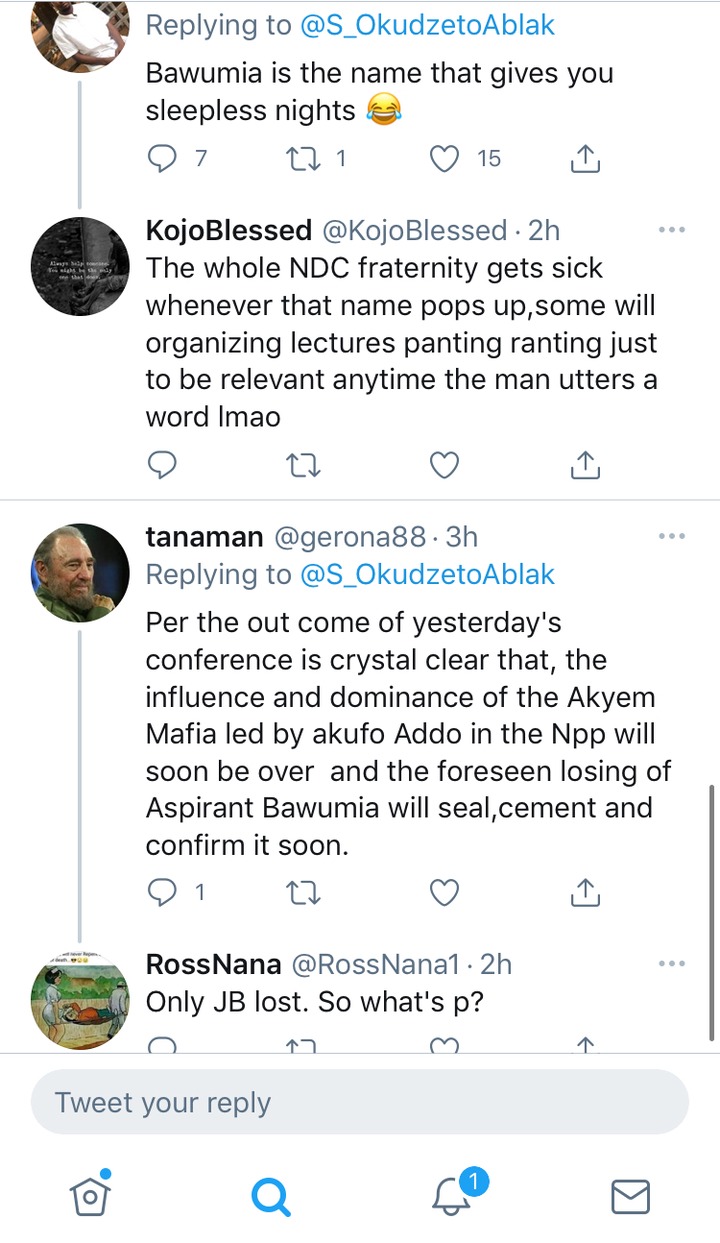 What do you think about Sammy’s statements and indicate if there is any probability of same happening to the Vice President when the time comes? Drop them in the comments section below and do not be left out.

Alan Is Repeating The Mistakes Of Nana Addo- Alan On A Promise Making Spree?