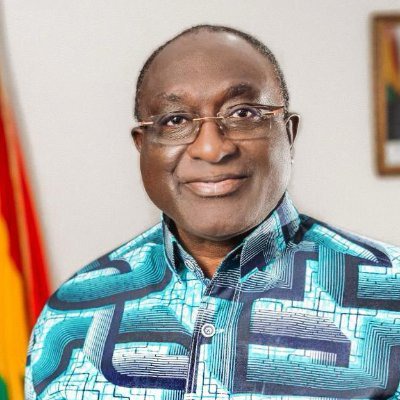 Pressure is mounting on Minister for Trade and Industry, Alan Kwadwo Kyeremanten to resign from Government in order to fully focus on his ambition to lead the governing New Patriotic Party (NPP) as its flag bearer in the next election.

This call is being made by some polling station executives of the NPP from across the country.

The group is led by Hopeson Adorye, the former Parliamentary Candidate for Kpone Katamanso.

Speaking in an interview with Accra-based Okay FM last Monday, October 3, Mr Adorye says Mr Alan Kyeremanten has distinguished himself and waited patiently for his turn to lead the party.

"The academia, middle class and grassroots like him because of this. It's the polling station officers who are bringing Alan as flag bearer. They are always asking him when he is stepping down from his role as Minister'', he stated.

He says Mr Kyeremanten remains the only viable candidate among the names being bandied around for the NPP's flagbearership.

He added that the Trade Minister has the goodwill and appeal to retain power for the NPP beyond 2024.

"We are bringing him, that is why we say eduruwoso". The question we must ask is which candidates won't take us into opposition.

“All the aspirants are okay but which of them won't take us to the opposition? It's only one person who will retain us in power", he said.

"He is someone who appeals to the middle class, children and party members, and he’s able to sway opposition members to vote for the NPP.

‘He is in the person of Alan Cash. Apart from him, no one else. Nobody can find fault with him because he is a man who has distinguished himself.

“Alan himself has comported himself when it comes to adhering to NPP's ban a campaign", he said.

The New Patriotic Party have elected their executives from across the various levels of the party with the President candidate position the only slot left to be filled.

Several top members of the party have expressed interest in leading the NPP into the forthcoming presidential election in Ghana as candidates.

The main contenders so far are Dr Bawumia and Alan Kyeremanten with the likes of Kennedy Agyapong, Member of Parliament for Assin Central, and former Energy Minister Boakye Agyarko lurking in the shadows.