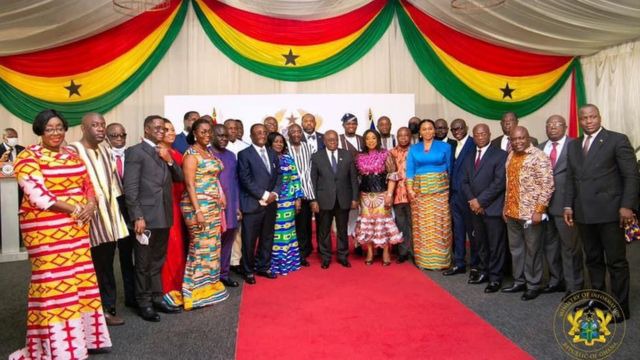 The Communications Directorate at the Jubilatee house headed by Mr. Eugene Arhin has set the records straight on a list purported to be that of Deputy Ministers appointed by President Nana Addo Dankwa Akufo Addo.

Ghanaians woke up on March 29, 202, to a tall list of Deputy Ministers allegedly appointed to assist the various Ministers of State.

The list has since gone viral with many congratulating the names involved.

In the said list, Mr. Bernard Okoe Boye has been appointed by the President to serve as the Deputy Minister for health whilst NPP stalwart, Yaw Afomako Baafi is billed to assist Kojo Oppong Nkrumah in the Ministry of Information.

However, a statement on the Facebook wall of Mr Eugene Arhin, the head of Communications at the Jubilatee house of Ghana has cleared the air on the list.

According to Mr Eugene Arhin, the public should disregard the list because the president has not appointed any Deputy Ministers.

He adds that if the President is ready with his list of Deputy Ministers, it will be communicated to the entire public officially.

"This list/report is completely FAKE, kindly disregard. The President has NOT released any list of Deputy Ministers. If and when he does, you’ll see it here first". He noted. 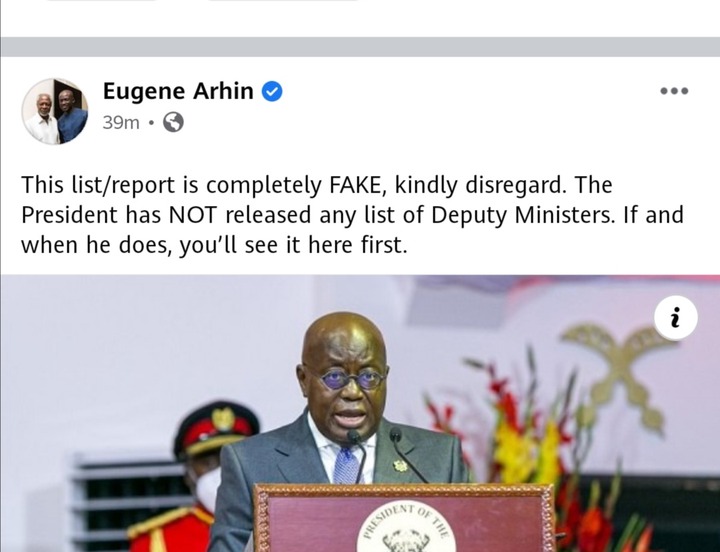 The fake list of Deputy Ministers is coming at a time when Parliament appointment committee has completed the vetting of all the substantive Ministers of President Nana Addo Dankwa Akufo Addo.

The last was Mr. Ken Ofori Atta who was vetted just last week after he fell Ill and was transported outside for treatment.

The Deputy Ministers, once appointed will assist the substantive ministers in the various ministries.

Private Schools to recruit only licensed teachers in Ghana.

AKuapem polo has been sent to Nsawam

10 is understatement; I have dated over 30 guys - Bella of Date Rush reveals