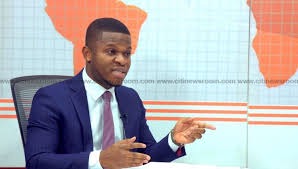 The national communication Officer for the National Democratic Congress, Sammy Gyamfi has met former deputy minister of health, Hon Bernard Okoe Boye on live TV as they discussed the 2022 budget statement approved by parliament on Tuesday which amazed Ghanaians.

Sammy Gyamfi speaking on Metro TV good morning Ghana show today stated that what NPP did on tuesday is Constitutional Nullity. He stated that they will continue to press the majority in parliament to do the right thing for Ghanaians. He disclosed that the NPP government was so desperate to impose hardship on Ghanaians and that was the reason why they went to approved the budget statement unconstitutionally.

Dr Okoe Boye on the show hit back at Sammy Gyamfi and stated that the NDC is acting as if they don't know that the budget proposed by government is good and its going to help government to get more money to develop the country. He said government policies are clear but NDC is trying very hard to dent the government so that they can win 2024 elections and impose hardship on them. 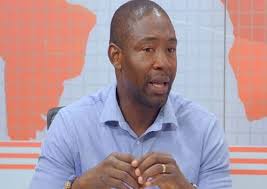 Sammy Gyamfi in responding to him stated that Okoe Boye should stop what he is saying because they know what they are going to use the money for. Sammy Gyamfi told Dr Okoe Boye that NPP perfectly know that taxation is good but they told Ghanaians in 2016 that taxation is a lazy man approach and John Mahama is incompetent in managing the economy. He was very upset with Dr Okoe Boye for saying that they don't know what monies are going to be used for as NDC was want the budget to be rejected and told him that the E-levy must scrap completely.

Sammy Gyamfi asked Okoe Boye that what have changed before they are taxing Ghanaians instead of making the money through production?

On the show a lot of people were looking up to Dr Okoe Boye to respond to Sammy Gyamfi's questions but he chose to proceed on different matters which Ghanaians thought that what Sammy Gyamfi is true and Dr Okoe Boye just don't want to embarrass himself before the general public.