Hon. Samuel Nartey George who is known popularly in the Ghanaian community as Sam George is a Ghanaian politician and member of parliament for the Ningo Prampran constituency in the Greater Accra region of Ghana. The Ningo Prampran legislature is on the ticket of the opposition National Democratic Congress (NDC). He presented a bill to Ghana's parliament house for consideration. This bill is to ban all LGBTQ related activities and to criminalise the said topic (LGBTQ) in mother Ghana.

The Honourable member of parliament has received massive support from Ghanaians and people all over the world for the firm decision taken. Earlier within the week, some religious organizations led by the chairman of the Church of Pentecost (COP), together with some clergymen and women walked into parliament to present now in 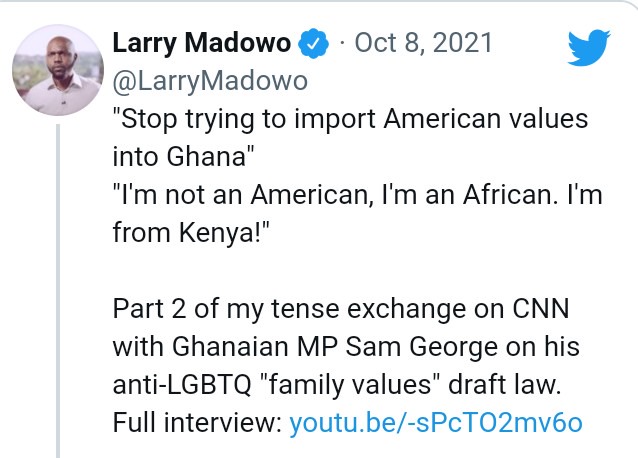 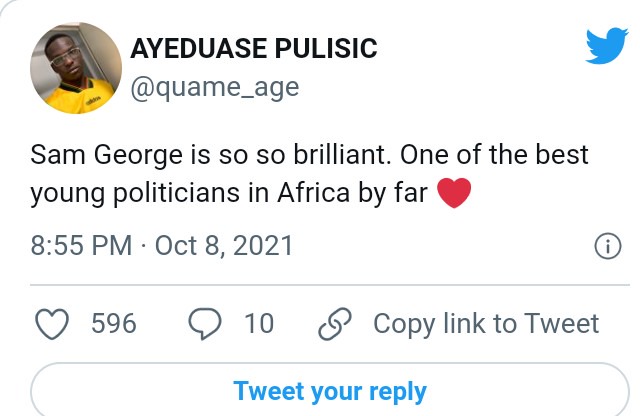 Member of Parliament (MP) for the Ningo-Prampram Constituency, Hon. Samuel Nartey George who is known popularly as Sam George is a Ghanaian politician and the keen campaigner of the anti LGBTQ bill in Ghana. He was granted am interview on live TV and Ghanaians and other social media users shower praises on him for showing high sense of intelligence and integrity. The interview seemed like a lecture to many, considering the the step - by - step approach taken by the Ghanaian MP to answer and explain his claims.

Hon. Samuel Nartey George, the Member of Parliament ( MP) for Ningo-Prampram came out of his interview with CNN unscathed and with an enhanced reputation as a keen defender of the ‘culture and values’ of Ghanaians in relation to the anti-LGBTQ+ bill he presented to Parliament.

Ghanaian social media space is filled with praise for Sam George who mounted a fierce defense of the decision by some MPs to sponsor the bill that seeks to criminalize homosexuality in the country.

A seeming attempt by Kenyan-born CNN reporter Larry Madowo to have Sam George choke on his own bill backfired as the legislator, in the estimation of most social media viewers distinguished himself and addressed the issues effectively. Hon. Sam George displayed high level of intelligence and he proved to everyone he understands what he is doing.

Whiles showering praises on Sam George for articulating his position soundly with well-researched information on the topic, some users criticized Larry Madowo for not preparing effectively for the interview.

They observed that Madowo was not well abreast with the content of the anti-LGBTQ+ bill which formed the basis of the interview.

A tweet by the CNN reporter on the interview was hijacked with words of praise for Sam George and bashing of Madowo for his perceived bias as well as some words he used on Sam George.