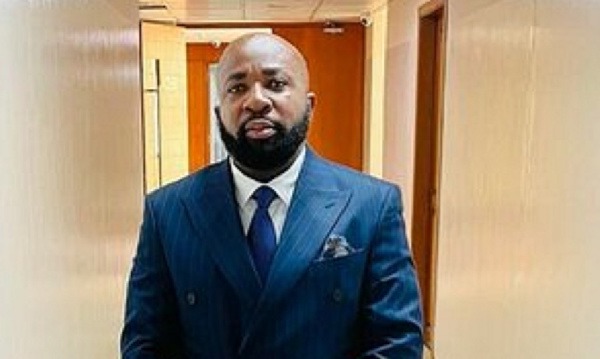 US …thrown out despite his diplomatic passport – The Herald Ghana"/>

An executive assistant to President Nana Addo Dankwa Akufo-Addo, Charles Nii Teiko Tagoe, paid close to US$10,000 for a trip to the US in mid-September.

Tagoe paid the aforementioned sum for the trip, which was reportedly scheduled to last from September 13 to September 21, according to a report by Larry Dogbey, publisher of the privately owned Herald Newspaper.

The article further stated that the Jubilee House employee was deported despite possessing a diplomatic passport for undisclosed reasons.

In a Facebook post, the presidential aide denied having a diplomatic passport and being deported. He also expressed the intention to sue the journalist for the article.

In reaction, Larry Dogbey posted information about a KLM flight on Facebook, claiming that Tagoe had spent as much as US$9,600 for the entire trip.

You left Ghana on Tuesday, September 13, 2022, onboard KLM through Schipol Amsterdam to New York, according to a portion of Dogbey's post. You flew back the following day, on Wednesday, September 14, 2022, on a Delta Airlines direct flight from New York to Accra.

“You wanted to come back onboard same KLM through Schipol on Wednesday, 21 September 2022. Who buys a ticket for nearly UD$10,000 to see New York City through the windows of an airport? Waiting for your lawyers.”

The presidential staffer offered another clarification on his Facebook wall which read: “So I arrived at John F Kennedy International Airport on Delta Airlines flight DL 047 from Amsterdam and I was arrested and deported at Dallas, Texas International Airport, onboard a United Airlines according to Larry Dogbey and The Herald Newspaper? We shall meet very soon wai.”