Speaking on Angel TV Live on July 6, 2022, NDC sympathiser Appiah Stadium made a number of alarming claims. He contacted the host to respond to Chairman Wontumi's assertion that Mahama was a thief and a drunkard, which was stated on UTV. But what he said was astounding.

He stated that he would close the Wontumi radio and studio once the NDC won the presidency. He continued by claiming that Chairman Wontumi would have paid terribly for speaking I'll of the former president if it were not for certain circumstances. 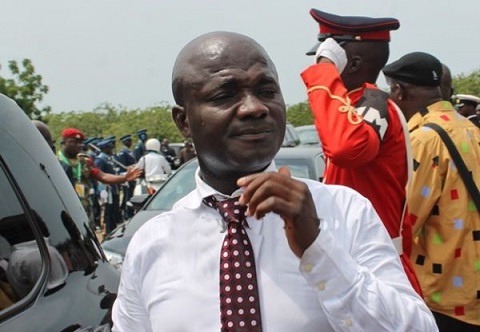 Additionally, he asserted that Akuffo-Addo who flied with Serwaa Broni in the Presidential jet, slept with her. However, the host Nana Yaa Brefo disputed his assertion that he would shut Wontumi Radio once the NDC assumes power and asserted that he lacks the authority to do such.

Ladies And Men, You Will End Up In The Hospital If You Do These 2 Things During Sex.

Use Tomatoe, Ginger and Cassava To Treat BPE And Thank Me Later