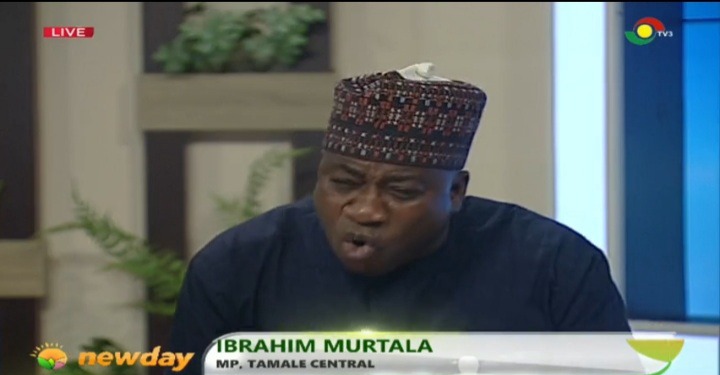 The post budget debate continues to intensify as fresh developments have sparked a longstanding tussle between the majority and the Minority Caucus in Parliament. The recent debate is centred around the approval of the budget that was initially rejected by the Minority. In the eyes of the majority, they have fulfilled their intention to undo what transpired during the last sitting.

However, the Minority Caucus led by Honourable Haruna Iddrisu has strongly opposed the decision by the house. In a presser addressed by Haruna Iddrisu, the minority would take further actions to restore respect and ensure that the budget is reviewed in the presence of the Speaker of Parliament.

Earlier today, December 1, 2021, Member of Parliament for Tamale Central constituency who doubles as a ranking member on Parliamentary committee, Comrade Murtala Mohammed was interviewed on TV3 NewDay show to share his opinion about the approval of the budget. It was a heated discussion as the lawmaker sought to describe the majority leader as an untruthful person.

According to Murtala Mohammed, he is disappointed in the failure of the 1st Deputy Speaker to recognize Speaker, Alban Bagbin and accord due respect to him. He indicated that Ghanaians are disappointed in what Joe Wise of Bekwai Municipality did during the proceedings.

Murtala Mohammed believes that what the Majority group exhibited in Parliament yesterday is in complete contradiction with the constitutional provisions. He reiterated Haruna Iddrisu's statement that the decision would be fiercely protested to overturn the decision.

Speaking further, he revealed that Alban Bagbin would not forgive the 1st Deputy Speaker who acted a Speaker for disrespecting his integrity and orders. The tenor of his remarks indicated that he was optimistic that the decision to approve the initially rejected budget would not be final as his Caucus work assiduously.

He said, "I cannot be happy this morning because of what happened yesterday. The house acted contrary to all expectations and even went further to rescind a decision by the elected speaker. I know Bagbin very well and he will not forgive them."