'Assign blame for the violence in Parliament to Joseph Osei Owusu, not to me - Bagbin

By BatieyRoger (self media writer) | 4 months ago 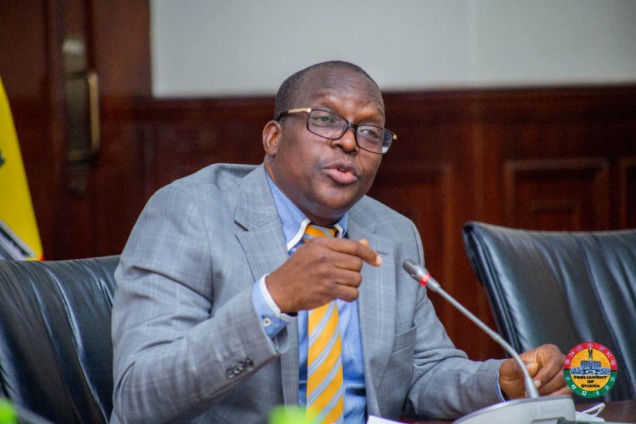 Alban Bagbin, the Speaker of Parliament, believes the Majority Caucus' effort to blame him for the violence in the Chamber last month would fail.

He said in an interview with state broadcaster GBC that the First Deputy Speaker, Joseph Osei Owusu, should be held accountable for the disruptions in the Chamber, stating that his choice to vote during the e-levy debate sparked the conflict.

According to him, the Bekwai Member of Parliament committed an error by trying to vote while presiding over Parliamentary proceedings.

"To be honest with you, my First Deputy Speaker was mistaken in thinking his intention to vote, and so when the Second Deputy Speaker voted, he then called on him to come and take over so that he could vote as well...what that's resulted in the fisticuffs," Mr Bagbin said.

"I left Parliament around 10 p.m., and I communicated to the Second Deputy Speaker via my usher that after the end of the discussion, 'you will read this as my concluding words for the session.' As a result, I had provided notice that I would not be present to read my final comments, and I retired to my residence due to exhaustion."

"Now that what occurred on the floor is being blamed on me, where are we now? This blame game would be pointless; it would be pointless. It was a humiliating blow to me," the former Nadowli-Kaleo Member of Parliament said.

He also remarked that if the Majority Caucus continues to attack his personality, consensus-building in Parliament would suffer.

The Speaker mentioned the Deputy Majority Leader, Alexander Afenyo Markin, and many other New Patriotic Party (NPP) members' criticisms on him.

"In fact, one of them suggested that I learn to lead. It is due of my position of leadership that he [Afenyo Markin] can not get it.

"You come and attack me personally, then you come to the House and want us to have that spirit of consensus building; that is not how things operate," he said.

Content created and supplied by: BatieyRoger (via Opera News )