By AfricaWish.com (self meida writer) | 18 days 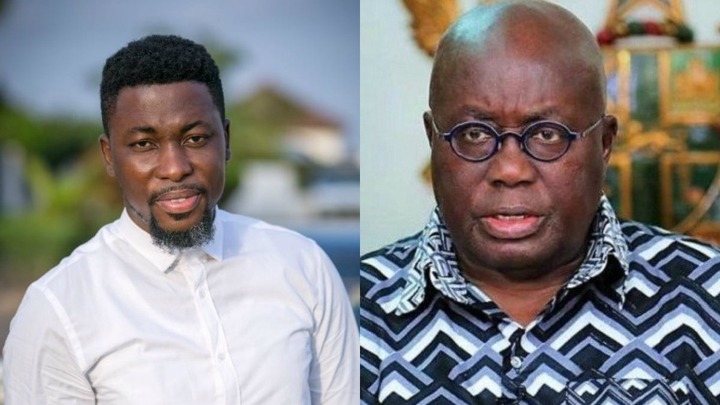 According to him, millions of taxpayers money on bonuses and resources for a very corrupt task force made up of military, police and national security officials.

He then states that, Anyone who has taken time to do a simple trend analysis on Nana Addo will not be surprised why most of his good policies have fallen through.

In A Plus statements, Reads;

After wasting millions of taxpayers money on bonuses and resources for a very corrupt task force made up of military, police and national security officials, burning mining equipment which has landed us in huge judgement debts to be paid with the task payers money and killing suspected illegal miners on sight as proposed by MP for Bekwai, Joe Wise, the entire campaign has been either been relaxed or ended completely in many areas just as America's campaign in Iraq has been relaxed and ended completely in Afghanistan.

What these two campaigns have in common is corruption. The Americans didn't do a lord lucan from the Taliban. They rather took to their heals to escape from a very corrupt Afghan government.

Though HE the President had good intentions of protecting our environment, the anti galamsey task force and everything associated with the galamsey fight was nothing but a state-sponsored criminal gang!

I'm biased towards Nana. Truth is, I still like him personally

Just the sight of him awakens the butterflies in my tummy. My only problem is that Akufo Addo accommodates, protects and pampers criminals. Anyone who has taken time to do a simple trend analysis will not be surprised why most of his good policies have fallen through.

Those who were supposed to help him fight illegal mining went in there to drive locals away from their lands in gangster style, hand the land over to foreigners and provided them with the needed security to mine. There are reports of them ambushing and robbing both local and foreign miners of their gold at gunpoint, while others stole confiscated mining equipment.

The saddest part was when we received reports that the "NPP Prof. Kwabena Frimpong-Boateng party hia sika commission" had taken over mining concessions and shared it amongst themselves and party executives to raise money just as the Europeans invaded, occupied, divided, and colonised Africa during the scramble for Africa between1881 and 1914. You do this to your fellow Ghanaians who waited patiently in the scorching sun to vote for you but turn around to criticize white people for the slave trade and colonialism.

Apart from all that Hon. Kennedy Agyapong said, the Asantehene, Otumfour Osei Tutu told us publicly that "we know those involved in galamsey. They are in high places, they are amongst us here." Yet none of them was ever charged or prosecuted. It is the poor "Kwaku Frimpong" who was shot and killed without trial.

Since Akufo Addo became president, I'm one of the very few people who have been punished in a corruption case. In my case, he asks the CID to investigate me, Kwame A Plus, for accusing his appointees of being corrupt and sacked Dr Anyah for not supporting the CID when I was under investigation

Nana has fought corruption paaa. Please let's give him a big round of applause