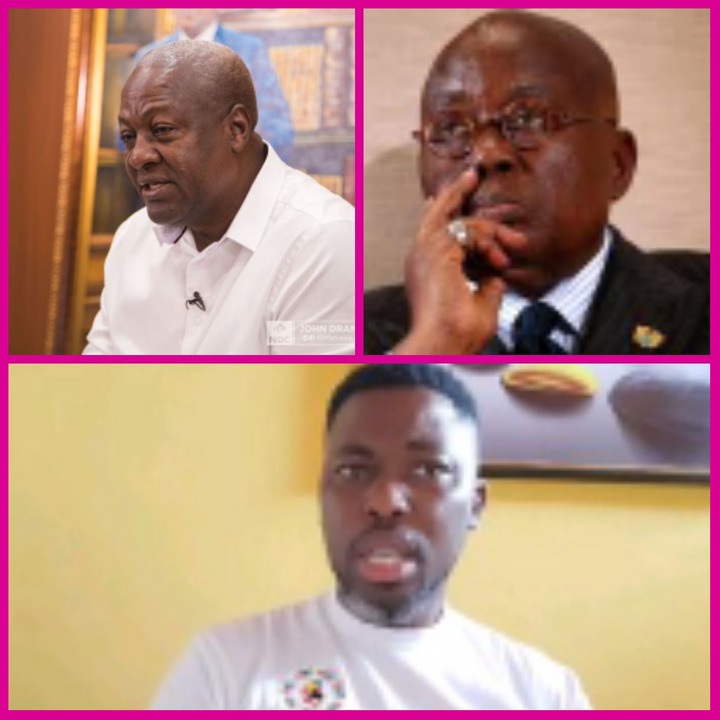 Ghanaians have boldly told political activist kwame Asare Obeing A-Plus that they have lost respect for President, Nana Addo Dankwa Akufo-Addo when A-Plus shared a message from Nana Akufo-Addo in 2012 stating that the youth should never trust former President, John Dramani Mahama when he was in office and he said John Mahama is lying to them and warned the youth then that, Mahama had no future for them and cannot protect the public purse.

Some people stated that: president Akuffo Addo is the most disappointing president Ghana has ever had. "In fact, he doesn't deserved to be called a president because he is as useless as a dead wood so far the presidency is concerned" someone strongly criticized him.

Some people stated that: We have all lost massive respect for his excellency. We thought he had something different to offer. WADR, he is as useless as leaders who were voted out and becoming even worse off with the kind of decisions he brings, from cathedral, to wife salary, double tracking, whole lot of nonsense.

"When Mahama said he can't argue with someone who has never been president before, people thought he was being arrogant" someone argued and remind Ghanaians about what Mahama said in the past.

Someone stated that: Posterity is judging Ghanaians and no one should scream. He told Ghanaians that "you fell for lies and you have it. Deal with it". He added that if John Mahama were to be the President now with all these heart breaking gargantuan chopping of the tax payers monies going on, imagine the tweets we would receive from Nana Addo and Dr Bawumia. But JM is not tweeting unnecessary. He said it seems Mahama has left everything to God. He however said, "I saw people I respected so much supporting and defending this man with all tags that JM was evil. Today, they are enjoying the works of JM. Posterity is judging and as far as majority of the populace still don't have visas to travel outside, we are in this together".

Someone said: The internet is wicked and President Nana Addo wishes all his tweets could be deleted but people keep on searching his Archives to exposed him.

"He wasn't lying. It however turned out he can't also be trusted too. NDC/NPP are the two problems Ghana has that needs fixing" someone advised Ghanaians.

Some people feels that: peace counsel, Christian counsel and other stakeholders are all mute today. They didn't see anything wrong with the mess going on in this country and said this is nyame bekyere republic.

Someone told Ghanaians that in Nyameb3kyere Republic, nothing surprises the youth anymore. "Our leaders are our own modern days slave Masters. Taking advantage of the citizens. We have to give the nation back to British. We will understand things if they take advantage of us than our own people. Confused state of Greedy leaders in all aspect. #Arise Ghana youth for your country" he added.