By Wysopera (self meida writer) | 8 days The Ningo Prampram Constituency Parliamentarian seems to lay low after beating his opponents blow to blow on the LGBTQ agenda. Every citizen of Ghana that has followed the LGBTQ issue would definitely know about Sam George and how he is so passionate about the LGBTQ agenda. He is one of an eight member committee seeking the declaration of the acts of LGBTQ as illegal.

For sometime now, we have not heard of Sam George in relation to the LGBTQ agenda. One might have thought that he has given up on the agenda, but we believe that is impossible considering how his fame against the practice rose even across international borders.

The Ningo Prampram member of parliament who declared that his election into parliament was an act of God seeing how closely he beats his opponent has raised his voice once again concerning LGBTQ. His message was short and simple, but it shook the internet and went viral.

Amnesty international is a group instituted in more than one hundred and fifty countries around the globe, and what they are noted for is to fight for the rights of people. For some George to throw this message to them means he is ready to meet them squarely in their bid to make LGBTQ stand in Ghana.

It is worthy of note that Sam George is not an individual that is anti-human rights. According to him, the practice of the LGBTQ does not fall within the category of human rights. He has termed the act as a perversion that needs to be dealt with and totally banned from the land. 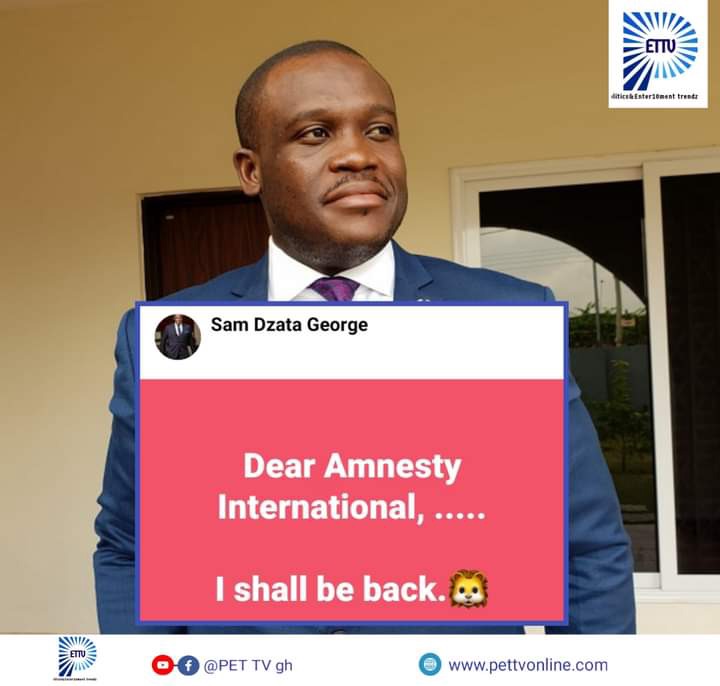 The fact that Sam George is a staunch Christian who believes in the dictates of the bible could make his followers believe that he would stand against the practice even if Amnesty international is involved. This is what Sam George's fans have to say.

Do you think that Sam George can stand Amnesty international?