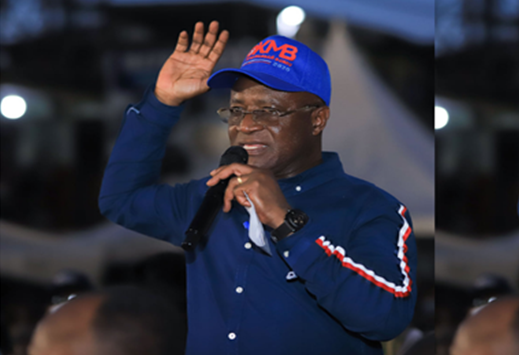 Osei Kyei-Mensah-Bonsu, Majority Leader and Minister for Parliamentary Affairs, has explained why road construction is not one of his campaign promises to voters.

While admitting that some of his colleagues, particularly those seeking to enter Parliament, frequently make promises to build roads, he stated that it was not a lawmaker's responsibility.

Kyei-Mensah-Bonsu, the Member of Parliament for Suame, was recently targeted by some of his constituents for the poor condition of their roads.

When asked about promises to build roads, he told the TV3 host on the August 9 edition of New Day, "I have never done that."

He explained that the best MPs can do is lobby for and facilitate road construction.

"It is because of the general approach, particularly among those who want to become Members of Parliament, they will go and tell people that 'have you seen your MP. He has been there for two terms, he has not been able to facilitate any development project, so vote for me."

Akufo-Addo claimed that his party's track record in comparison to the opposition NDC was as wide as the difference between chalk and cheese.