By NewsAvatar (self media writer) | 1 year ago 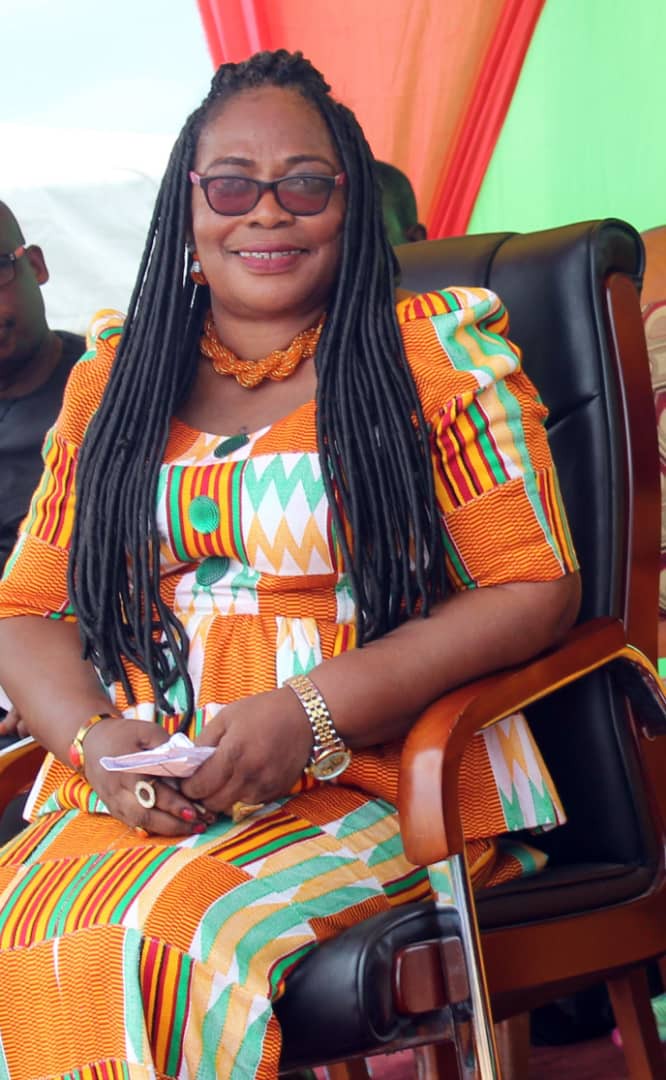 The call comes at a time when various factions within the party are lobbying anxiously for the position of the MCE.

The Group, who shared their appeal with the GNA in an interview was of the view that the President fulfilled his promise of appointing more women in his government when he appointed Madam Eyison as the MCE of Ahanta West in 2017.

They said equal opportunity in the appointment of persons to administrative positions should not be limited to only men, one of the greatest reasons that propelled the people of the Municipality to vote massively for the President in the just ended 2020 elections.

Madam Belinda Oduro, Spokesperson of the Group pointed out that Mrs Eyison has exhibited exemplary leadership and has offered a sterling performance during the first four-year term she had the opportunity to represent the President in the Municipality.

She explained that the Municipality in the last four years under the stewardship of Mrs Eyison has enjoyed peace and tranquility that has culminated in massive development across the length and breadth of the Municipality.

“She has within the four years created a cordial relationship with all stakeholders especially, the Chiefs within the Municipality, the Assembly staff, Assembly Members, party members, religious groups, market women, civil society groups and various youth groups among others”, she stated.

She emphasized that Mrs Eyison has undertaken several projects across the length and breadth of the Municipality, notably the construction of boreholes, school, CHP Compounds, the supply of desks to various schools, award of scholarships to needy but brilliant students, enhancing government flagship program like Planting for Food and Jobs, One District, One Factory among others.

Madam Oduro hinted that until the appointment of Mrs Eyison as the MCE, she was a Lecturer at the Department of English at the Kwame Nkrumah University of Science and Technology (KNUST) where she also held several positions.

She was the Coordinator for English at Distance Learning, served as Africa Hall Senior Tutor/Hall Warden for ten years and a Member of many Boards including the Faculty of Law, University Hospital, Dean of Students, Investigative Committees as well as the Residence Committee.

Mrs Eyison was the Treasurer of the University Teachers Association (UTAG) at KNUST, a position she excelled in.

According to Madam Oduro, looking at our political terrain, it was difficult for qualified and competent women to avail themselves to serve and perform creditably as Mrs Eyison has done.

“She’s a patriot who believes that the development of Ghana starts with the ordinary Ghanaian, thus she has been very concerned with the poor and vulnerable within our municipality”, Madam Oduro opined.

She noted that the NPP adopted the slogans, “One good term deserves another” and “4 More to do more”, hence their appeal to the appointing authorities to renominate Mrs Eyison as the MCE to complete the team that made the party’s slogan become a reality.

The team she mentioned as Mrs Henrietta Mary Eyison, the MCE, Lawyer Ebenezer Kojo Kum the, Member of Parliament (MP) and the President Nana Akuffo-Addo.

Madam Oduro expressed the hope that the President will listen to their appeal just as he did by appointing Lawyer Ebenezer Kojo Kum as the Minister for Chieftaincy and Religious Affairs designate.

Content created and supplied by: NewsAvatar (via Opera News )