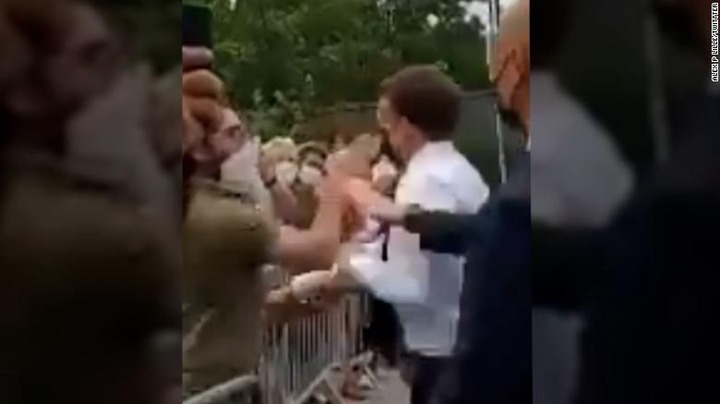 A fierce debate has been ignited on social media about a viral video in which a man is seen slapping French President Emmanuel Macron.

The French President was slapped during a walkabout session with a crowd in Southern France when he decided to greet the crowd.

He was held by one man who shouted ‘down with Macron’ and slapped him.

On social media, the debate has been what would have happened to the man should it had happened in Africa, Russian, China, some part of Asia, or even the United States of America.

New Patriotic Party Member, Mustapha Hameed, has a piece of advice to anyone entertaining this idea. Before that, it is important to clarify that this not Mustapha Hamid, the former Zongo and Inner City Minister. 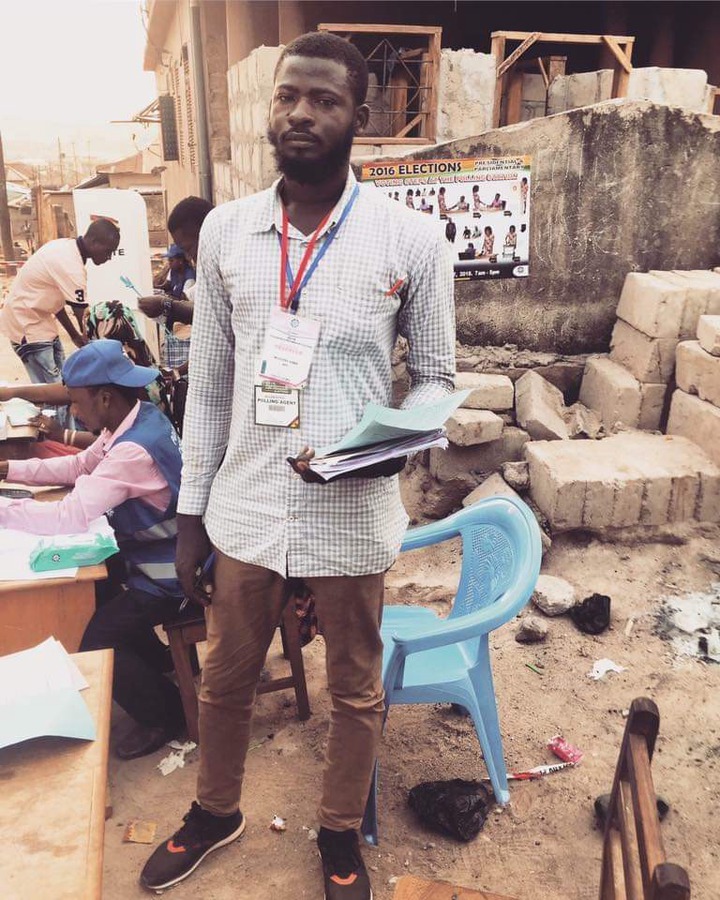 This particular Mustapha Hameed is the Manager for the Accelerated Oil and Gas Capacity (AOGC) program at GNPC.

Prior to that, he was a lecture at the Department of Petroleum Engineering, Kwame Nkrumah University of Science and Technology.

Writing on Facebook, he warned against anyone taking inspiration from what happened to the French president. 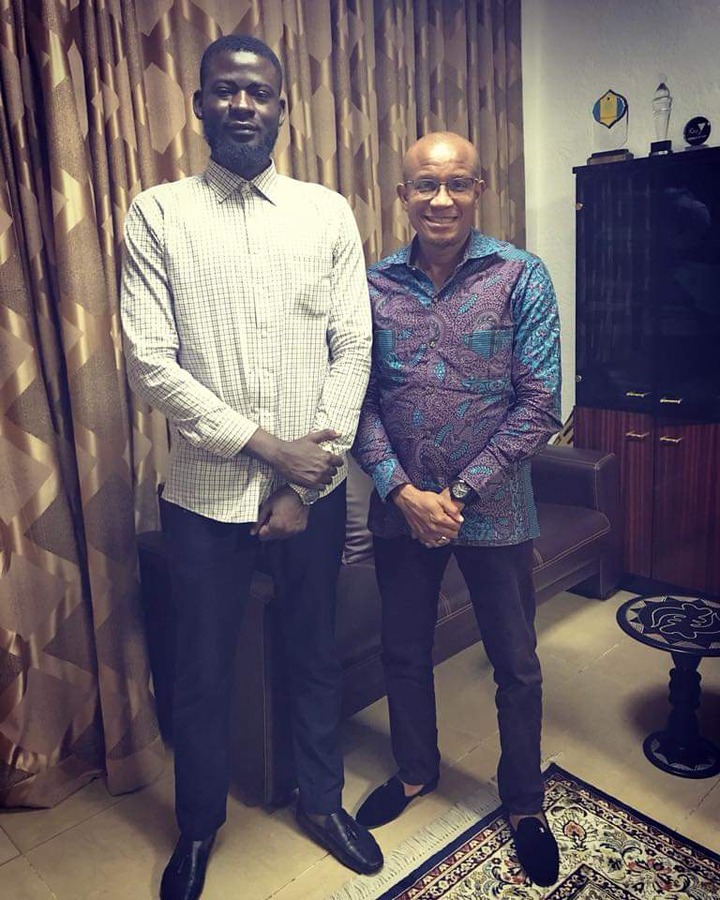 He further advised that anyone having such fancy thoughts should discard it immediately. 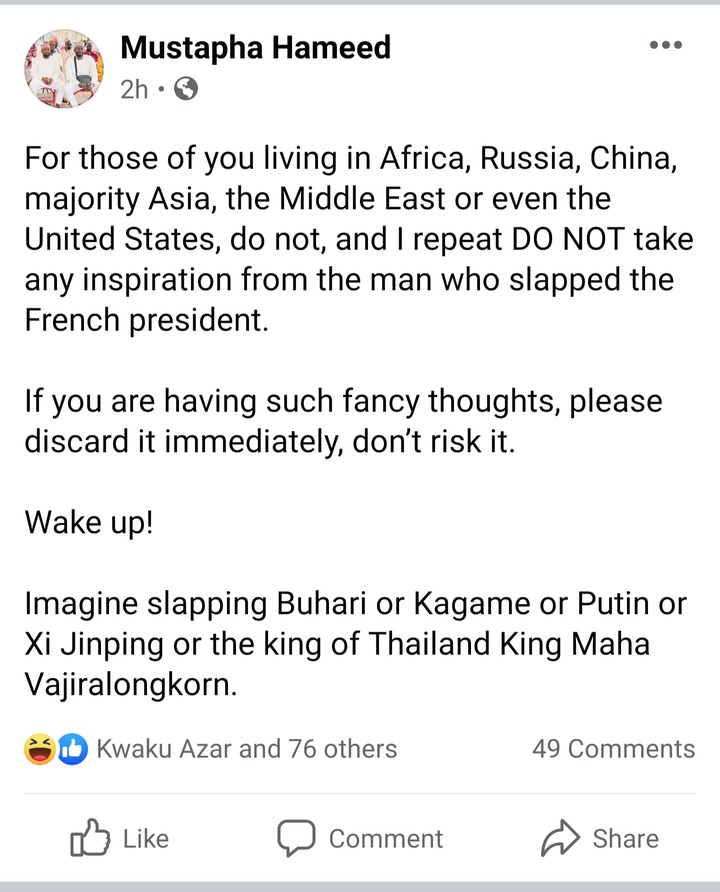 “Imagine slapping Buhari or Kagame or Putin or Xi Jinping or the king of Thailand King Maha Vajiralongkorn,” he said.