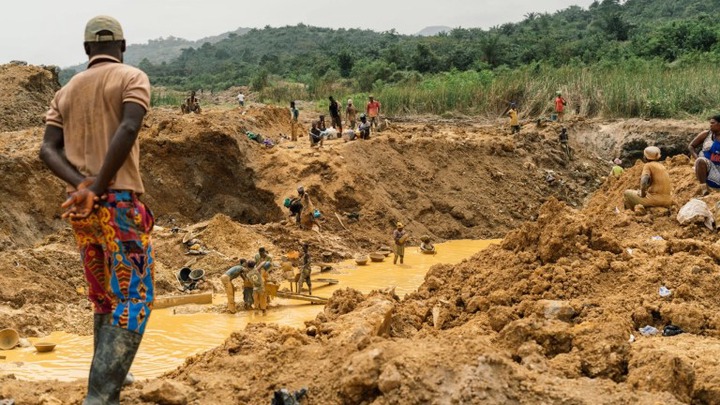 Galamsey is a major menace facing the country despite the efforts to battle and wipes it out of the system but this current government does not seem to thrive as the activity is spotted to be persisting recently in Ahafo Ano South-East District.

The District Chief Executive of the Ahafo Ano South-East, Hon. Thomas Owusu Ansah has been allegedly accused to be the backbone of the commencement of the galamsey activity in the district, especially at Ahenbronum which is a suburb of the district.

He said, these allegations were engineered by some few people who wish for his downfall because he knows nothing about the ongoing galamsey activities in the area which residents and citizens can testify.

Hon. Owusu Ansah said, having received a message about the issue from the Assemblyman of the area, and caused him to seek the intervention of the District Police Command to investigate the issue to find out whether or not it is true. The police were able to find out some excavators and other machines at the various sites visited which were carried to the Assembly’s office.

He added that, he sought the Regional Minister’s approval to embark on anti galamsey operations in the District which he also had the assistance of the Kumasi Central Police Station as well as the National Security. A number of excavators and others machines used in the galamsey exploit were found and picked up even though those involved in the activity were able to escape.

He emphasized, suspected individuals have been summoned and shall appear before the court today.

Ghanaians react after Agric Minister jabs traders, says they are greedy and exploiting the system.