By Jaynel (self media writer) | 7 months ago 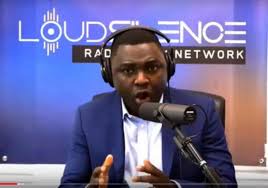 In recent months, the American Based media personality Kevin Taylor has been on the neck and case of the current IGP George Akuffo Dampare for issues of legitimate concern. On his platform, he has repeated called for the resignation of the IGP and an inquiry into several issues involving the IGP.

Dampare in his early days of assuming office was basically regarded as a hero and the new cloth Ghanaians hoped to see in the force, with his swift actions on persons including Shatta Wale, Medikal, just to mention a few. Not forgetting the Facebook police information page.

The good days of Dampare sees to have come to an end following several incidents that has changed how Ghanaians perceived him. From being seen as an independent IGP, he is today seen as a Politically controlled IGP. With police intimidation, brutality and killings on the rise, cases of threats to security and peace not slowing down, Ghanaians are getting fed up with Dampare.

Notably among such Ghanaians is Kevin Taylor, host and founder of Loud Silence Media. Taylor has never seized to remind Ghanaians of a statement by Kennedy Agyapong which clearly stated the IGP knows the hand behind the murder of former MP J.B Danquah. This statement of accusation is one no person would take lightly but it seems the IGP is shying away from making a statement on the allegation and security wise, has failed to invite Kennedy Agyapong for interrogation as means of resolving the mystery behind J.B Danquah's death.

Dampare's ignorance of this issue has left questions in the mind of Ghanaians and on such basis amongst other issues, Kevin Taylor has called for the firing of the IGP who he described as useless and unfit. On the 13th June airing of Loud Silence Media, Kevin Taylor loudly called for the IGP to be fired.

With the current happenings in the country and some issues being ignored by the IGP which undermines the perceived personality, most Ghanaians feel IGP Dampare has gone Political just like those before him and thus does not fit the role of leading the Ghana Police Service.

Should Dampare be fired?

How do you perceive Dampare and the current administration? 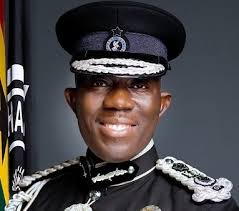 Content created and supplied by: Jaynel (via Opera News )