The Bible directs us to honour our father and mother for the shall live long on this Earth. This mother and father here does not imply your biological parents but any person older than you. It seems Ghanaians have forgotten about that portion of the Ten Commandments because the kind of replies sent to the president cannot be described by me, unless you read some for yourself. 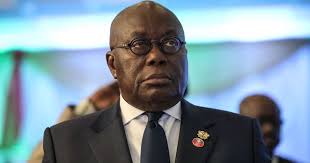 The first gentleman of the country sharing his views on this has made some comments and Ghanaians can't stop talking. According to him, the former president does know how to up bring an edifice because he starts at the roof and end at the foundation which is impossible. He wrote " John Mahama will rather build the roof, ounce the roof has been built, then he will come down and then build the foundation. You know that a house built on that principle will collapse, just as the Komenda sugar factory collapsed. 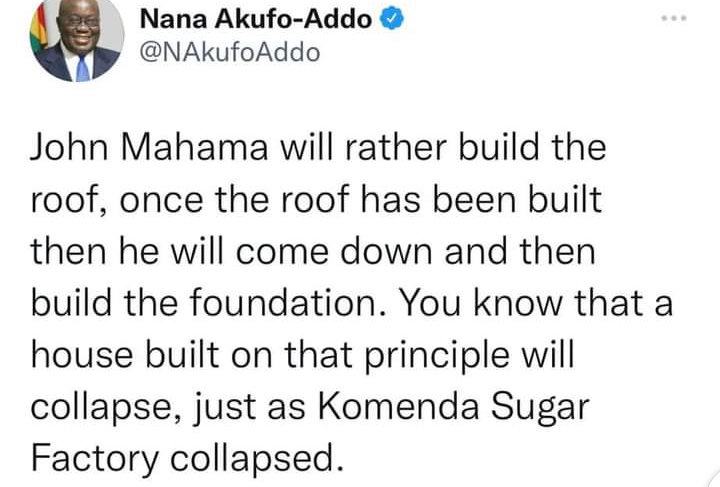 Ghanaians reacting to the words of the president have noted that the president should not be saying that because he is the first gentleman of the country. Some too have lambasted him for such comments about the former president. According to some too, he built no school before starting his free shs policy so he shouldn't be saying those words. Others have also noted that he is the most incompetent president ever in the history of Ghana. 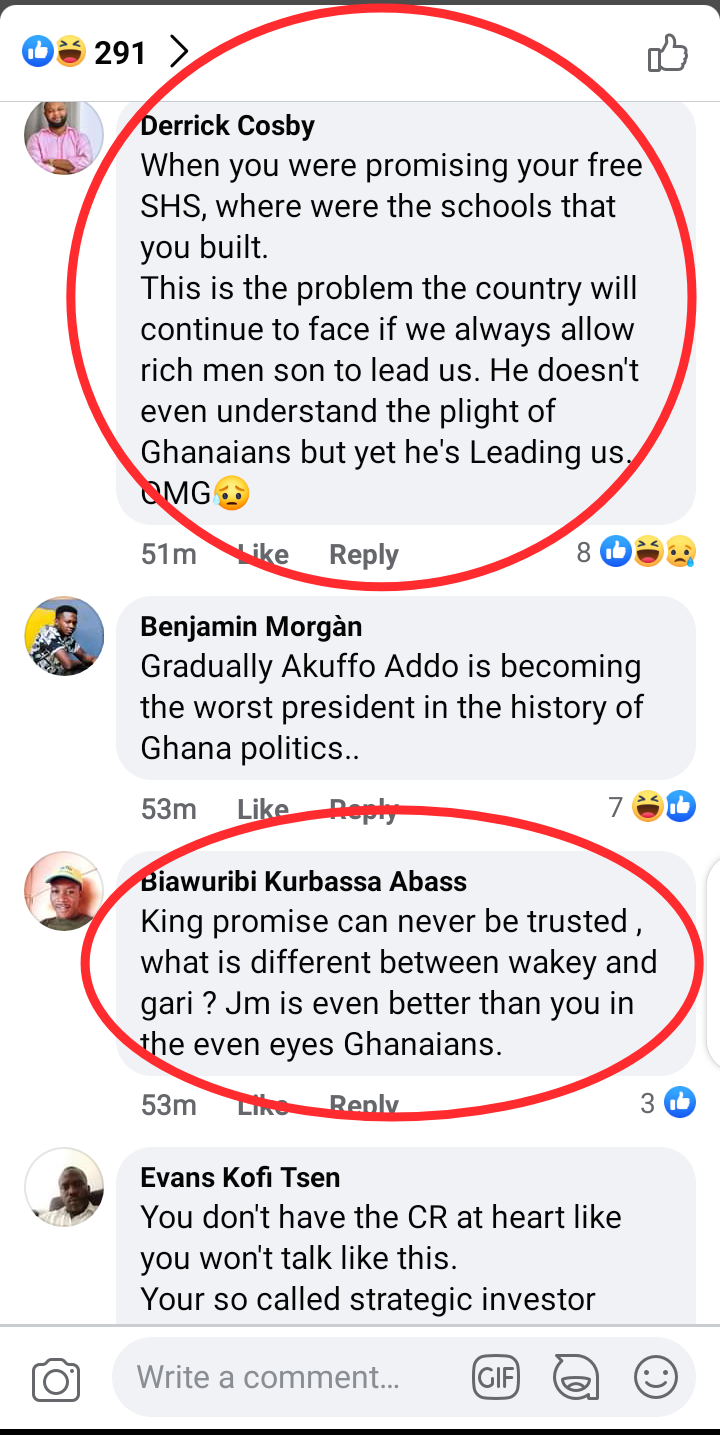 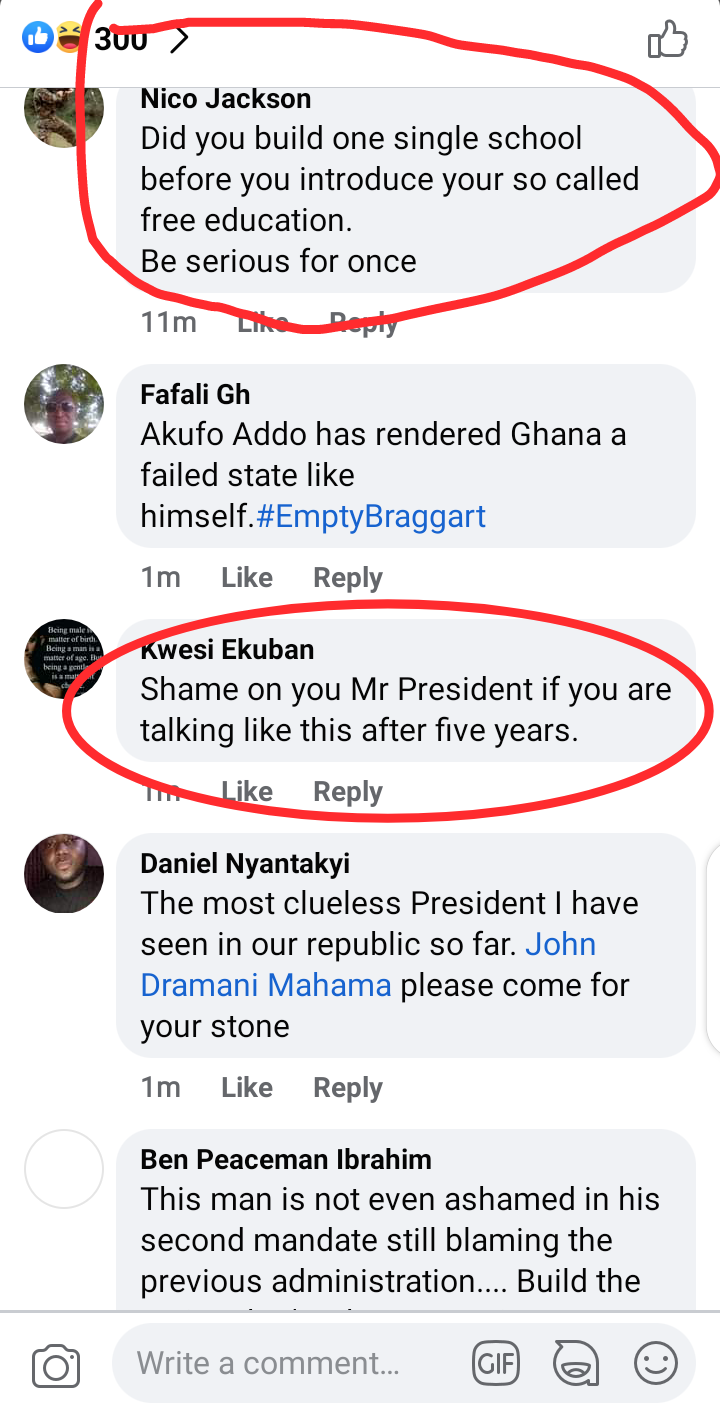 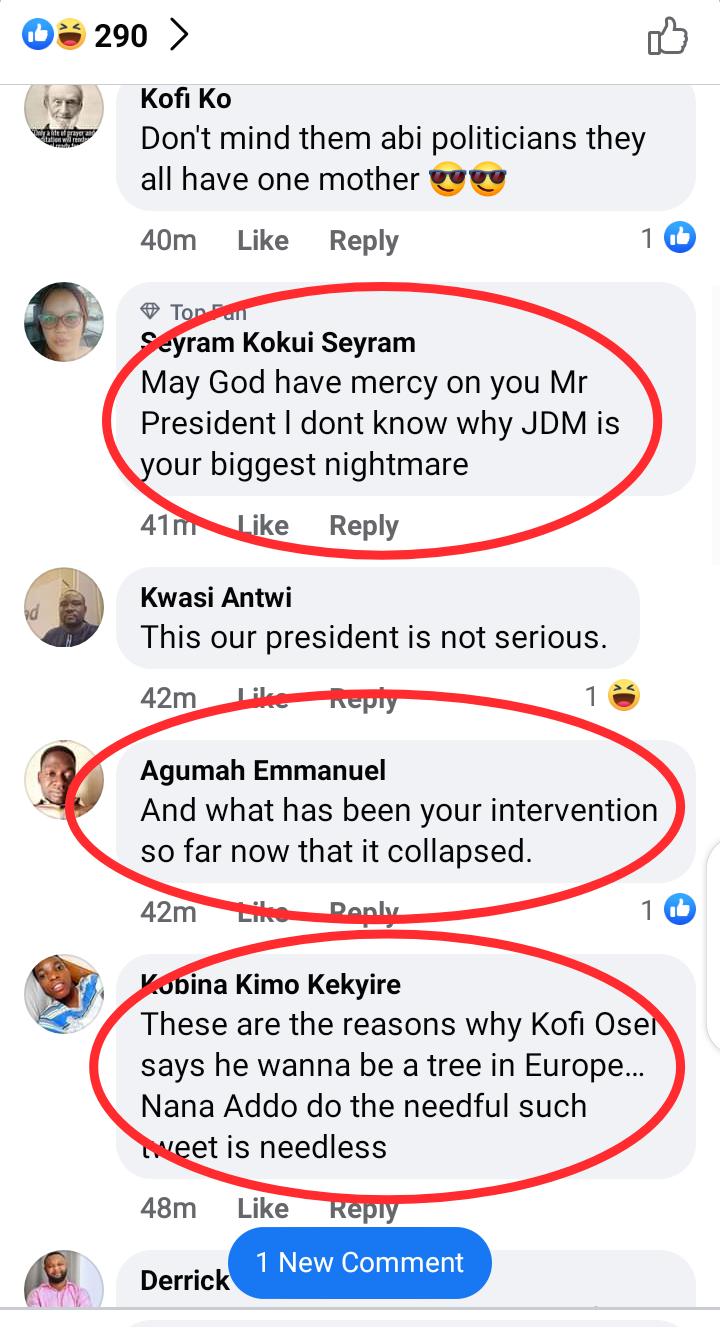 Your views are accepted in the comment box below and don't to follow up for more updates.