First Female To Be Appointed As A Minister In Ghana

By Quophiyesu (self media writer) | 1 year ago

Susanna Alhassan is the name of the first female to be appointed as a Minister in Ghana. Susanna was born in Tamale in the year 1927 and attended Achimota School in the Greater Accra Region of Ghana. 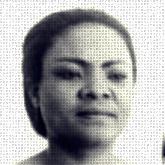 She later became the head mistress of Bolgatanga Girls Middle School from 1955 to 1960. Alhassan is the mother of former GTV News anchor Selma Ramatu Alhassan who later became Selma Valcourt and Mr Victor Alhassan of Sky Petroleum. Susanna was the first African woman to hold a cabinet portfolio also an author who wrote a lot of books such as "Issac and Amina" in the year 1963, Two Tales in 1966, Asana and the Magic Calabash in 1963 and many other books.

A beneficiary of the 1960 representative of the people's (Women members) Bill, Alhassan was returned unopposed as an MP representing the Northern region in June 1960. She took on various ministerial position some of which lasted for short periods. She was a member of the Convention People's Party (CPP) and was made a Minister under President Dr. Kwame Nkrumah. Susanna Alhassan was the first female to be appointed a Minister in Ghana and from 1961 to 1963 she was the Deputy minister of Education.

From 1963 to 1966 and again in 1967, she was the minister of social affairs. In-between that periods in 1965, Nkrumah appointed her as Minister of social welfare and community development. She worked hard to prevent prostitution in the Northern region of Ghana in the 1960's, the CPP Government engaged in Mass campaigns that emphasized the association of prostitution with "social evil", "Enemy" and "Crusade" among the aged and illiterate population.

Alhassan, asserted that the problem rather lay with the soaring rate of depravity and lewdness among the younger generation especially girls who travelled to Tamale to work or school and through her effort, alot of women were able to take care of themselves.

She died on the 27th of January, 1997. She was commemorated on a 50th anniversary stamp.

Content created and supplied by: Quophiyesu (via Opera News )