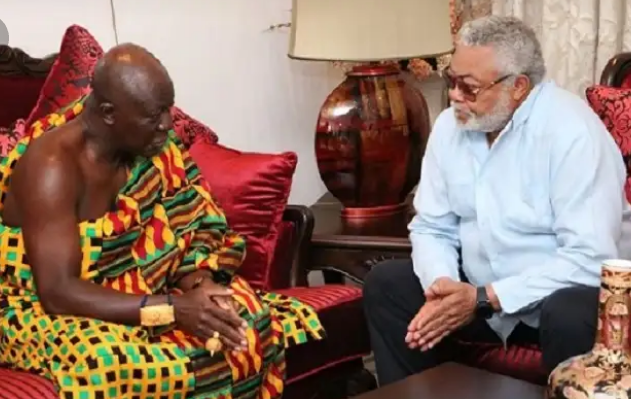 They claim that the infrastructural development that they want to see in the Ashanti region is not there, and this is a very worrying situation. The critics of the revered King, mostly not Ashantis, have been on the neck of the Asantehene, comparing him to other monarchs.

But according to a top journalist, Okatakyie Afrifa Mensah, these criticisms are all unfounded, considering our system of governance and the nature of our constitution. According to him, if they really want to see the Asantehene doing the things they expect of him, then they must push for a change in the 1992 constitution. The constitution has tied the hands of traditional rulers, including the Asantehene at their backs.

According to Okatakyie Afrifa Mensah, the royalties that must be paid to the Asantehene have not been coming forth from the government. So if people want to see changes, they must ensure that the politicians implement the recommendations that was made by the constitutional amendment committee.

There are indeed several areas that the King of Ashanti has made immense contribution in his Kingdom and the entire country. Such contributions include such things as the building of School blocks and teachers bungalows, provision of millions of books to students, giving of full and part scholarships to hundreds of thousands of students under the Otumfour educational fund, giving of awards to teachers, etc.