By RKeelson (self media writer) | 2 years ago

The jostling for John Dramani Mahama’s running mate is gradually easing off. From a field of five well qualified Ghanaians, each with a unique pedigree, the selection committee of the National Democratic Congress (NDC) with approval from candidate Mahama, is all set to unveil Mr. Samuel Sarpong, a former Ashanti Regional Minister, as the Vice Presidential candidate of the NDC.

The selection of Mr. Sarpong is conforming to a certain political pattern since the country returned to constitutional rule some 28 years ago. His nomination is the latest in the haul of shock waves that have characterized similar nominees in the past. Prof. John Evans Atta Mills’ selection as running mate to then President Rawlings in 1996 was a shocker; John Kufuor breached many choices of party establishment to choose Alhaji Aliu Mahama; Amissah Arthur’s nomination was an unexpected choice for John Mahama; a similar tale was told in Dr. Mahmodu Bawumia’s partnership with Nana Akufo Addo in 2012 & 2016.

Out of the initial five prospective nominees for the NDC vice presidential slot, three carved out a front-runner status earlier in the race. The candidature of Dr. Ezenator Rawlings, the youngest among the candidates ascended a crescendo almost a month ago; Dr. Kwesi Botchwey’s hit a fever-pitch at earlier stages; Kwame Awuah Darko’s had been operating in the mix; the same way as Kwesi Ahwoi, the former Ghana High Commissioner to South Africa. However, very lately, Alex Kwesi Mould has forced himself into the pack, touting his credential as the best among all favourites.

Who is Samuel Sarpong?

Samuel Sarpong is a hard core member of the NDC in an overwhelmingly hostile NPP biased environment of Ashanti Region. He has however remained firmly resolute to the ideals and values of the NDC despite the political unfriendliness of the Ashanti Region towards the NDC. Mr. Sarpong posted one of the best voter-return for the NDC in the last elections although the result came short of beating the NPP candidate for the Nhyiaso constituency. He is currently the coordinator of John Dramani Mahama for president campaign in the Ashanti Region.

According to NDC insiders, Samuel Sarpong’s flexibility and cross regional appeal became very vital in his consideration for the vice-presidential slot of the NDC. His stint at the Ashanti Regional administration suffered a jolt because elements within his party conspired to get President Mahama to take him out of the Ashanti Region. That decision would later cause the NDC considerable votes in the Ashanti Region. Samuel Sarpong lately told the media about how the wife of ex-President Mahama had phoned him to apologise to him on behalf of her husband. Nonetheless, Mr. Sarpong was appointed the Managing Director of the State Transport Corporation after his exit from the Ashanti Region where he again excelled with distinction

Before his appointment as Ashanti Region Minister, Mr. Sarpong has had stint in the same Region, serving as the Chief Executive Officer (CEO) of the Kumasi Metropolitan Assembly (KMA) under former President John Evans Mills. Most Asantes, including die-hard NPP supporters hold the view that Mr. Sarpong continue to enjoy good relationship with the Asantehene and the Juabenhene, Nana Otuo Serebour, who is also the Chairman of the Council of State because of his selfless dedication to the cause of the Asante people during his tenure as the Minister of the Ashanti Region.

The strategic Asante choice ahead of a Volta candidate

The Ashanti and Volta Regions remain decisive in the selection of a running mate for former President Mahama. The Volta Region has been out of the presidential ticket of the NDC since the departure of President Rawlings from power in 2000. Since then, the party has had a Fante-Northerner ticket on two occasions in 2008 and 2016. The wisest political decision was for the NDC to have selected a Voltain to serve as one of the candidates on the presidential slot of the NDC.

The choice would have been the most suitable permutation to appease Voltains who have remained loyal with higher voter turn-out for the NDC since the inception of the 4th Republic. But who is that credible and visible Voltain to carry out that desire of the Votaians? In the case of Ezenator Rawlings, the daughter of former President Rawlings, the consensus within the NDC is that she needs further grooming to fit in into the NDC presidential ticket. It then became a strategic decision to take advantage of the misgivings Asantes have against the current administration. Most top Asantes feel marginalized by the Akufo Addo administration and their followers have sworn to ensure this government goes into opposition.

Some top Asante stalwarts who served in the Kufuor administration have been side-lined by the Akufo Addo government. They include Dr. Kwame Addo Kufuor, Kwadwo Mpianim, Dr. Richard Anane, Frank Agyekum, Kwabena Agyepong and very lately, Isaac Osei who was frustrated out of office by elements within this administration. There are still many others who are operating from the fringes of both the NPP and the administration.

Prof Botchwey’s candidature fell through on health grounds. With the learned lawyer about to hit 78, he does not seem to have the strength to carry out robust campaigning. Dr. Kwabena Duffour is being left out to deal with legal issues involving his Bank and the Bank of Ghana; same as Kwame Awuah-Darko, who 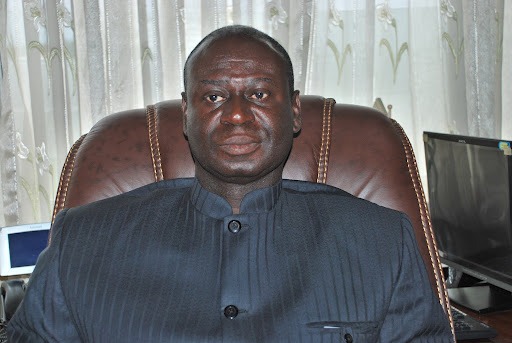 had been cited by the EOCO on some corrupt charges. The charge may be one the political witch-hunts; yet the NDC would like to play safe and avoid playing into a possible NPP trap. In the case of Alex Mould and Kwesi Ahwoi, NDC chieftains believe they do not compare that much with Sarpong in the strategic move to influence voters across the entire country.