I Am Human And Can Make Mistakes -Prez. Addo Offers Apology On Cape Coast Matter

President Nana Addo Dankwa Akufo-Addo during his tour of the Central Region of Ghana issued some statements which the people of the region, Ghana and politicians did not take lightly. In an interview on one of Cape Coast's FM stations, the president stated that he never promised to build a harbour at Cape Coast. After various fact-checks were carried out , it was found that the Construction of the Cape Coast Harbour was included in the party's 2020 manifesto (on Page 160) as shown below: 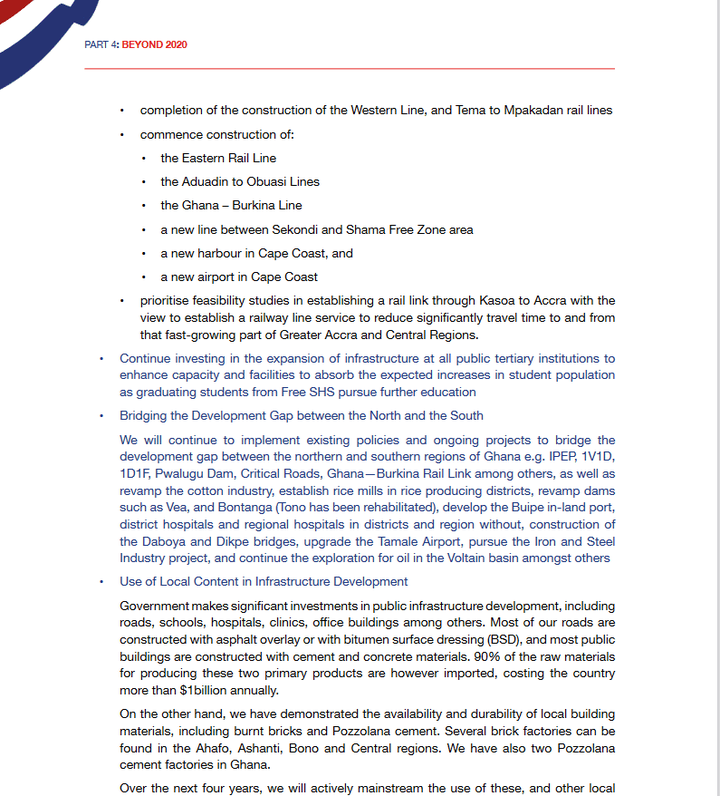 President Akufo-Addo tweeted about the matter today in a post, where he admitted that he made a mistake about the promise the party made to the good people of Cape Coast in the run-up to the 2020 general elections. The president explained that there cannot be a harbour at Cape Coast whiles there are harbours at Takoradi and Elmina. That notwithstanding, he rendered an apology to the people of Cape Coast.

The President's post on his Twitter handle reads, "Let me confess, I made a mistake on the Cape Coast matter. Even with the mistake, we have to have a rethink. We cannot have a harbour at Takoradi and Elmina and have another one at Cape Coast. But I have to apologize to the people of Cape Coast. Presidents are humans and they can make mistakes". 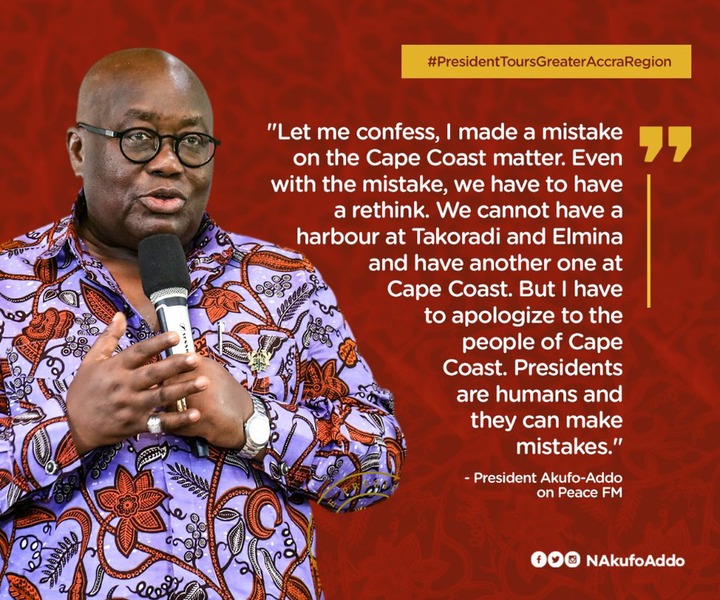