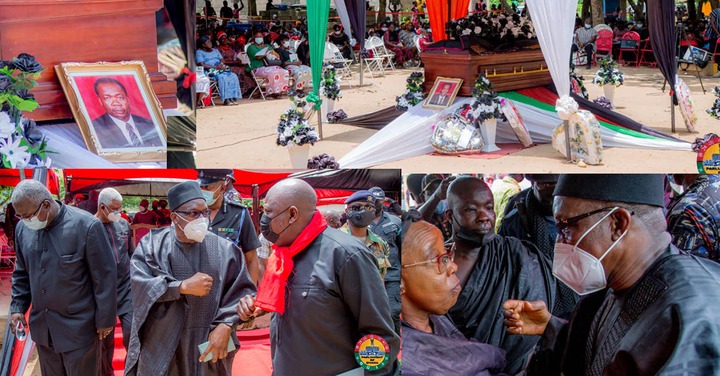 It was all tears and sorrow as Members of Ghana’s Parliament represented fully to bid a final goodbye to their former colleague in the Volta Region of Ghana.

Clad in all black, some Members of Parliament who were present at the funeral of the late former Member of Parliament for Ho West Constituency, Mr. Francis Aggrey Agbotse could not hold it as the remains of their late friend was laid to rest. 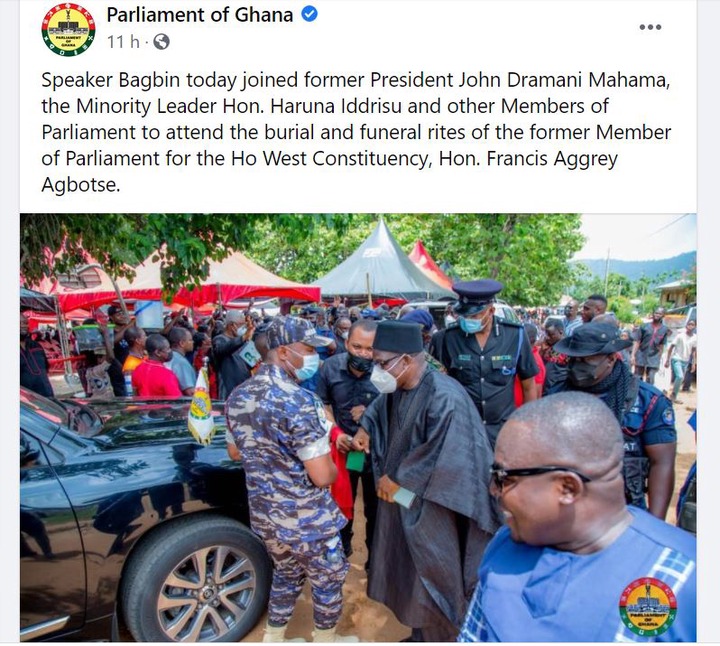 The leadership of Parliament, including the speaker, Mr. Alban Suamana Bagbin, and minority leader, Mr. Haruna Iddrisu were present for the funeral. 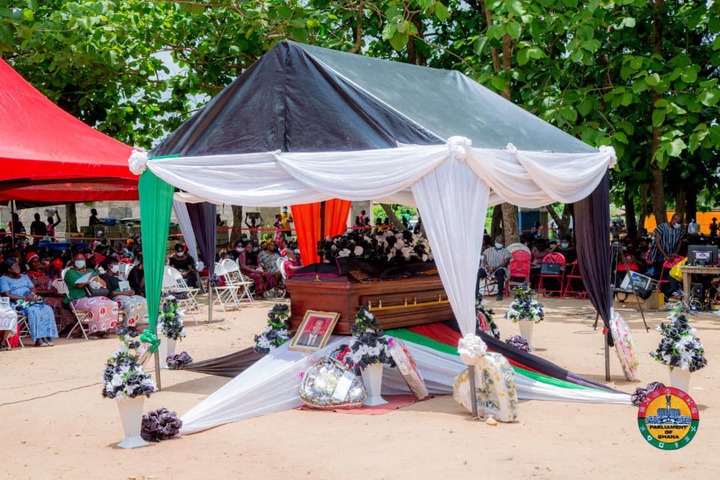 The late Francis Aggrey Agbotse was laid in state for families and other sympathizers to file past the remains.

In pictures posted on the official Facebook page of Parliament of Ghana, an image of the late Member of Parliament is placed around the casket for lovers to have a final look at him before his last journey begins.

Since he was a member of the National Democratic Congress (NDC), some sympathizers of the party were also present at the funeral. 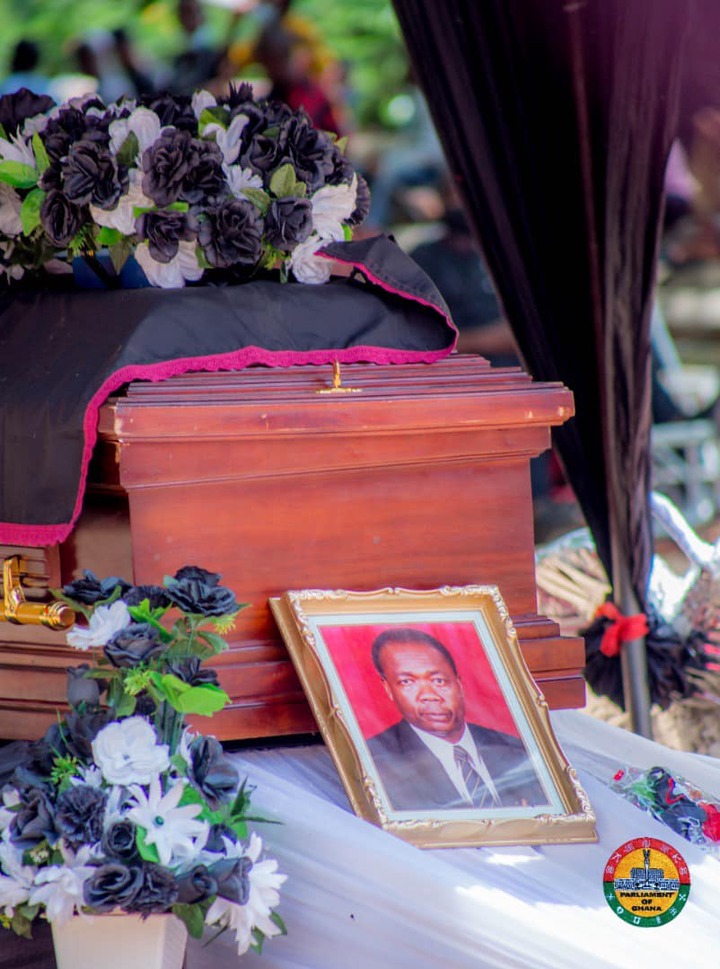 “The speaker of parliament, Alban Sumana Bagbin joined former president John Dramani Mahama, the minority leader Haruna Iddrisu and other Members of Parliament to grace the funeral and burial of the late former Member of Parliament for Ho Constituency in the Volta Region, Hon. Francis Aggrey Agboties” a statement posted on the Facebook page of Parliament stated. 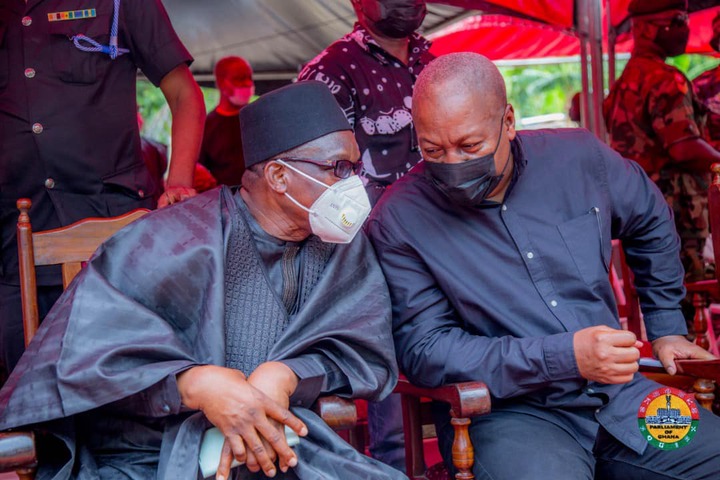 The late Francis Aggrey Agbotsie was a Member of the fourth Parliament of Ghana. He served his people from 1997 to 2009.

He was also a member of the ECOWAS Parliament. He passed after a short illness. As his final journey to eternity begins, we pray for God to grant him rest.