SAD: Rev. Obofour Is In Trouble With The Laws Of Ghana Again. PICS

The Founder and Leader of Anointed Chapel International, Reverend Francis Antwi, popularly called Rev. Obofour may well be a household name in Ghana now. A young prophet, who leads an ever growing Anointed Palace Chapel, with branches in several main towns in Ghana.

Noted for his extravagance and wealth, he has not been with controversies. In 2019 alone, he had flings with the Ghana police over some legal issues. First, Reverend Obofour was arrested by the Accra Regional Police Command, as he was said to have made a church member smoke dried leaves suspected to be Indian hemp (Wee) during a church service, where he was invited to, by his fellow pastor by name Chris Asante, alias Aburuka-Aburuka, Head Pastor of Crown Glory Assembly Church, to deliver a sermon at Sowutuom in Accra. 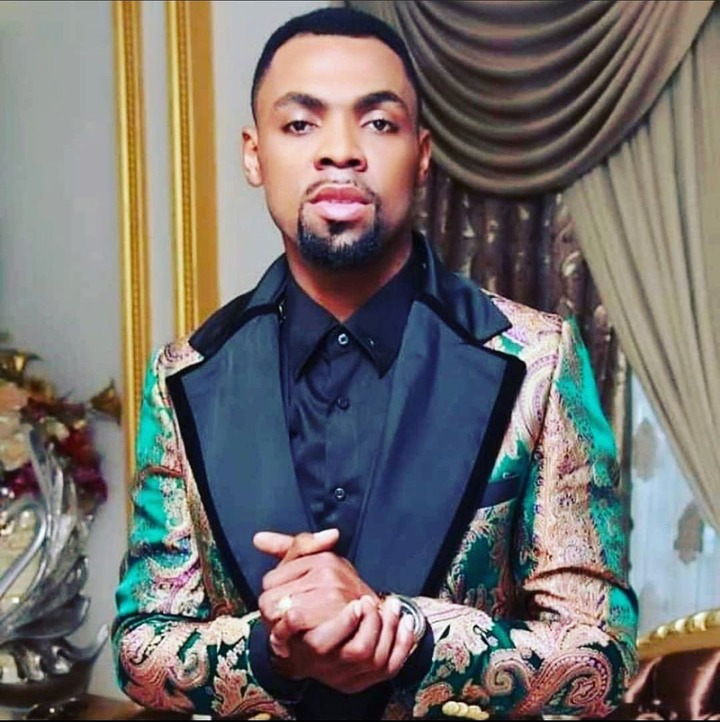 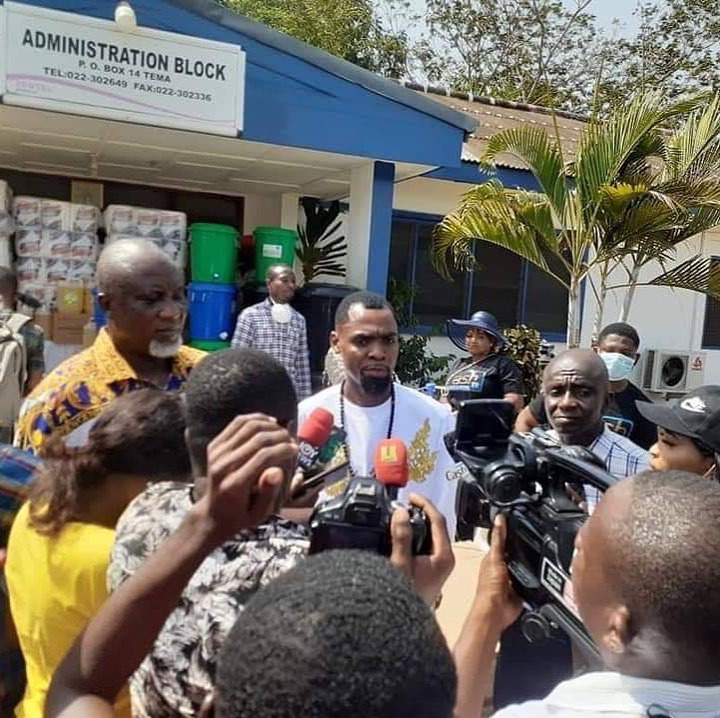 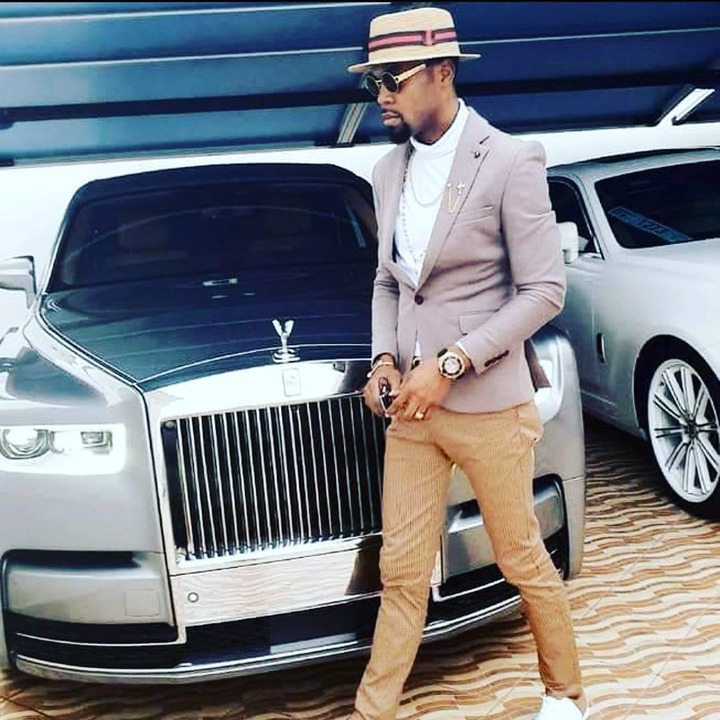 The incident was captured on video and had gone viral on social media. The arrest followed a directive from the then Inspector General of Police, James Oppong-Boanuh, after a video, captured the ‘Man of God’ directing the church member to smoke the substance openly in church. Rev. Obofour was then arrested on October 30, 2019 was later granted police enquiry bail for further investigation.

In his defence in the witness statement he wrote at the Police station, Rev. Obofour said that “while in the spiritual realm, the Holy Spirit directed him to deliver a congregant who was in the habit of smoking Wee.” He stated that he only got to know that he had delivered somebody after the church service and as such it was a spiritual direction.

Then barely before the same month ended, another issue pooped up, as his men were alleged to have assaulted staff of the the Tema Development Corporation. However, Rev. Obofour had described as untrue reports that some members of his church had attacked officials of the Tema West Municipal Assembly. 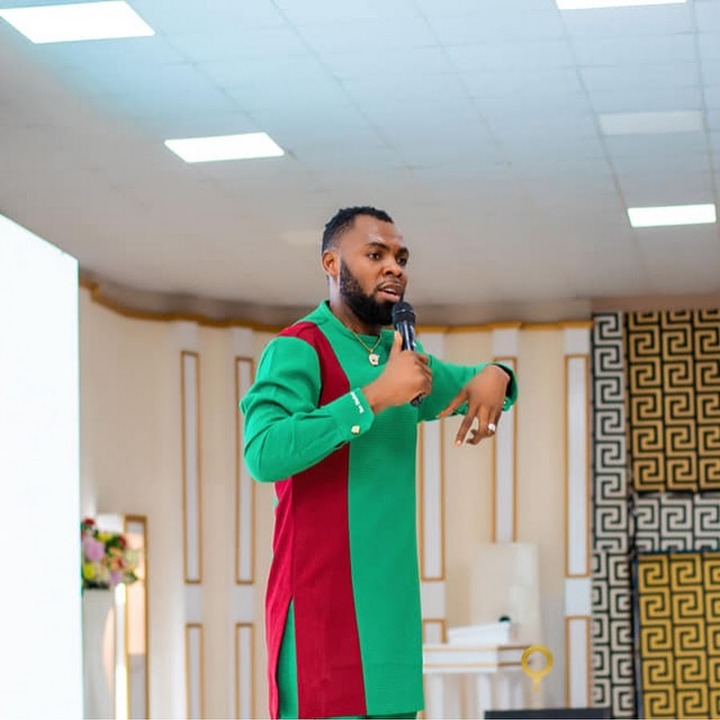 Presenting his side of the story on his social media page, Rev. Obofour denied the attack by his church members. In the post, he said: “There has been a video going around on social media, suggesting that some of my church members attacked officials of the Tema West Municipal Assembly. Some media houses did not do a thorough check before reporting the news. I state on authority that none of my members attacked any official from the assembly, it’s all lies.”

Five members of the church were arrested on Monday after they attacked officials at the assembly. They were apprehended after a police complaint was made by the Assembly at the Sakumono Police Station.

Meanwhile, the Tema Development Corporation had also denied issuing any lease or permit to the Anointed Palace Chapel belonging to Rev Obofour, as the land on which the church is situated had been declared a flood-prone area, rendering it unsuitable for residential or commercial activities. Speaking to Citi News, Protocol and Administration officer of TDC, Ian Oquaye had said, although the corporation tried to stop the church from being built, it now lies within the mandate of the Tema West Municipal Assembly to determine its fate.

“As we speak now, the company has not issued any lease or document to Rev. Obofour for him to acquire that land. So he does not have the legal backing to go ahead with that construction. When our taskforce heard that, the development was going on; we went there four times to warn them. Now the actions after the warning need to be taken by the Municipal Assembly not TDC. We don’t do demolition because we don’t have those powers. The onus now lies with the Municipal Assembly.” 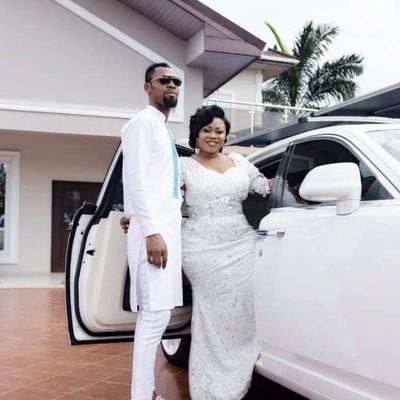 Head of the Local Government Service, Nana Ato Arthur, wants the attackers punished and reiterated the Service' strong condemnation of the action and insisted that, they will not in any way countenance such behavior by any organization. “We want to send a strong warning to Anointed Palace Chapel and every organization anywhere in Ghana that what happened yesterday is unlawful and we condemn it in no uncertain terms. These are staff of the service doing their lawful work and so people cannot just pounce on them and beat them mercilessly, that is cruel, and we all need to condemn this. And on that note, I would like to ask the Ghana Police Service, especially the Sakumono police who went to rescue our boys, to make sure that the law takes its course to send signals to others that they cannot take the law into their own hands”. 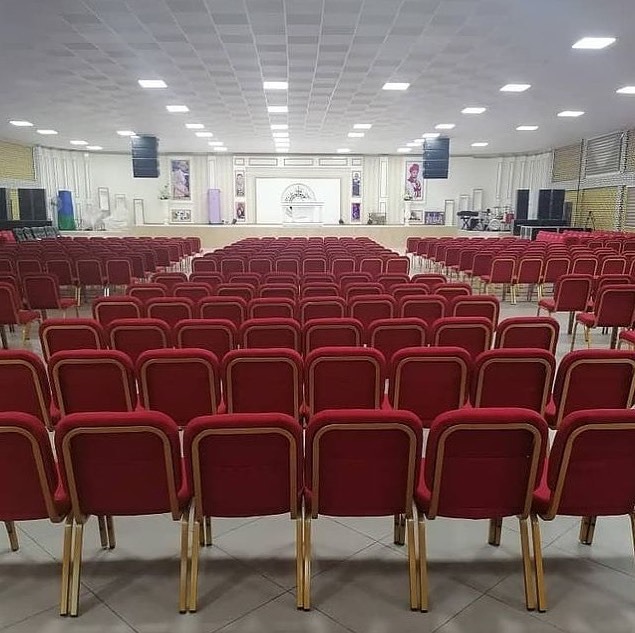 Well fast forward, both cases really never reached any where, as they must have died a natural death, so long as public accounts of it says. However, according to a new directive issued, this time around, his TV stations may have to be closed down, as the National Communications Authority (NCA) says it has embarked on an exercise to shut down 49 television (TV) stations for operating without authorizations. 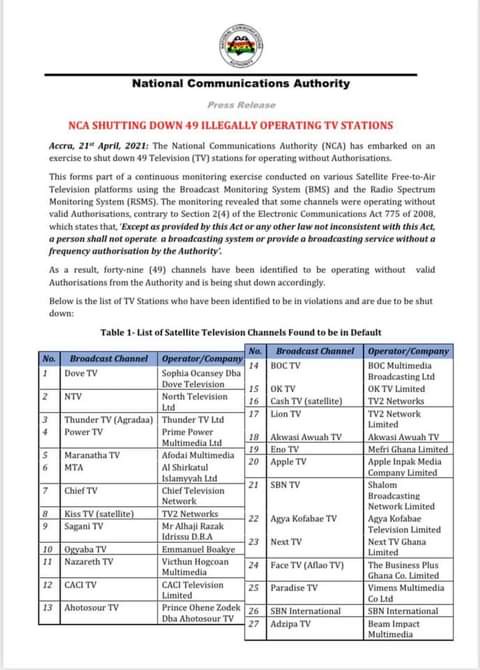 This forms part of a continuous monitoring exercise conducted on various Satellite Free-to-Air Television platforms using the Broadcast Monitoring System (BMS) and the Radio Spectrum Monitoring System (RSMS). “The monitoring revealed that some channels were operating without valid Authorisations, contrary to Section 2(4) of the Electronic Communications Act 775 of 2008, which states that, ‘Except as provided by this Act or any other law not inconsistent with this Act, a person shall not operate. a broadcasting system or provide a broadcasting service without a frequency authorization by the Authority,'” it said in a press release.

The Authority said, as a result, 49 channels have been identified to be operating without valid authorizations and are being shut down accordingly and some of the stations so far include Kwaku Bonsam TV, Apple TV, Iron TV, Thunder TV, Ice1 TV, Abapa TV, Serwaa TV, Face TV, Cash TV, Lion TV, NTV, Nazareth TV among others.

Interestingly, out of the above mentioned TV stations without any form of licenses such as Cash TV and Lion TV belongs to Rev. Obofour. He initially had four but maybe, he had eventually closed down 2 initially. With the intensity of calls for the sector to be sanitized and with arrests already of Nana Agradaa, another TV owner and the closure of his TV stations, it may well mean that, this threat of NCA may well be carried through and just maybe, Rev. Obofour may have to reach his increasing members with his prophecies and miracles, via his social media handles rather. 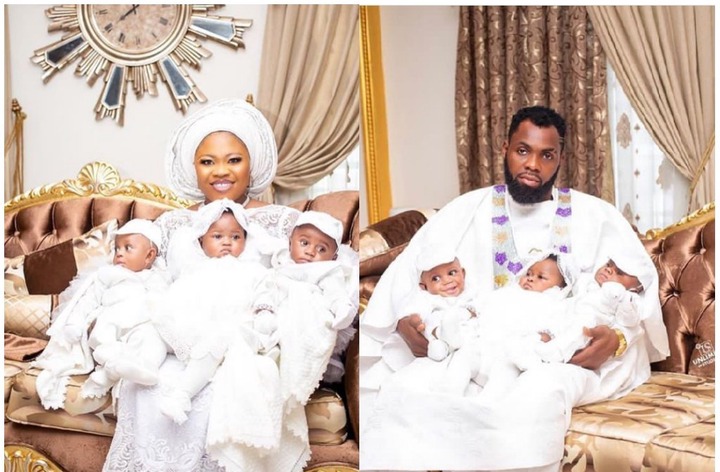