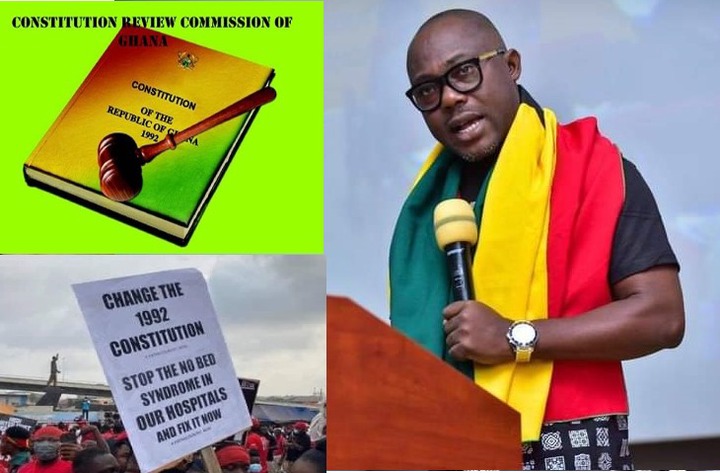 A senior political scientist with the University of Ghana, Legon, Prof Ransford Gyampo has opined that the flaws in Ghana’s constitution is the reason for the poor state of development of the country. He theorized that as much as the constitution serves as the bedrock for democracy and development, the failure of the state to effect constitutional changes that reflect modern day Ghana’s developmental concerns renders the constitution bogus.

Prof. Ransford Gyampo on Asaase Breakfast Show this morning emphasized that it is unthinkable that successive government after the issuance of the White Paper Report by the Constitutional Review Commission in 2011, had failed to act on the recommendations to address critical constitutional problems in the 1992 Constitution. He argued that until the government comes to realize the common truth about how wasteful it has been over the years working with a faulty and bogus constitution, nothing meaningful would be accorded to what has been done or is being prosecuted in terms of development.

Commenting on how the work of the Constitutional Review Commission was initiated, Prof. Gyampo noted that the originator of the call for a review of the 1992 Constitution started with elites of political party actors who formed the Ghana Political Parties Program. He explained that there was a consensus by all parties then, that the constitution must be reviewed.

He disclosed that Prof. Kwamena Ahwoi managed to persuade late Prof. Mills to adopt and sanction the proposal by the program to start the consultative process for a constitutional review. Prof. Gyampo lamented that the disinterest that had been given to the extensive work by successive government is rather shameful, adding that solutions proffered in the document addresses the very concerns raised today in respect of the 1992 constitution.

Financial Loss To The State

It is reported that a whopping $6 million was spent in the entire process by the Constitutional Review Commission. Arguing on the implications of such an expense if government fails to work out the White Paper, Prof. Gyampo noted that Ghanaians shouldn’t be surprised to learn of a legal action taken against an agency of government or individual for having caused financial loss to the state. 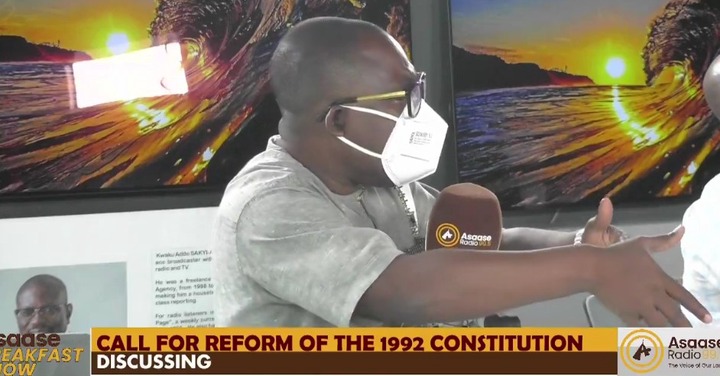 He stressed that the silence by government on this matter is disturbing and need not be entertained any further given the investment caused into that work.

“My fear is that…well, typical of us…policy discontinuity…somebody may one day charge somebody for causing financial loss to the state because huge sums of money was spent in doing that work and nobody is talking about it,” Prof Gyampo argued.