June 12th 2022, marks the Tenth Anniversary celebration of the formation of the Progressive People’s Party (PPP). Prior to commemoration date, the party has lined up a number of activities and programmes.

On Saturday, December 4th, 2021, the PPP honoured its parliamentary candidates who competed but lost in the 2016 and 2020 elections. The party acknowledged their contributions and sacrifices toward the advancement of the Progressive People’s Party, since its formation close to ten years ago. 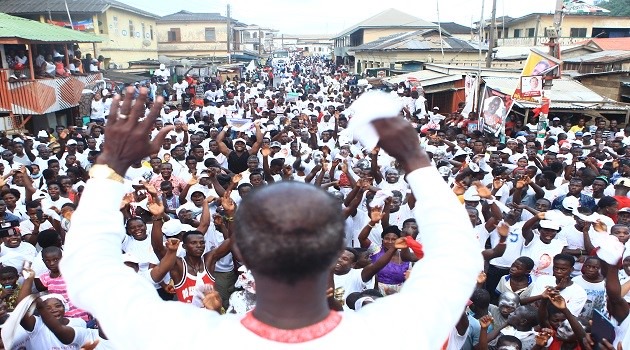 Today, Tuesday, December 7th, 2021 the party continues with its anniversary programme with a constitutional amendment proposal which it intends presenting to Parliament and the generality of the Ghanaian people. The party has termed the proposed amendment “Fix the Constitution Day”. The day coincides with the quarterly 7th December voting day in Ghana.

And the PPP plans to use the day to remind stakeholders the need to change some inimical provisions in the 1992 Constitution. Clearly, by its content and character, the 4th Republican constitution, in the estimation of the PPP, has created a democratic dictator in any President Ghana has had, since the inception of the 4th democratic dispensation.

Prior to the Saturday event, the party met with members of it Executive and the National Committees to consider into details, the almost a year-long anniversary, which climax will be June 12th, next year. Amid the celebration, however, there are many who still do not know how and why the PPP came into existence. Although many within the PPP ranks refuse to acknowledge, the truth of the matter is that the PPP is a breakaway faction of the Convention People’s Party (CPP). Many of the signatories to the PPP formation were members of the CPP.

They included the CPP’s presidential nominee for the 2008 presidential election, Dr. Papa Kwesi Nduom and other CPP stalwarts like Mike Eghan, Ladi Nylander, William Dowokpor, Mary Ankomah and Dr. Stephen Koufie, among others.

Dr. Nduom rekindled and re-organised the hitherto, docile CPP to the extent that many political pundits predicted that the hegemonic hold of the NPP and NDC on Ghanaian politics was about to be dismantled. This was in the run-up to the 2008 presidential and parliamentary elections.

The climax of the new CPP was when the party organised a super-monster political rally at the Kwame Nkrumah Circle, precisely at the Obra Spot in Accra. Party members running into thousands from all over the country, converged at the setting of the rally to give meaning to CPP’s readiness to offer real challenge to the NPP-NDC duopoly.

Before the historic Nkrumah Circle rally, the CPP under the sponsorship of Dr. Nduom had organised a membership drive where thousands of members, supporters and other prospective members were registered and entered into a data.

Every single member at the said rally showed their membership cards. It was simply an unprecedented gesture. It has never happened before in the annals of Ghana’s political journey that party members would show their national ID card to underscore their political leaning orientation.

In the 2008 elections, Dr. Papa Kwesi Nduom selected one of the candidates who contested him in the 2008 presidential primary—Dr. Abu Sakara as his running mate. Then the election day, December 7th, 2008 shocker and bombshell. This happened on the early morning of the voting day. 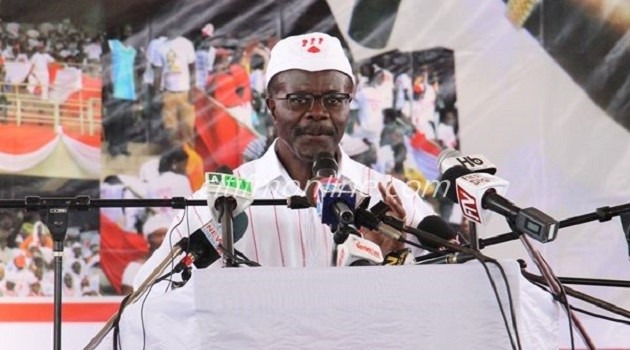 One young member of the CPP, Kwabena Bonfeh (Kabila), who belonged to the faction of Nduom’s closest challenger—Prof. Agyemang Badu Akosa, went destructive against the candidature of Dr. Nduom, his own presidential candidate.

He raised the vexed and the discredited Special Fraud Office investigations that found Dr. Nduom culpable of evading taxes to support his (Kabila) claim why Ghanaians should reject his own presidential candidate in the 2008 elections. The said report had all along been proven to be fake though.

It was one of the criminal plots employed by Rawlings’ PNDC military administration to discredit Dr. Nduom for daring to criticize Rawlings during the 5th anniversary of the Ghanaian Chronicle newspaper in 1995.

The fake SFO report has since the day of its release into the public domain, remained an albatross around the neck of Dr. Nduom. It comes into play any time Dr. Nduom is up for any top public appointment. It came up strongly during his appointment as Minister of State in the Kufuor administration.

Yet, with all of their encomiums, the opposition NDC at the time failed to find in the report anything incriminating against Dr. Nduom. He was thus passed as the Minister of Economic Planning and Regional Corporation, Energy and Public Sector Reforms.

Dr. Nduom’s own CPP, led by the Prof Agyemang Badu Akosa faction tried using it against his (Dr. Nduom) nomination for the CPP’s Flagbearership race, moment before the party’s National Delegates Conference to pick a presidential candidate in Kumasi, the Ashanti Regional capital in 2008. 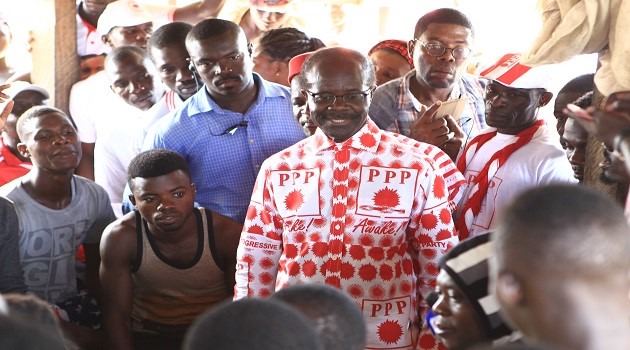 Kabila’s destructive agenda on the day of the 2008 elections, many political observers believe, weighed heavily against Dr. Nduom. It was therefore not surprising that Dr. Nduom polled a woeful 1.3 percent of the national votes in that elections.

The anti-Nduom faction would not allow him a breather even after the disastrous self-inflicted defeat of the CPP and Dr. Nduom in 2008. There were attempts by the Akosa-Kabila faction to get Dr. Nduom out of the CPP at all cost.

The intentions of the Akosas were manifested in the series of crunch post-election meetings at the CPP headquarters at Asylum Down and the others at the Coconut Grove Regency Hotel in Accra. All of the meetings were inconclusive with the operation “Get Nduom Out At All Cost” taking centre stage.

Dr. Nduom had no choice than to quit the CPP with majority of his supporters, party members who joined the CPP from an Nduom initiated “Movement” group, to form the Progressive People’s Party (PPP) on June 12th, 2012 to contest that year’s election.