Leadership of Parliament directs MP's to restrict movement at night 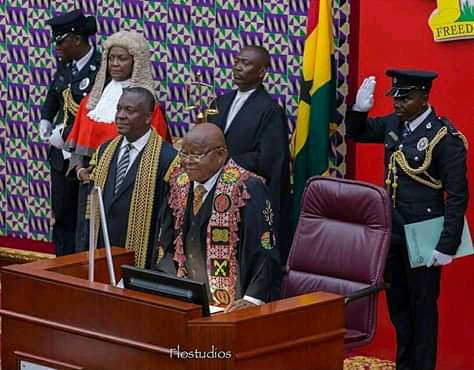 The leadership of Ghana's Parliament has directed all Members of the legislative house to restrict movement at night especially during this electioneering campaign period.

Professor Micheal Ocquaye, Speaker of Ghana's Parliament was speaking at the back of the killing of the Mfantseman Member of Parliament, Honourable Ekow Quainoe Hayford, which happened on Friday dawn around 1am.

The deceased Member of Parliament was returning from a campaign at Dominase to his residence at Mankessim. Eyewitness reports suggest, the legislator was shot twice after he told the robbers he was a Member of Parliament which got the assailants infuriated on the Abeadze Dominase- Abeadze Duadzi- Mankessim Road in the Central Region of Ghana.

Eulogizing the deceased legislator, colleague members of Parliament expressed shock and disbelief at the unfortunate attack and called on the state security apparatus to be proactive in bringing the perpetuators of the crime to book.

Both the minority and majority leadership of the August house directed their members to restrict movement at night especially during this campaign season and promised to collaborate with the defense and interior ministries to provide security for all members of the house.