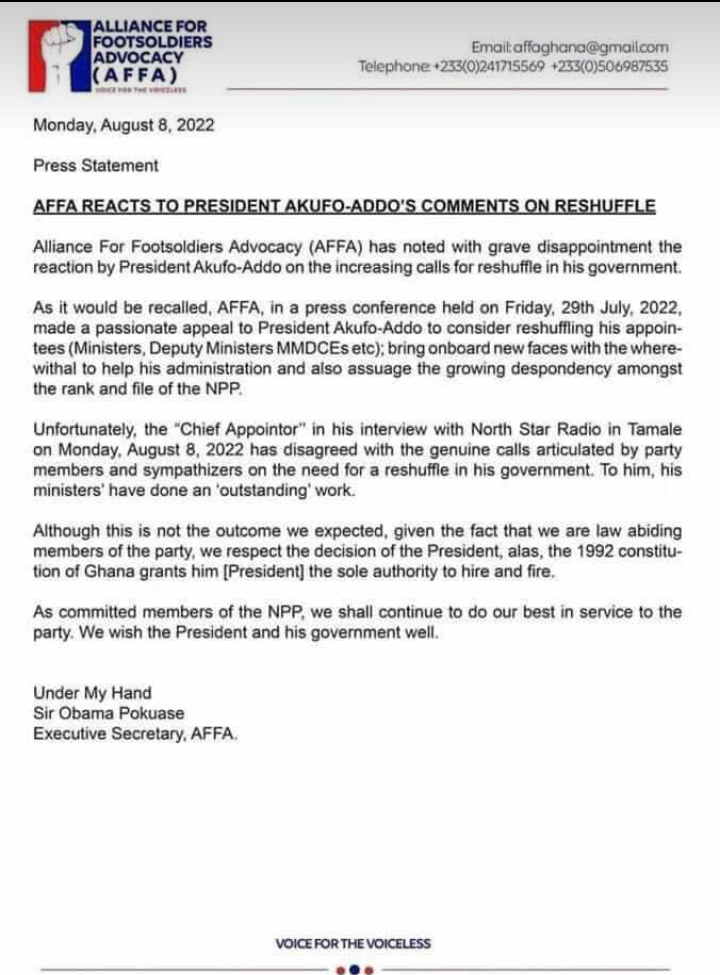 Sir Obama is the Executive Secretary of Alliance For Footsoldiers Advocacy. He and his outfit recently sent a strong message to the President on July 29, 2022. Their statement was about the fact that the Nana Addo government should consider a reshuffle of its MMDCEs, Ministers and Deputy Ministers.

Other civil organisations and the opposition NDC party have also supported such calls for reshuffling.

As the adage goes, the President of a country can respond to calls any way he prefers. It is not surprising that the President has finally provided an open response on North Star Radio to the calls for the reshuffling.

In response to these rants, the President has clarified that his appointees have done an outstanding work. The President also explained that there are no strong reasons to heed the calls. 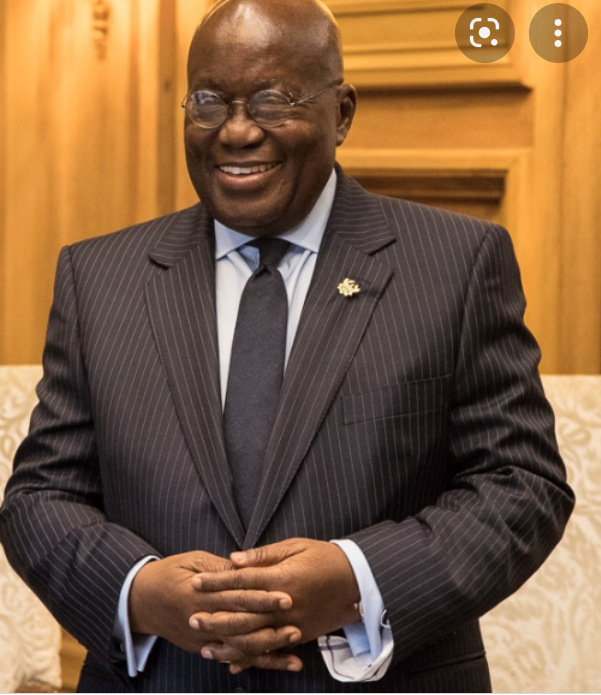 Well, Sir Obama has deemed it fit to appreciate the response of the first gentleman. He explained that the footsoldiers of the NPP find the reply from the 'Chief Appointer' as unfortunate. Sir Obama also explained that they did not expect such a feedback but they would humbly accept it as a sign of respect to the party rules.

Has Sir Obama's latest long letter got any significant impact on the government ?

It is believed that even though Sir Obama maintained that he and other Footsoldiers would continue to support the NPP, it is also clear that they are very disappointed in the response provided by Nana Addo.

As the days unfold, we can only monitor how these Footsoldiers would react to the party decisions.

Why would Sir Obama's long letter turn the nation upside down? In fact, Obama's letter noted that the rank and file was growing a despondency due to the lack of reschuffling. It also makes it clear that Nana Addo has been unable to solve the need to get new faces and this could create political implications. 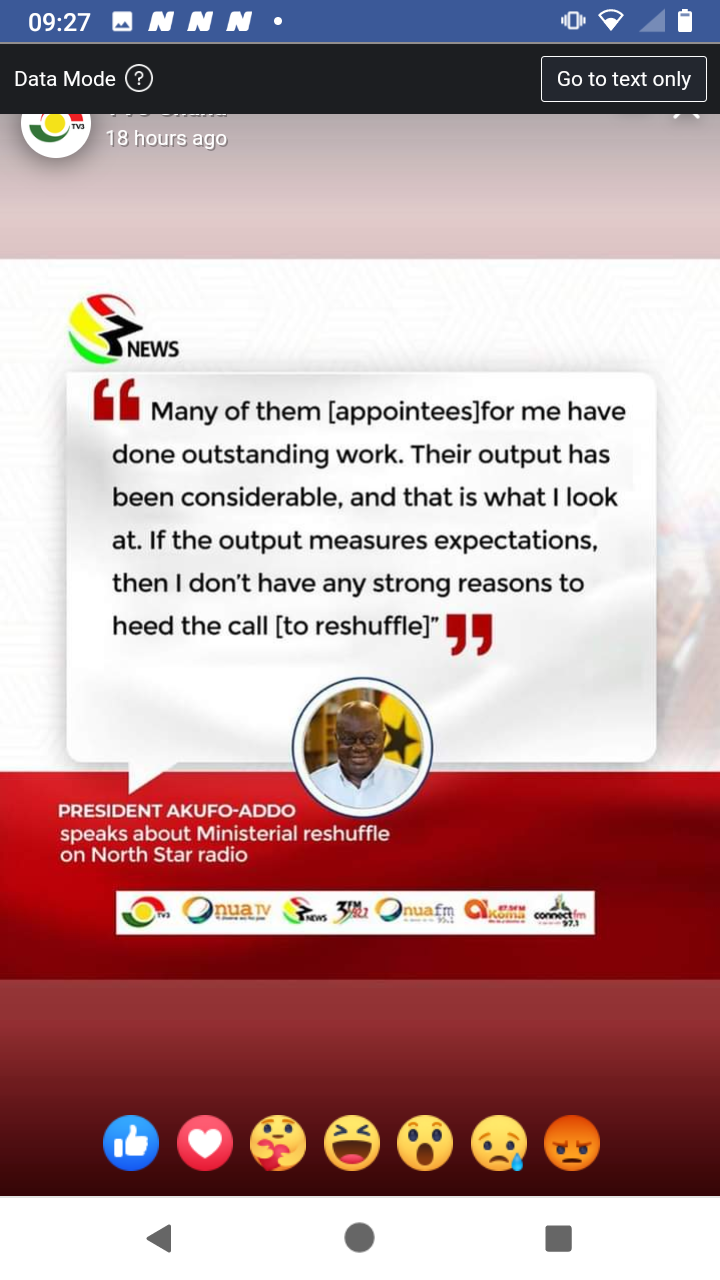 UTAG, Other University Teacher Unions To Embark On Nationwide Strike.

Are you tired of being jobless? Read this

Ex-Black Stars And Juventus Midfielder, Kwadwo Asamoah, Has Announced His Retirement From Football.