By Tawheednews (self meida writer) | 28 days 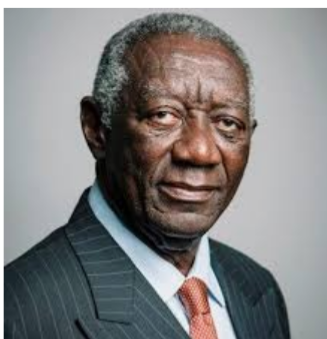 Former President John Agyekum Kuffuor and his brother, Dr. Kwame Addo Kuffuor have responded to allegations leveled against them by an NPP woman concerning the appointment of Kwame Addo Kuffuor during the Administration of Ex-president Kuffuor.

In a radio discussion, the woman alledged that, former President Kuffuor only appointed his brother in to his administration because he was a family member and not based on his qualification.

He also took a swipe at the radio station for not cross checking the claims by the woman, adding that, they should have done their own investigations to find out the truth or other wise of the allegations.

The former President appointed his younger brother, Dr. Kwame Addo Kuffuor in to his Administration as Minister of Defence.

At the time, some people questioned why he appointed his brother in to his Government as some people see it as nepotism.

But the former President defended his decision to appoint his brother to serve in his Government as he was qualified for the position.

For instance, under former President John Mahama, he was accused of running a family and friends Government by the then opposition NPP due to the involvement of his wife and brother in some Government issues.

The current President, Nana Addo Dankwa Akufo-Addo has also faced the same criticism of having some family members in his Government, including the current Finance Minister, Ken Ofori Atta and other family relations.