Why do we want to suppress people who do not think and act like us?-Nkrumah wades into anti-gay bill

The anti-gay bill has become a topical issue in the country and has recieved diverse views since it was drafted. Majority of Ghanaians have vouched their support for the passing of the bill but others, including international human rights advocates have jumped to the defence of the LGBTQ+ group, insisting the bill is an infringement on the rights of the minority group and must be reviewed. However Dr Sekou Nkrumah has waded into the issue and has voiced out his opinion. He opined that, it is not right to suppress or condemn anybody because they act unconventionally but rather we need to accept everyone for who they are. He cited the story of one of the greatest African American writers, James Baldwin, who was openly gay in his opinion. Nkrumah also stated that, undermining some key fundamental freedoms can go a long way to hamper the development of the society. Have a look at Sekou Nkrumah's view. 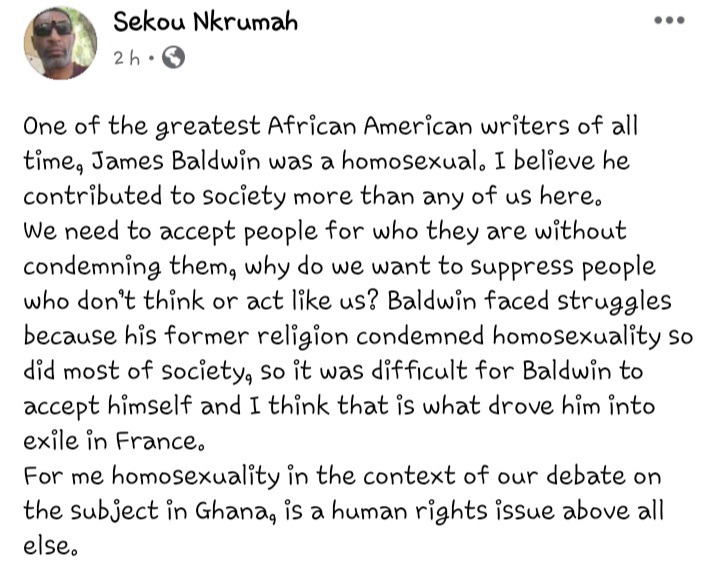 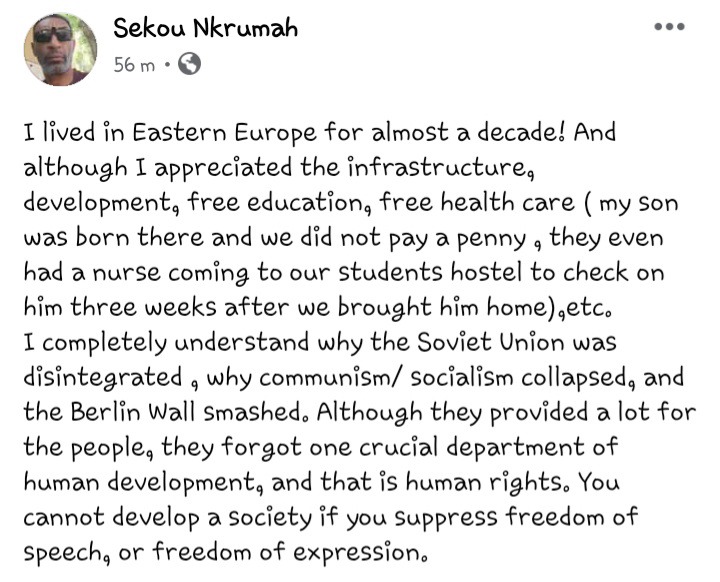 Sekou Nkrumah seem to side with the group which thinks the country would be too harsh to criminalize LGBTQ+. The likes of Akoto Ampaw, a private legal practitioner, Emerita Takyiwaa Manuh and professor Kwame Karikari have also kicked against the draconian bill recently, as they believe it is a clear violation of some fundamental human rights under the country's constitution. Meanwhile the General Secretary of the Pentecost Church have also threatened that, members of Parliament who vote against the bill would stand a risks of losing their seats in their constituencies because, they would also campaign against them.

The bill passing through would see people who support and advocate for same-sex marriage and LGBTQ+ rights serve a maximum of 10 years in prison. LGBTQ+ community in the country continue to call for global help over the anti-gay bill but it seem the possibility of the bill pass through looks greater at this juncture.