It's true. Akufo Addo was leading per our collated results in our strong room.- NDC Lawyer confesses

By K.TeeDeWriter (self media writer) | 2 years ago 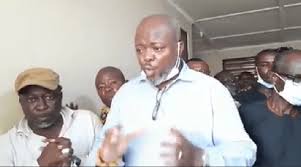 The whole NDC fraternity has been chastising the Electoral commission of Ghana and the ruling New Patriotic party for intentionally maneuvering both the parliamentary and presidential results in the just ended December 7th general elections.

According to them, the fact that the EC chair madam Jean Mensah, came out openly to confessed that there was some slight errors in the declared figure and for that matter made the needed corrections, there is no way they are going to accept the final declaration as done by them unless, an independent audit firm is hired to do what they term as forensic audit into the collated results.

This particular decision from the leaders of the party has rendered their fans with no other option than to indulge themselves into unlawful street protests and demonstration coupled with several brutalities such as blocking of major roads and burning of tyres. 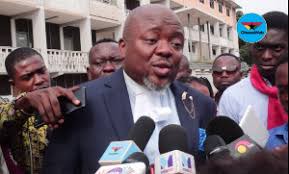 But finally one of their staunch lawyers who is part of their legal team has confessed that though they have issues with the presidential results, he is aware the NPP flag bearer, Akufo Addo was in comfortable lead as compared to Mahama. Lawyer Kojogah Adawudu, speaking today on United Television's 'Critical issues' hosted by Afia Pokuah, confessed that they knew president Akufo Addo was still leading the presidential polls according to their figures they had collated in their strong room as at the time almost 80% of the collation of the pink sheets, but they could guess from the remaining pink sheets that they were yet to collate that at least Mahama could push the elections to a run off since none of the candidate had crossed the 50+1% mark. 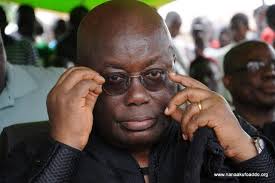 He concluded by saying that, the evidence they have gathered for now shows that Nana Addo could hover around 49.6% as against Mahama's 48.3% so they are still on their audit of the pink sheets after which they will think of going to the supreme court for redress. 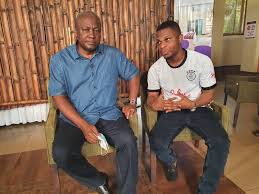 Do you think it's possible for the NDC to overturn the presidential election results after Akufo Addo has been sworn in on January 7th?