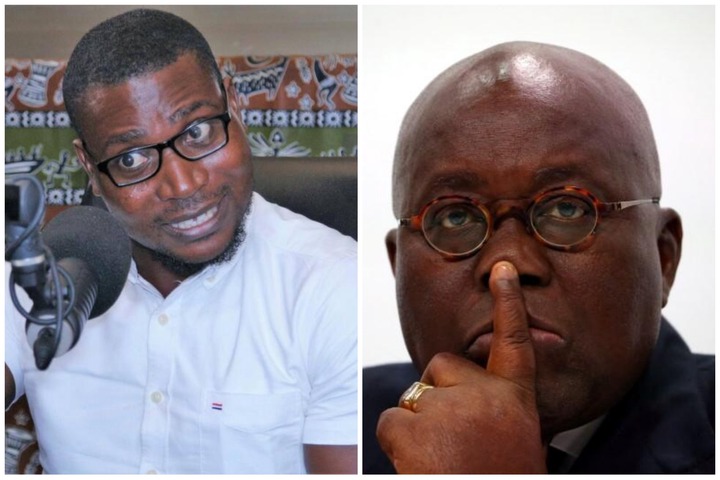 The Alliance for Social Equity and Public Accountability (ASEPA) has petitioned the Commission for Human Rights and Administrative Justice (CHRAJ) to cause an investigation into the alleged $40,000 bribe that was offered President Nana Addo, as captured in a video broadcasted by the National Communications Officer for the NDC, Sammy Gyamfi on Adom TV last night.

A statement signed by the Executive Director for ASEPA, Thompson Mensah prayed that CHRAJ invokes Section 7(1)(a)(f) of the CHRAJ Act to initiate investigations into the matter and advice as such, if the President violated his oath of Office and the laws of the Ghana.

Mr. Thompson remarks that the allegations need not be allowed to fade as the matter raised are troubling. He prayed that CHRAJ confirm to the organisation and the nation at large if there were any breach of law, and then specify the number of constitutional laws broken.

"We want CHRAJ to establish the number of laws that were broken by the President, by this singular action and to establish whether the bribery had played any role in any subsequent decision the President had taken in any related matter."

As though that's not enough, ASEPA wish to have the bank accounts of the President subjected to forensic audit to determine if there has been any fraudulent transaction taken over the period.

"We also request CHRAJ to perform a forensic audit on the President's personal bank accounts and to ascertain the flow of funds into the President bank account to establish the source of the funds in the account."

The documentary which was broadcasted on TV alleged that the said cash gift was offered by the wife [Hajia Fawzia] of Alhaji Abass Awolo a Director of Urban Roads Department, to get the latter retained at a time government was retiring several appointees of the John Dramani Mahama administration.

But before that broadcast, a similar video of that sort, got leaked. The content was rubbished as frivolous by many politicians in government and even celebrated journalist, Manasseh Azure Awuni.

In the face of these allegations, the NDC insist the content are factual.

Could this petition by ASEPA make any difference especially with their demands on CHRAJ?

Find a copy of the release below. 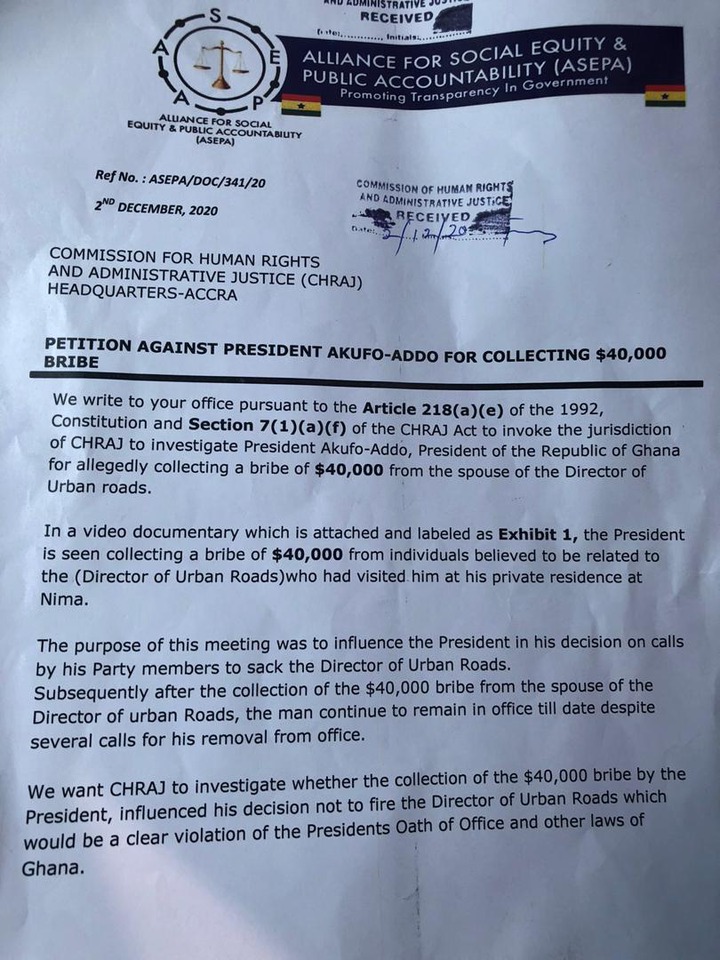 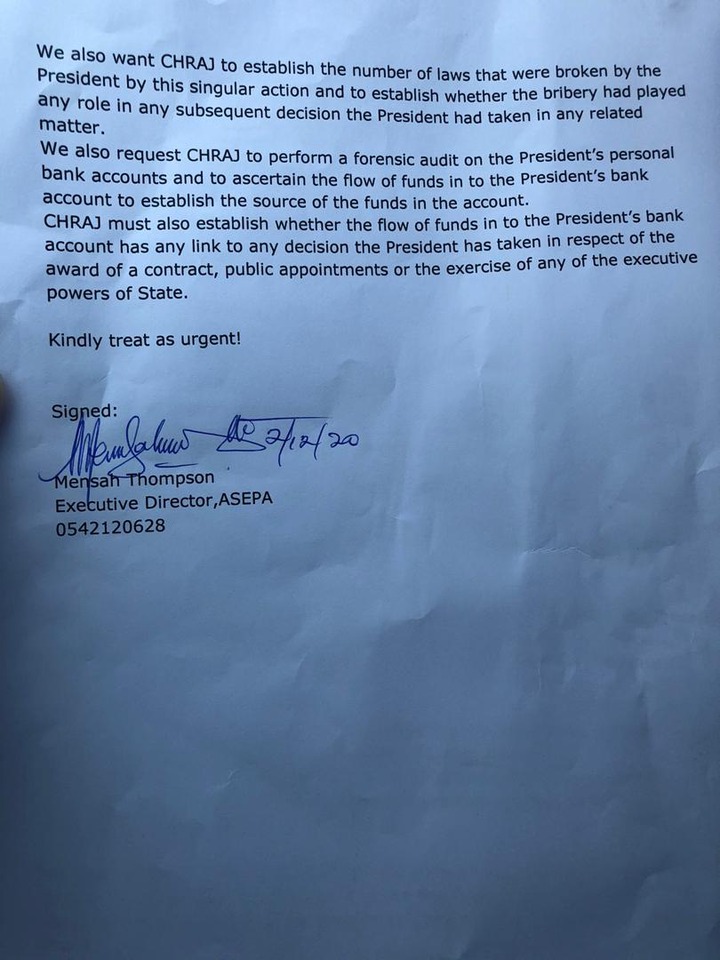