It Is Not Akufo-Addo, He Is The Reason NPP Will Lose The 2024 Elections - Kelvin Taylor

By Jamal (self media writer) | 2 days ago 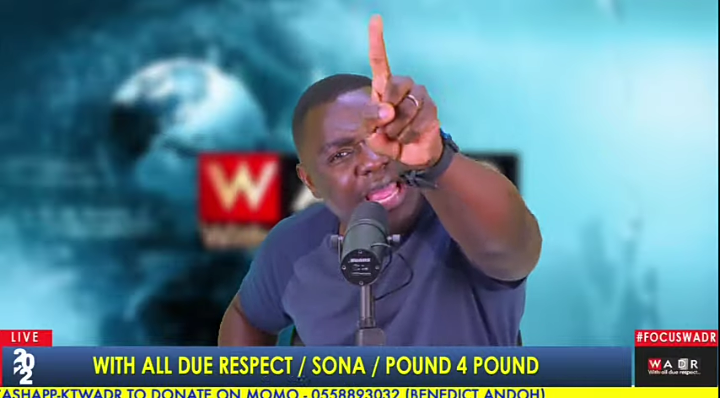 On Loud Silence Tv yesternight, Kelvin Taylor revealed the reason why he hates Chairman Wontumi and reveals one personality who will cause the downfall of the NPP.

Here's what he revealed and said;

Sometimes, people ask me what Chairman Wontumi has done to me. He doesn't know me anywhere.

He just sat on his radio and insulted my parents and me. The reason is that Kennedy Agyapong messed up and I corrected him.

He then proceeded to Oman FM in Accra and spoke about my mother on the radio with Kennedy Agyapong.

Today, when he is asked why the NPP has not delivered in the Ashanti Region as promised, all he says is to blame Akufo-Addo.

So Chairman Wontumi shouldn't be blamed after campaigning to employ 10,000 people with a big farm project?

He's the same person to be blamed for why anyone can just get up and speak anyone to the NPP.

I respect Otumfuor so much that he's the reason I can say certain things. What value has Chairman Wontumi added to the NPP since he became the Ashanti regional Chairman?

It will be very difficult for the NPP to come back to power if they lose power. The party is not attractive to anybody again.

Thus, If NPP will lose the 2024 elections, Chairman Wontumi is the reason because he hasn't been productive.

Content created and supplied by: Jamal (via Opera News )