Shake-up Hits the Leadership of National Security Apparatus of Ghana

By publisherwork (self media writer) | 1 month ago

The President of the Republic of Ghana, Nana Addo Dankwa Akufo-Addo has reassigned the National Security Co-ordinator, Major General Francis Adu-Amanfoh to act as the Special Advisor to the President for the Accra Initiative with effect from Monday, 8th August 2022.

Director General of the National Intelligence Bureau, Mr Kwaku Domfeh has also been appointed by the President as the Ambassador-designate to the Democratic Republic of Congo. 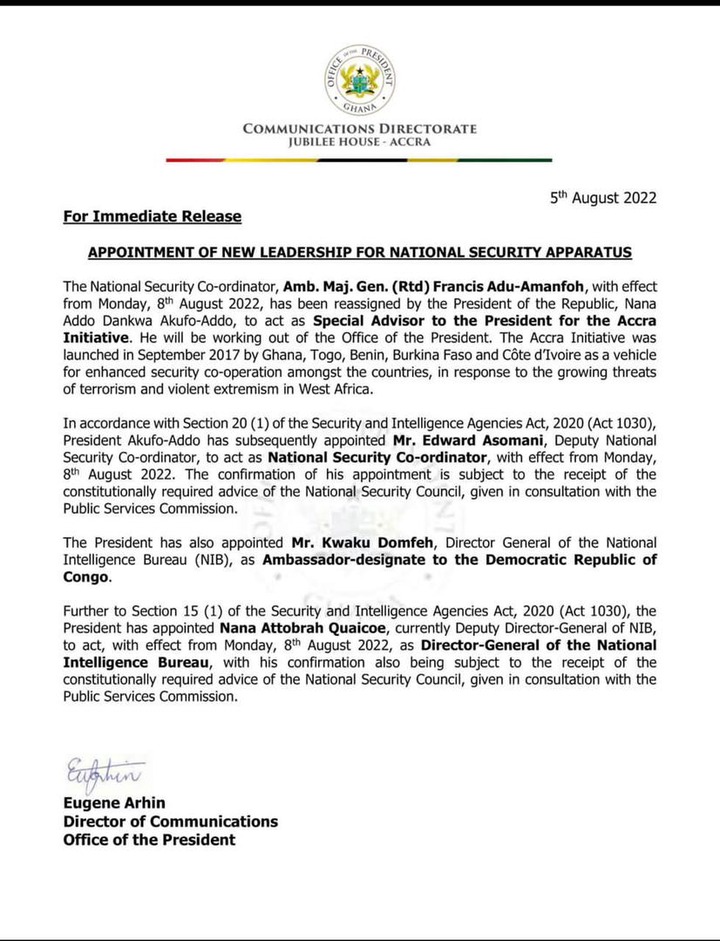 Content created and supplied by: publisherwork (via Opera News )