Meet King Agorkoli, The Wicked King Who Ruled The Ewe People. See What He Did.

By Amos_news (self meida writer) | 1 months 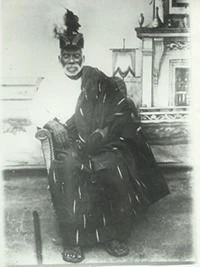 Togbe Agorkoli was the legendary ruler of Notsie, a modern-day Togo city. During his reign, the Ewe peoples of what is now Ghana and Togo fled Notsie and settled in their current homelands. He ruled the Ewe with an iron hand, putting anyone who spoke out against him on trial and, always, finding them guilty, which meant death. When the Ewe people decided they didn't want to live under his command, they sought out Togbe Tsali, a well-known and powerful hunter.

Tsali decided to listen to their arguments. It is said that he enchanted the drums to bring all the royals and Togbe Agorkoli to sleep during a festive holiday. He then rallied the citizens to pass through a gap in a thick mud wall, freeing the Ewe people from Notsie's clutches. Tsali persuaded the civilians to walk backwards in order to confuse their pursuers when fleeing. 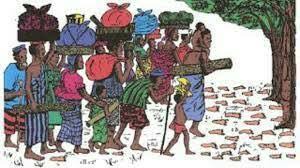 According to legend, when Togbui Agorkoli realized that many of his people had vanished, he ordered his soldiers to go find them, but they were unable to do so because they had moved backwards. According to other sources, Tsali transformed into a mouse and reversed the course of their footprints.