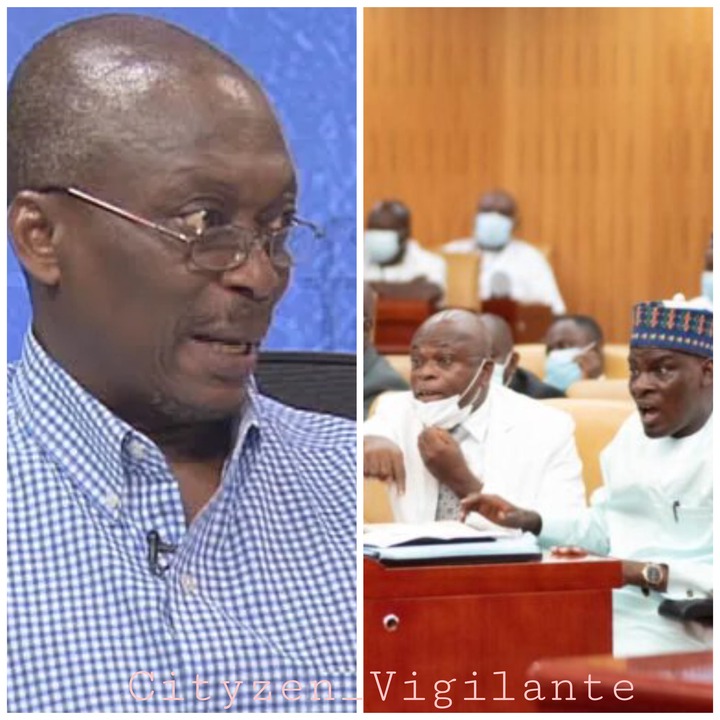 Senior Journalist and Editor-in-Chief of the New Crusading Guide, Abdul Malik Kweku Baako Jnr has advised Parliamentary members of the National Democratic Congress, to challenge the ruling of the Speaker, Alban Bagbin, if they disagree with a ruling by the latter.

The Minister of Finance was in Parliament yesterday to answer a question filed by the North Tongu MP, Honorable Okudzeto Ablakwa is respect of cost relative to the President’s recent trips to France, Belgium and South Africa. Interestingly, the Minister was not able to provide an answer to the question but referred it to the National Security Minister with reason that, the latter was best placed to respond because the answer had National security implications.

The minority argued on the back of article 202 to request on the Speaker to force the Minister to respond but the speaker ruled that, per the Finance Minister’s submissions, the question should be directed to the National Security Minister and in the event that, parliament is still not given those answers, then the house takes the next line of action.

The minority disagreed with the ruling on the Speaker but obliged and the North Tongu MP subsequently filed the question again for the National Security Minister to respond in the coming days.

On “Good Morning Gyama” this morning, Sammy Gyamfi re-echoed the minority’s disappointment of the Speaker’s ruling and further asserted that, the posture of the finance Minister to hide behind technicalities were unfortunate and disrespectful.

In responding to Sammy Gyamfi’s position on the matter, Kweku baako indicated the minister could have handled the situation better because there was a lot of time for him to indicate to parliament to redirect the question to the National Security Minister.

He commended the resilience on the part of the North Tongu MP, Okudzeto Ablakwa, to get to the root of the matter.

In suggesting ways the minority could use to address their dissatisfaction with the Speaker’s ruling, he said; “if the tenacity that my brother (Sammy Gyamfi) refer to is anything to go by, remember I also said the resilience of Ablakwa and things which I admire. The Speaker made rulings. We are talking parliament. They should challenge the Speaker’s ruling. Challenge in Parliamentary practice.I am saying move a motion, substantive motion challenging it if indeed you think it’s unlawful. The procedures allows that”.

Both panelists, together with the host, expressed their worries with how this matter has been stretched.