By Abaporeboswell (self meida writer) | 5 days 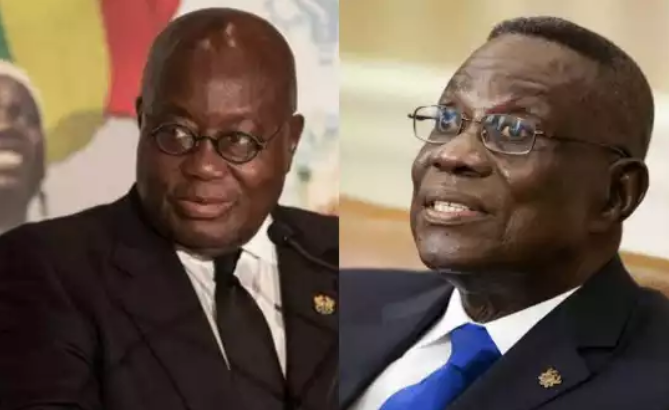 Eight years ago, the former president of Ghana now Late professor John Fiifi A ta a Mills punched His Excellency Nana Akufo Addo then the NPP presidential candidate with some few words which netizens claim was prophecy. And he was saying that "Nana Addo is always talking about having fought for democracy and human freedom, which is quiet clear they are following their tradition of property owning democracy. That is each man for himself and God for the select few".

Despite the fact that this above statement was only a comment and a political statement from Late Professor John Fiifi Atta Mills, listeners and readers of the statement have had different school of thought and perspective to the words of the late president. Some have classified the statement as a prophecy Ghanaians didn't make much attention to or just a mere coincidence. They explained that, president Nana Akufo Addo has always touted himself as a human right activist before and during his tenure as president of the republic hey several human rights violation has occurred under his watch. People have been unlawfully murdered, there has been insecurities here and there but in all the human right activist has failed to safeguard the rights of citizens. This netizens claim is a direct manifestation of what Late President Atta Mills said.

Moreover, the Akufo Addo government has been lambasted by many politicians and social commentators for building a family of friends and family. The National Democratic Congress' (NDC) in 2019 released a list of 51 government appointees they believe are either family members or friends of the president, Nana Addo Dankwa Akufo-Addo. Borrowing Late prof. Mills words "their tradition of property owning democracy", some concluded the current state of Akufo Addo's administration is no different from what Atta Mills foresaw.

Content created and supplied by: Abaporeboswell (via Opera News )