The former President of the United State of America, President Barrack Obama came to Ghana on 11th July 2009 when the late President of the Republic, Professor John Evans Fiifi Atta Mills was the President of Ghana. The Nation's Presidency seat by then was the Osu Castle also known as Fort Christianborg.

Also in the picture is John Dramani Mahama, the Vice President of Mills at that time but later succeeded President John Atta Mills when he sadly passed on 24th July 2012. Most Ghanaians after coming across this picture said that these past Presidents are the true nation-builders of Ghana.

They were very much united even though they had their different view of issues in the country. They argued that when you talk about Ex-Presidents of a State in Africa who are very much united, you cannot take Rawlings, Atta Mills, Kufuor and Rawlings out.

Some Ghanaians also stated that corruptions cases under these state men were very comparably to the regime of President Akufo-Addo. In their period, Ghanaians felt safe and protected but now, military men are even brutalizing SHS girls under Akufo-Addo's regime. Burrowing under this current government have exceeded the sum of all money burrowed by these former Presidents of the State. 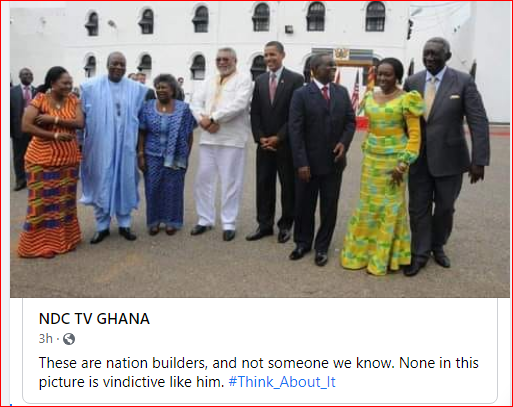 In view of that, they believe this picture speaks a lot and they believe Rawlings, Kufour, Atta Mills and John Mahama were the true nation builders of Ghana but not Akufo-Addo. 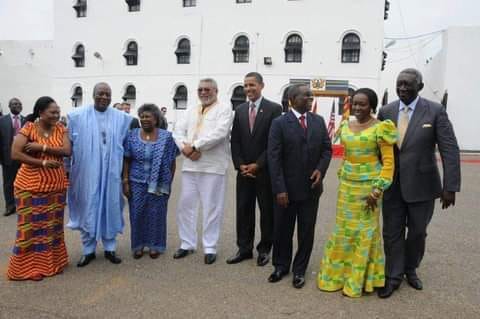 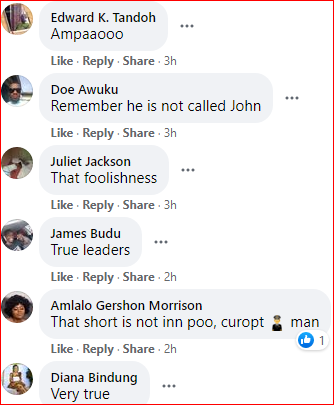 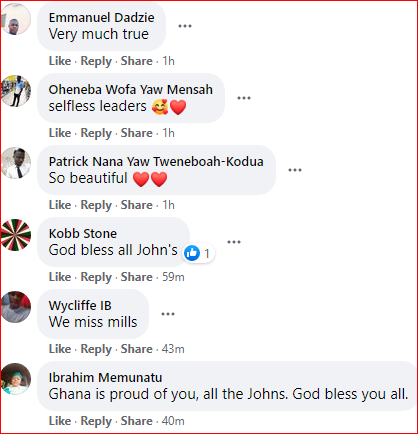