By MrsBabie (self meida writer) | 29 days

Yaw Osafo-Maafo was born in Akyem Awisa in 1942, has announced this week that, he is the Senior Presidential Advisor to H. E Nana Addo, this comes on the back of his most recent service to the same administration, however, in an official capacity as a Senior Minister. 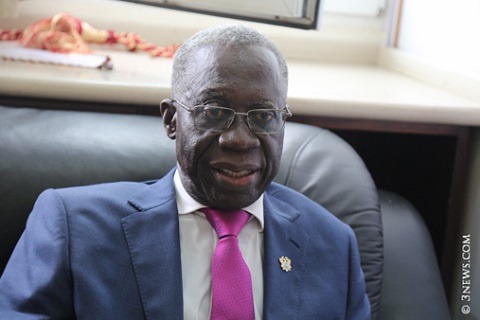 A look at his top career clearly indicates that, the "SENIOR" attached to his most recent past and current portfolio in government may well be appropriate, as he joined the Volta Aluminum Company (VALCO) as an engineer and rose through the ranks to become the CEO and had established his credentials in the banking and finance sector by heading and successfully restructuring two major Ghanaian banks, the Bank for Housing and Construction, and the National Investment Bank between 1979 and 1992. He has been a Consultant to the World Bank, the African Development Bank and the United Nations Development Programme. He is the past Vice-President of the Executive Committee of the West African Bankers' Association, and a founding Deputy Chairman of the Ghana Stock Exchange.

He has served as Chairman and a board member on a number of corporations including Nestle Ghana Limited, National Trust Holding Company, Merchant Bank Ghana Limited, National Development Planning Commission, Divestiture Implementation Committee and Donewell Insurance. He stepped down after serving as a Member of Parliament for Akim Oda Constituency in the Eastern Region of Ghana, for three terms. He is a fellow of the Ghana Institution of Engineers and an Honorary Fellow of the Ghana Institute of Architects.

Whereas these and more is known in the public of him, very little is also known about his biological sons, also serving in the public space and in top positions, so meet his sons, taking after their father's steps as government appointees, serving God and country also.

Mr. Kofi Osafo-Maafo is a member of the Board of Directors of CalBank Ghana, appointed since August 2017. Aside this, he is also the Deputy Director General, Investments & Development at Social Security & National Insurance Trust (SSNIT) of Ghana. According to his profile well published online, he is a senior investment professional with 22 years’ experience in the UK investment management and investment banking Industry, as Kofi Osafo-Marfo has held senior positions at Pictet Asset Management, Unicredit Bank and HSBC Global Asset Management and has experience across a wide range of sectors including Oil & Gas, Mining, Building & Construction and Agriculture and Chemicals, covering transactions across Europe, North America, and Global Emerging Markets including Africa. 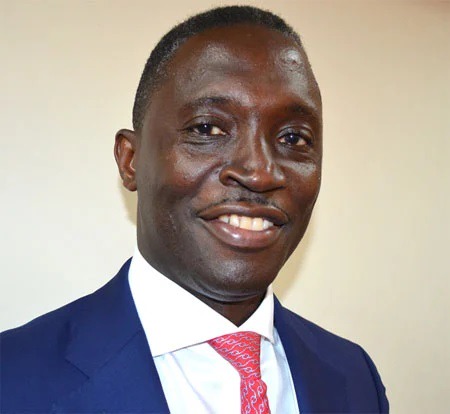 Kofi Osafo-Marfo received his top notch education from outside Ghana, as he holds attended the UK based Queen Mary’s College of the University of London, where he obtained his Bachelor's Degree, a BSc in Economics. He then proceeded to the University of Reading, also based in the UK, for his MA in International Business & Finance.

It must be noted that, Kofi Osafo-Marfo has not been controversy free, as he was named as a leading figure in the infamous "Agyapa" deal, that was officially classified as a potentially corrupt deal by the Sole Prosecutor of H. E Nana Addo. However, in coming to his defense, the Minister for Finance, Ken Ofori-Atta had said that, Kofi Bosompem Osafo-Maafo, had experience in mineral royalties’ transaction and his track record in some of the countries he has worked for, very much qualifies him to engage in the Agyapa Royalties deal.

Speaking on Newsfile on Joy FM, he had said, nothing barred Kofi Osafo-Maafo, from participating in the deal, as he and Gabby Otchere-Darko, a relative of the Finance Minister and the President of Ghana had been appointed as members of the Agyapa Mineral Royalties firm to handle the deal.

On to another biological son serving Ghana at the top level of leadership is the far younger son, named Kwadwo Gyamfi Osafo-Maafo, is also a top corporate leader at National Communication's Authority (NCA), where he is a Deputy Director at NCA, as the Head of Cyber Security Division at National Communications Authority. Prior to this, he was a full time lecturer at the Ashesi University where he taught courses in Programming II; Concepts of Programming Languages; Databases for an entire decade, between 2007 to 2017.

Kwadwo Gyamfi Osafo-Maafo, unlike his brother who was based in the UK, spent most of his growing life in the USA, having gained a B.A., Applied Mathematics, from the Lehigh University, based in the USA and subsequently, a B. Sc. in Computer Engineering, from the same Lehigh University, USA. He then proceeded to the University of Michigan, Ann Arbor, USA where he successfully completed and was awarded a Masters Degree (M.Sc.) in Computer Science and Engineering, 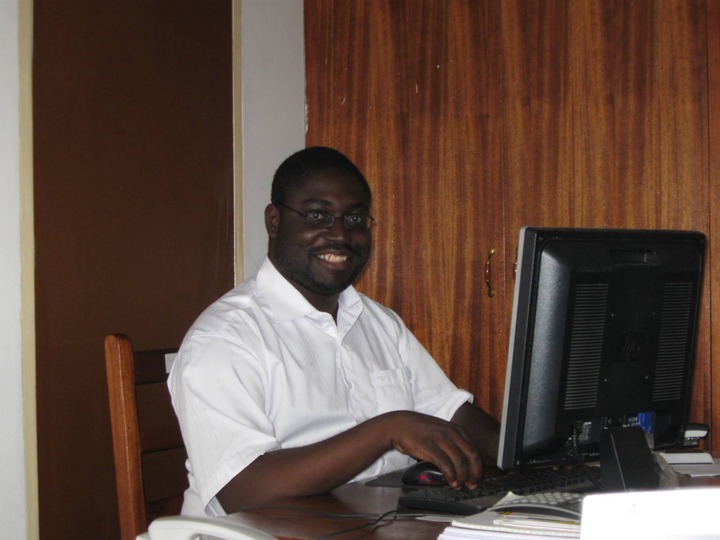 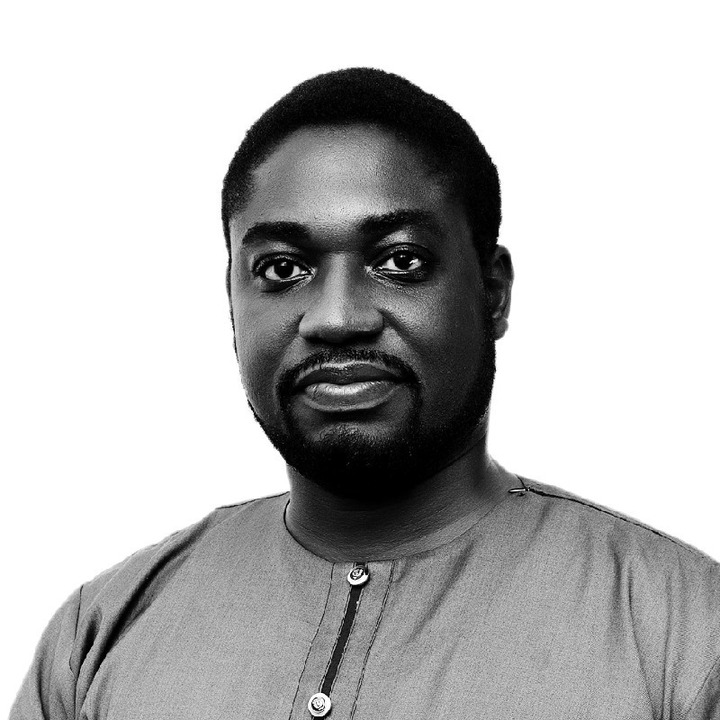 Interestingly, in 2019, Mr. Yaw Osafo Maafo, who is now officially the President's Senior Presidential Advisor, when his sons appointments became public, came to the defense of his two sons, Kofi Bosompem Osafo Maafo and Kwadwo Gyamfi Osafo Maafo for taking over positions in government agencies at a time that he said the system was choked.

Father Osafo Marfo, was severely criticized and accused of strategically pushing and placing his two sons at the very top of the two different state institutions; few months after the New Patriotic Party (NPP) and Nana Akufo-Addo, took over the realm of the state in 2017, as it was alleged that in one particular instance, the position was specifically created for the Senior Minister’s last son, because, ahead of his appointment, there was no such portfolio.

The Senior Minister’s two sons, who were not in the state employment, were placed at top executive positions, whilst the Senior Minister reportedly insisted that Akufo-Addo government does not have the capacity to employ more public servants, despite job promises to the electorates during the 2016 election campaign.

But responding to those charges then on Asempa FM’s Ekosiisen show, Hon. Yaw Osafo Marfo rebuffed the assertions stressing that one of his sons was actually poached for the job and not because he used his influence to get them jobs.

“My son are over qualified for the offices they are occupying at the moment. One of them was one time the only black Director of the HSBC Bank at the age of about 35 years, he was actually poached to come and do the work here and not just because he’s my child. He made first class twice in Michigan in the US, he was given a job, he later said he was fed up with staying in America and so came back home to Ghana. He lectured in Ashesi University and you can ask Ashesi for his performance.“…They advertised for the job at NCA and I think he topped the interview. No one should suffer because he’s the child of Osafo Maafo, if the person is good, he’s good. Why should it be a disadvantage to be an Osafo Maafo.” 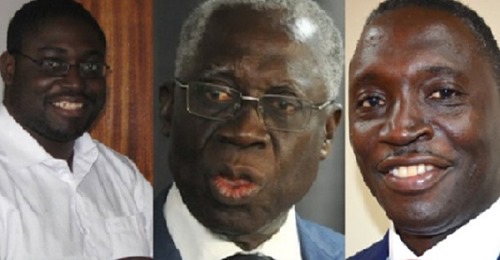 Responding to this, a senior lecturer at the University of Ghana Political Science department, Professor Ransford Gyampo, has taken a swipe at the Senior Minister, Yaw Osafo Marfo for approving the enrollment of his children into the public sector, as earlier that same week, the minister had then indicated that there could be a lay-off exercise in the public sector unless government manages to partner with the private sector to create more jobs.

However in a Facebook post then, Prof. Gyampo had called out the minister for making such statement, especially when during his time in opposition he (Marfo) heavily berated the previous government for making the same utterances. Gyampo lambasted the minister for enrolling his own sons into the public sector while telling other Ghanaians that are no more vacancies, and some workers would possibly be laid off. According to him, the minister’s jabs at the previous government while in opposition are now revealed to either be lies to attain votes or Osafo Marfo had no knowledge of the matter he had criticized.

“My happiness is that the very gullible people who failed to reason with me when I argued that politicians in Africa and for that matter, Ghana, do not mean well for the ordinary citizenry, are now beginning to know about the politics of deceit. Indeed, your own supporters have taken serious issues with your recent comment on employment in the Public Sector,” Gyampo said. The professor further condemned politicians in Ghana, describing them as “greedy and self-serving cabals” who will continue to manipulate Ghanaians because they know the people are extremely partisan. Gyampo stated: “Fellow Ghanaians and my friends, blind support to political parties only promote the interests of political elites, their children and cronies. it is in our own interest to rise above the kind of excessive partisanship that breeds political madness, undermines our own sovereignty as the real owners of power and makes us gullible and manipulable tools in the hands of selfish politicians.” The lecturer called on all Ghanaians to rise up and keep government on their toes else they would continue to make promises they cannot fulfill and inefficiently govern the country. 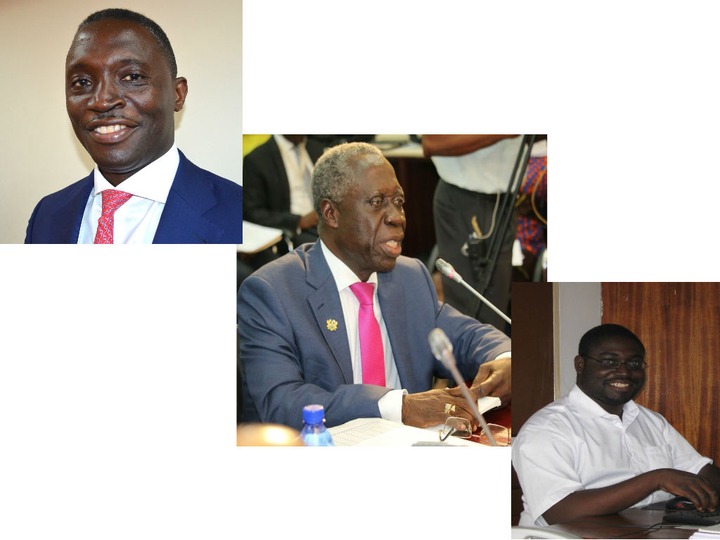