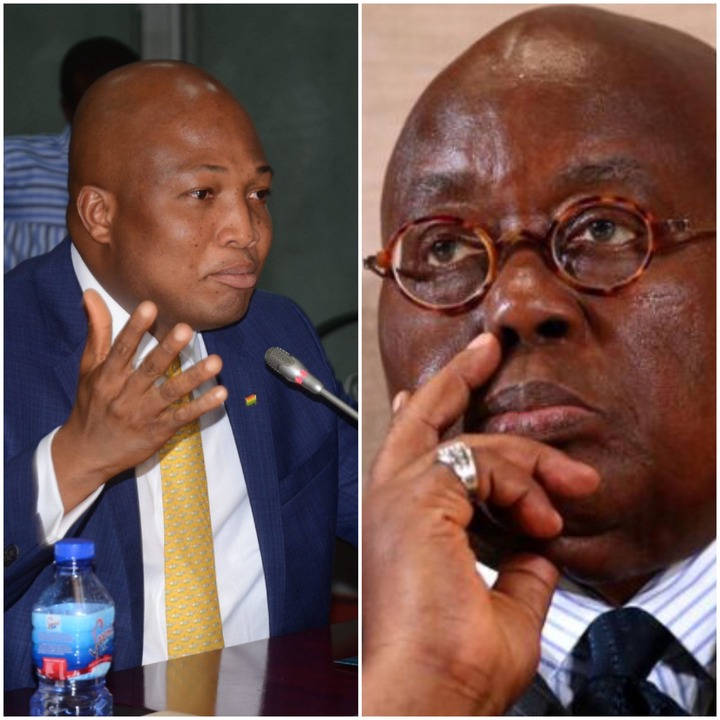 News broke out today when it was revealed that Charles Kormi Kudzordzi popularly known as Papavi had passed on. Papavi is best remembered for his struggle to break Western Togoland from Ghana. At age 86, he led an infamous revolution with a host of others to declare independence. He was arrested alongside his conspirators and put before trial. They were released due to lack of evidence but later rearrested after a roadblock incident last year. 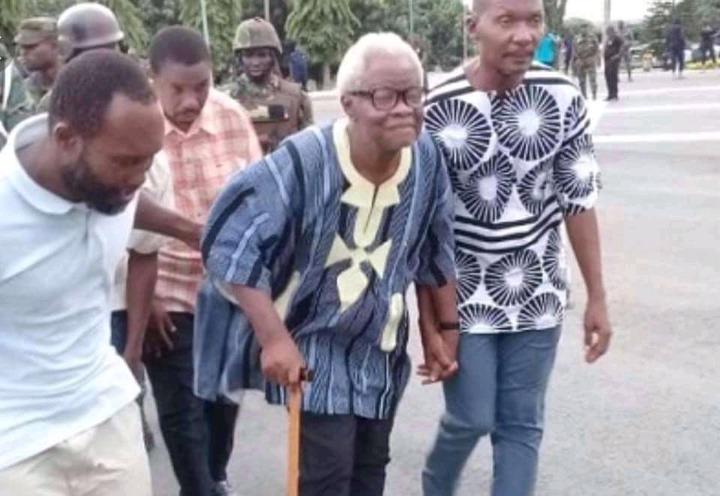 The octogenarian passed on today at the Keta Government hospital at age 88. In expressing his condolences, Okudzeto Ablakwa noted that though he never supported the move by Papavi to declare independence for some parts of Ghana, he believes Papavi was a patriot. He paid tributes to the man he believed wanted the best for the Volta Region. 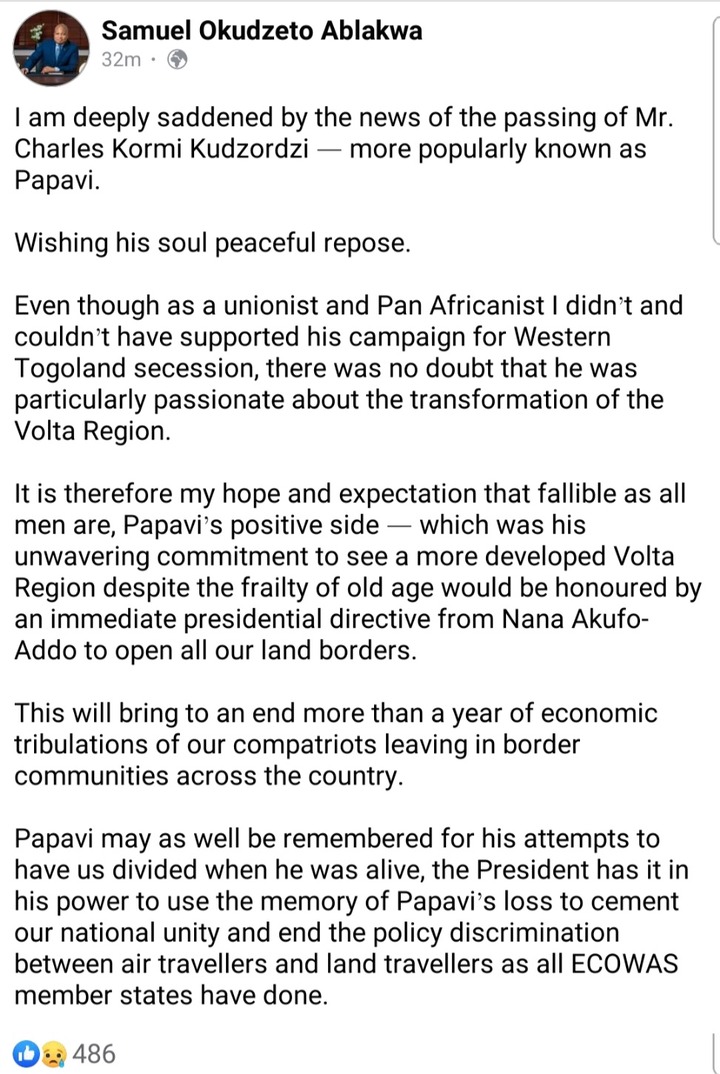 Interestingly, the North Tongu MP called for President Akufo-Addo to immediately open the land borders as a way to honor Papavi. According to the MP, an opening of the land borders which had been closed for more than 1 and half years will bring to an end of economic tribulations that the people in the Volta Region have endured. Okudzeto also called on president Akufo-Addo to use the memory to promote peace in the country.