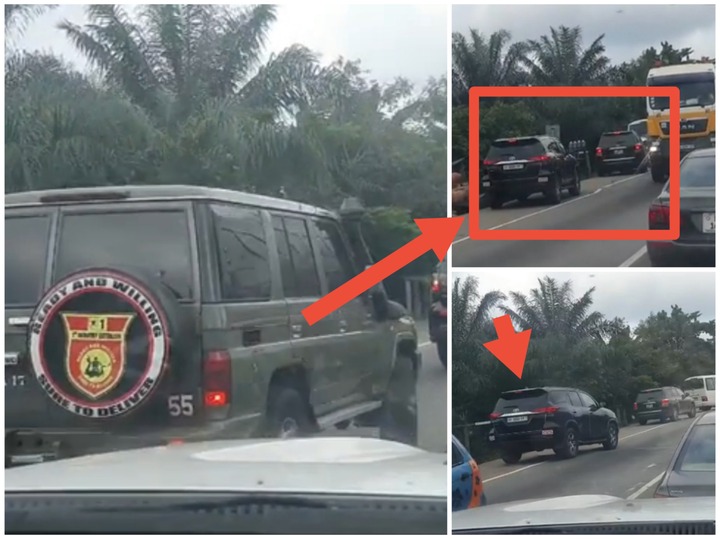 It is interesting but worrying the manner at which some legislators who ought to set an example in respect of compliance to the law, act deviantly. Today, on the Kwahu Tafo road, four Toyota Land Cruiser V8 cars and a military vehicle were caught on camera flouting road traffic regulations.

A 2020 parliamentary candidate of the Progressive People's Party (PPP) John Sterlin took a video recording of them overtaking a traffic with their sirens honking at vehicles heading the opposite direction. They nearly got crushed up by heavy duty haulage trucks and this caused them to drive off the road onto the shoulders on the road.

Mr. Sterlin explained that the parliamentarians were stuck for minutes until one driver opened up for them to rejoin the traffic. He indicated that none of the drivers on the other lane were willing to give way for them to pass because they knew about a directive barring the use of sirens by parliamentarians and even the security. 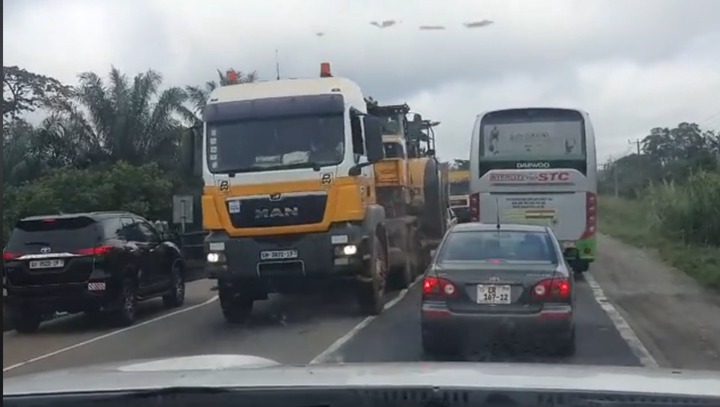 He had hoped that the other drivers never gave way for them to pass so they could rejoin at the tail end of the traffic. The video recording couldn't capture clearly the number plates of the Toyota Land Cruisers but the military van was registered with 51 GA 17.

Mr. Sterlin was very furious and insulted them for being that reckless and abusive of the office they occupy. He lamented that the parliamentarians had no right to breach the laws for any other occassion unless in an emergency.

According to him, it is obvious the law makers are heading for a funeral as there is no news about any national assignment within the area that would cause them to reconsider. 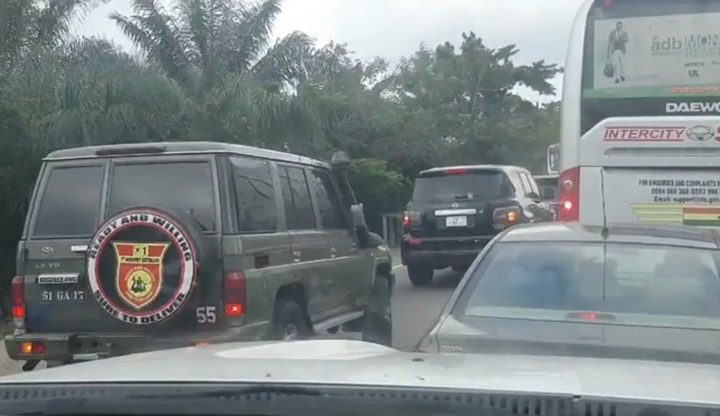 The Kwahu Tafo road has been burdened with heavy traffic in recent times especially during weekends. The Motor Transport and Traffic Directorate of the Ghana Police Service have been managing the flow of traffic to ease the congestions.

With Mr. Sterlin's video, the police could cause an investigation into this lawlessness and sanction the lawmakers accordingly to set an example of the need for the road traffic regulations to be respected.