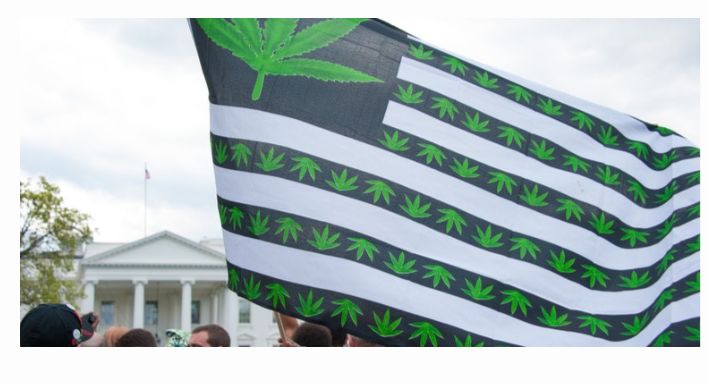 Some Biden White House staffers have been subject to suspensions, placement on remote work and been asked to resign after disclosing past marijuana use since the start of the administration. The Daily Beastfirst reported the personnel actions last week, saying that this had happened to dozens of employees.

"We ask that you clarify your employment suitability policies, remove past cannabis use as a potential disqualifier, and apply these policies with consistency and fairness," they wrote, saying that they were "dismayed."

The administration had previously signaled that it would waive the usual rules that keep appointees with a history of pot from getting some security clearances, the lawmakers wrote.

Last month, OPM issued guidance on marijuana use. The office instructed agencies to treat previous use of the drug on a case-by-case basis, although continued use can still be a disqualifier. Pot is still illegal under federal law despite movement toward some legalization or decriminalization in states. A Reagan administration executive order on drug-free workplaces, which says that those using illegal drugs "are not suitable for federal employment" is still on the books.

The lawmakers, however, pointed to the legalization of cannabis for adults or medical use in 36 states, including recent legalization via ballot initiatives.

"The American people are demanding a change to punitive and harsh cannabis laws that have always been unequally applied," they wrote.

The lawmakers also pointed to the admission of former President Barack Obama, Vice President Kamala Harris and Secretary of Transportation Pete Buttigieg to using pot in the past.

The former staffers who were fired had also raised "other security issues," Psaki said on Wednesday.

She pointed to the illegal status of marijuana use on a federal level when asked about why the president can't unilaterally change policies. Psaki also said that the administration has current employees who wouldn't have been able to serve under the policies of previous administrations.

"Because of our efforts to modernize and work with the security service, they're able to serve," she said. "In the past – and I served in the Obama-Biden administration – the rules were actually far more stringent."

Content created and supplied by: Archangel000 (via Opera News )