The year the first aircraft was registered in Ghana after independence

By Mr.Blazing (self meida writer) | 1 months 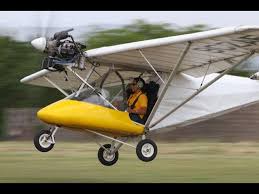 Aircraft know for it's quick and fast what of transporting both human and goods has now been widely used and accessible to many in various parts of the world especially, Ghana.

Before independence, there was an aircraft operating but it was controlled and manged by the British colonial masters.

After independence, Ghana's airline's first aircraft, and hence the first aircraft to be registered in Ghana since the nation became independent, was a de Havilland Heron delivered on 30 December, 1959.

At the end of the airline's first year of operation they had made a net profit of US$28,000. This was a big boom for Ghana since that was the first time such was managed in the country by our own people.

By then, the Ghana Airways Limited was the national airline of the Republic of Ghana with its main base of operation, and hub, at Kotoka International Airport in Accra.

The airline halt operations in 2004, although plans were made to revive operation in later years.

Now, Ghana has advanced in a way that aircraft can be accessed although not in all parts of Ghana, but at least in major cities of the country.