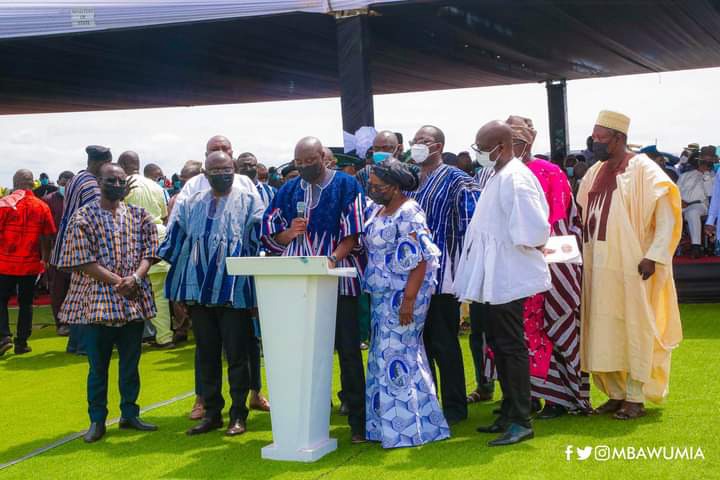 Earlier this month, Ghanaians were thrown into shock and mourning after the news of the demise of Vice President Dr. Mahamadu Bawumia's mother broke out. This year has really been a difficult one for the whole nation as we have lost many great icons including legendary musicians, prominent actors and giant political icons and enthusiasts. Indeed, her death sent shock waves down the spines of many Ghanaians; especially those who iconized her and saw her as a mentor. She died at the grace age of 81 after she was admitted at a hospital in the Greater Accra Region.

Yesterday, the final funeral was held to lay her to eternal sleep. The funeral was a massive one and saw the attendance of the President of the Republic, Nana Addo Danquah Akuffo-Addo, former President Kuffuor, National Chief Imam, popular celebrities and other great political icons.

The Vice President of the Republic, Dr. Mahamadu Bawumia has sent a Thank-you message to Ghanaians over their support during the death and funeral of his late mother, Hajia Mariama Bawumia. According to Dr. Bawumia, the support and comfort words he received from Ghanaians in those hard times were overwhelming. On behalf of his entire family, he expressed gratitude to Ghanaians for their support and encouragement in the difficult times he has been through. He appreciated the unflinching support especially during the 40-day Adua services; a custom in the Islamic Religion.

He sent an appreciation message to President Akuffo, Akosua Fremah Opare, former President John Dramani Mahama and other dignitaries who blessed the funeral with their presence. The statement also thanked Clergymen, traditional authorities and Chiefs who stormed the funeral to support him and his family.

He wrote, "Thank you for mourning with the Bawumia family" on his official Facebook page. Read his original post below; 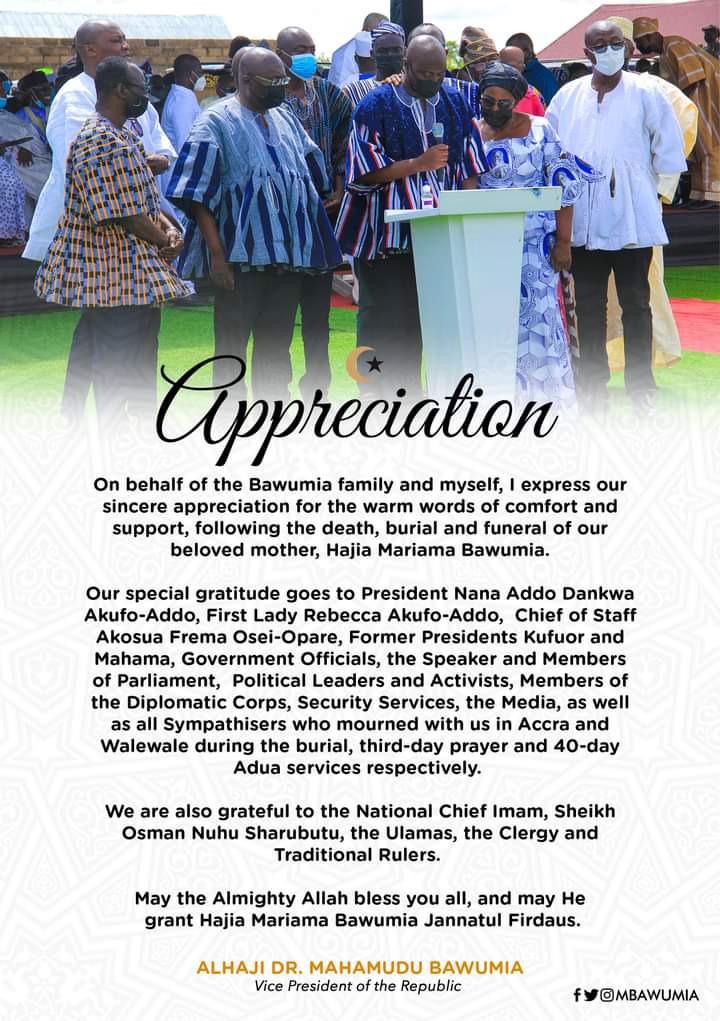