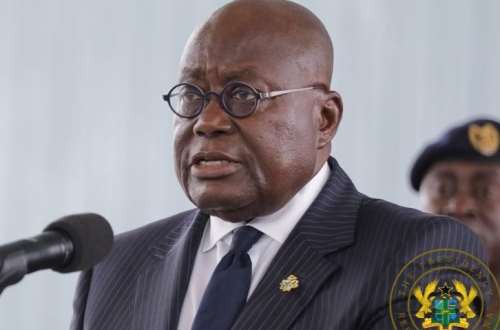 In an interview on North Star Radio in Tamale on Monday, August 8, President Akufo-Addo rejected calls to reshuffle cabinet ministers.

In the last year, there have been increasing calls for the President to reshuffle and fire underperforming ministers.

President Akufo-Addo has dismissed such calls claiming his ministers have performed well.

“If the output measures expectations, then I don’t have any strong reasons to heed the call. The calls come for all kinds of reasons; NDC wanting to destabilise the government is one. There are people who are also looking for jobs,” the President started.

Reacting to this, some Ghanaians on social media, particularly on Twitter, say they are just waiting to do the 'reshuffle' themselves in the coming 2024 general elections.

Their reason is that politicians have become insensitive to their cries no matter how urgent it's, but only become humble when elections are approaching.

One Netizen wrote, “Ah, what do you mean? The driver is comfortable with the conductors. If you have anything to say, please wait till December 2024. That's the only period politicians listen. Just chill, bruv.”

Another adds “What is RESHUFFLE? It should be firing rather instead of reshuffling. If it's bad it's bad. No need for reshuffling but FIRING."

But others also believe that a ministerial reshuffle is not needed because “the value of whatever service they're giving us would still be the same after the reshuffle, so it is a good thing the president has decided not to waste our time.”

Check the full reactions by some Ghanaians on Twitter as shown below; 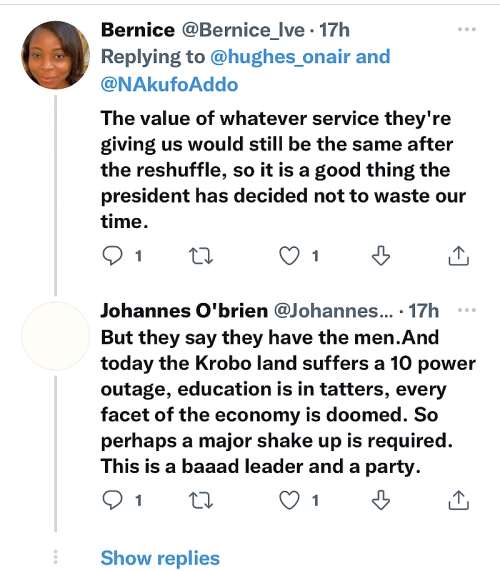 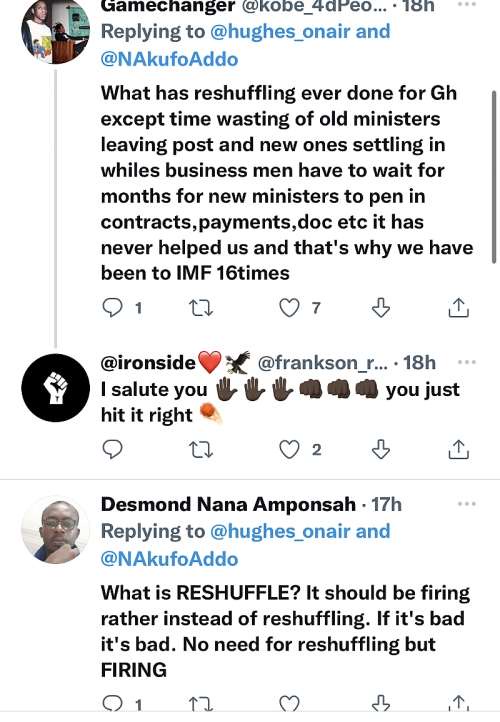 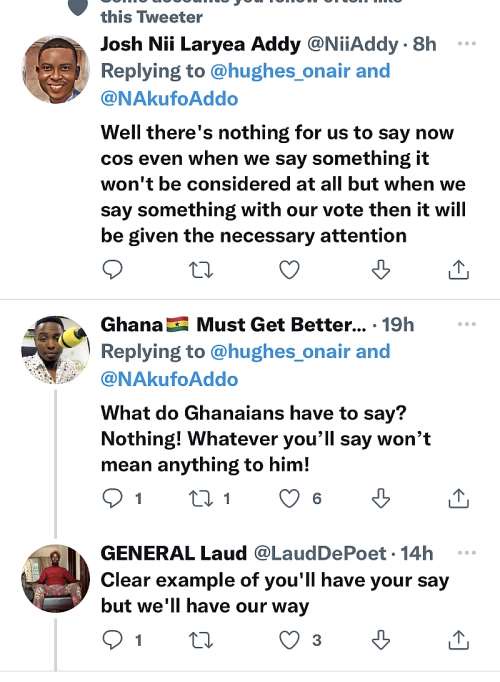 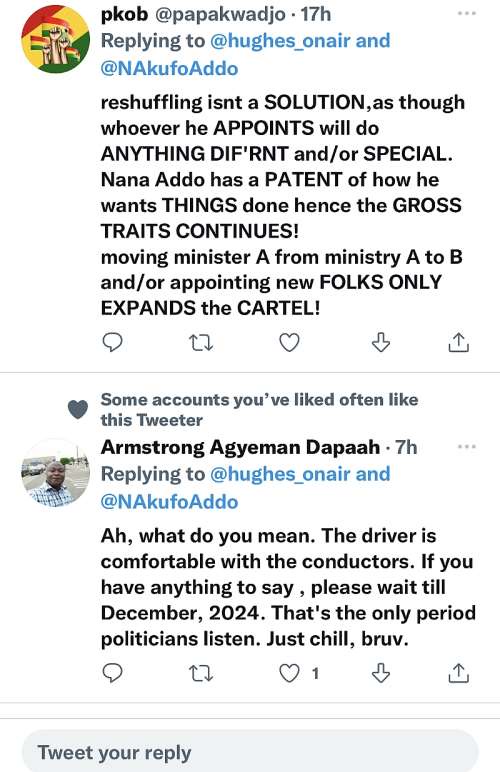