"Why Did Mahama Allow His Wife To Take The Allowances?" Ghanaians To Sammy Gyamfi 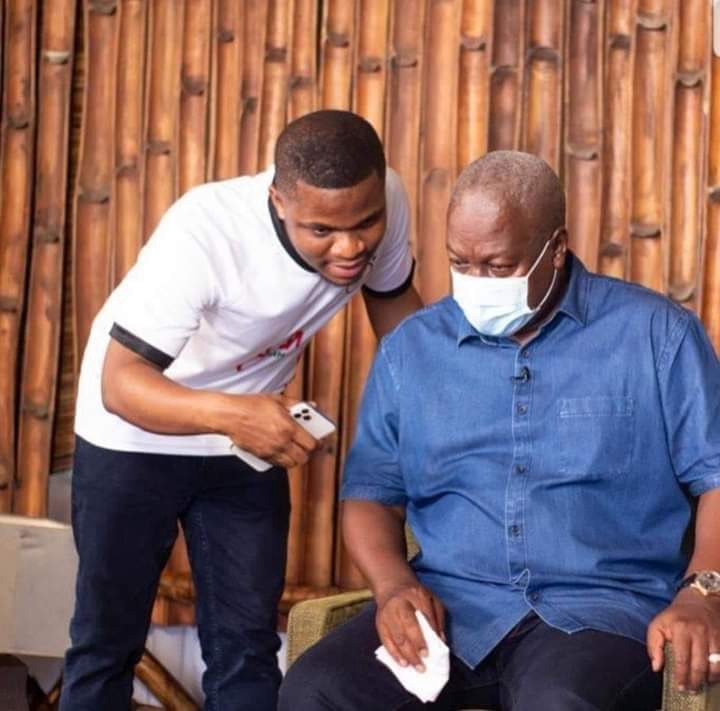 The National Communication Officer for the National Democratic Congress, Lawyer Sammy Gyamfi has put former President, John Dramani Mahama into trouble again after saying that, "All Politicians are not the same. Some are greedy but others are selfless" when John Dramani Mahama expressed his view on Presidential Spouses brouhaha trending in the country.

Ghanaians have questioned Sammy Gyamfi that why did Mahama allow his wife to take the allowances which NPP government led by President Nana Akufo-Addo is trying to do the Same for their wives today?

According to Ghanaians, they know that Presidential spouses are being paid long time so why should Sammy Gyamfi be addressing former President John Dramani Mahama as saint amongst all past leaders in the country? Sammy Gyamfi's statement on his social media wall has put his leader into a hot water as Ghanaians jabbed him again.

According to some Ghanaians, the most "greedy" person they have ever known in their life is John Dramani Mahama and questioned that "how can you still wanna be president after all you had in your term of office?" They stated that Mahama reign from unite committee to assembly man, from assembly man to DCE, from DCE to MP, from MP to deputy minister, from deputy Minister to main Minister, from Main Minister to vice president, from vice President to President, from President to Ecowas president so why should Mahama contest an election again?

Some people stated that Presidential spouses are always being paid by the state and this time round, it is about regularisation and details that wives of Rawlings, JA Kuffour, John Atta Mills, John Mahama were paid during their tenure as first ladies in the name of allowances with complicated adjectives describing them.

"It petitions my thinking when we the half-enlightened ones agree they were never paid and it is to start now. It would rather benefit Ghana if their salaries are regularized. Why? Because their salaries become taxable incomes" someone said.

Someone stated that: Sammy, you never disappoint. You are talking about greedy and selfless leaders? Mr. John Dramani Mahama John will do worse especially you being part of his team when he wins power.

Someone told Sammy Gyamfi that John Dramani Mahama should refund all the allowance(s) paid to his wife over the past 13 years including his hypocritical self. "This populist act will only deepen his stay in opposition" he added.

Someone questioned Sammy Gyamfi that: Oh really? Why then did he allow Lordina to take the allowances up to today as we're being told? Did he not have to stop her? If he is as selfless as being portrayed, why is he not giving someone else the chance to come and lead the NDC but still trying to get more after all that he's had from the country?