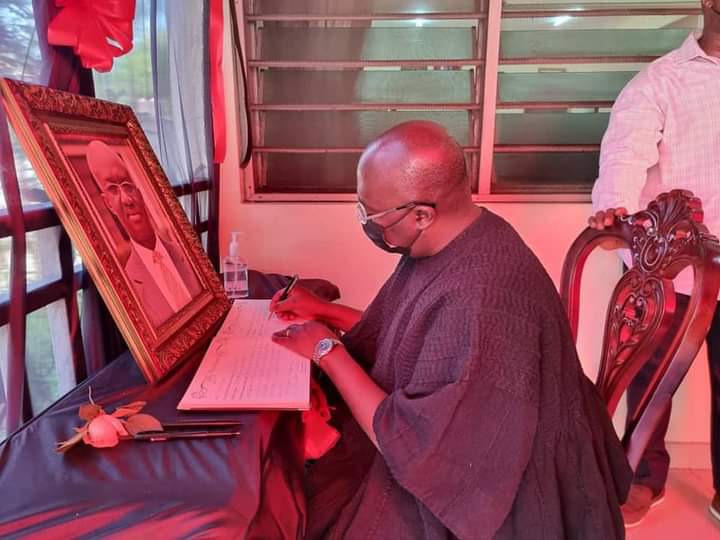 Earlier today, Vice President Mahamud Bawumia paid a commiseration visit to the family his late friend and former Aviation Minister, Kofi Adda, who died in the early hours of Thursday October 14, after he was rushed to hospital for medical attention following a brief illness. While at the residence, Dr. Bawumia, who was accompanied by high ranking members of the NPP including General Secretary, John Boadu, interacted with bereaved family members before proceeding to sign a book of condolence opened in honour of the former Navrongo Central Member of Parliament. 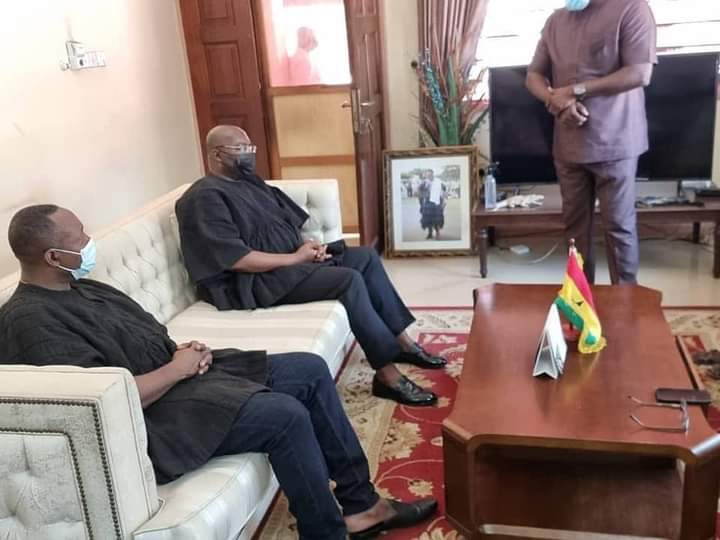 The Vice President paid emotional tribute to the late Kofi Adda, revealing a deep sense of loss and regret for their bond that has now been cut short by the death of a man he described as honest and a good brother.

"I cannot believe that you are gone. So sudden and without notice. Only a few weeks ago, you visited and we discussed the future. I am so crushed by your passing. We believe that God knows best. You were a good and honest man. A kind man and a good brother. We will Miss you. May your soul rest in peace," the Vice President Wrote. 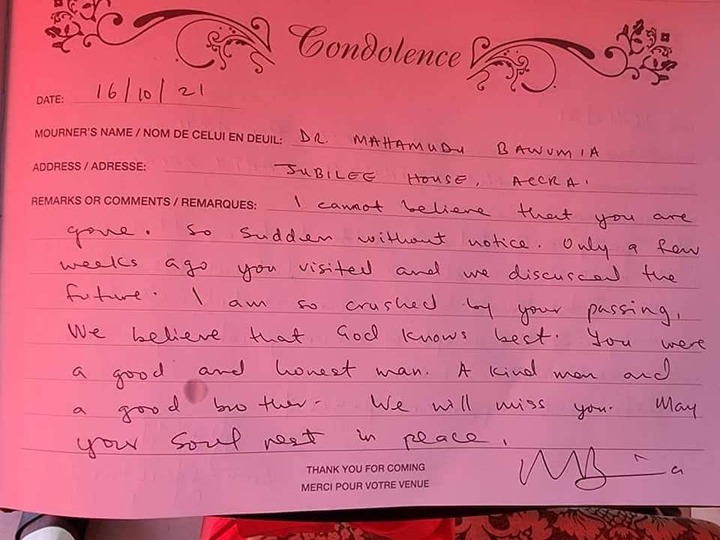 During his life, Mr. Kofi Adda served three terms as member of parliament for Navrongo. He also served in the Kuffuor's administration as employment minister and later as Energy Minister. After the NPP won power in the 2016 elections, President Akufo Addo appointed him as Sanitation and Water resources minister and later as head of the aviation ministry.